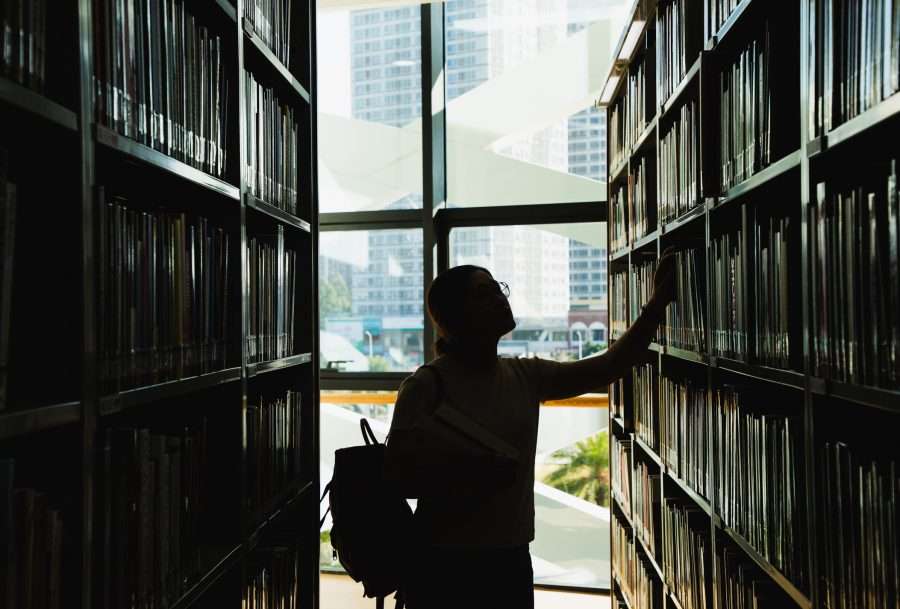 In Susan Finlay’s novel ‘The Jacques Lacan Foundation’, a working-class British trickster blags her way into American academia, exploring the pretensions of authorship and intellectualism.

Susan Finlay gets the idea of the ‘Great Man’ of academic theory and tears it to pieces. (Kilito Chan / Getty Images)

Autumn, 2018: Lettuce Croydon-Smith, a well-heeled young woman from South London, is hard at work at the Jacques Lacan Foundation in Austin, Texas. Her task is immense: translating the only existing copy of Lacan’s secret notebook into English. But her method is unique: scanning the pages, cutting and pasting the text into Google Translate, and judiciously sprinkling a couple of ‘authenticish Frenchish phrases’ into her sui generis interpretations.

You see, Lettuce cannot speak French. Nor does she know much about Jacques Lacan, France’s most famous—and controversial—psychoanalyst. In fact, Lettuce isn’t even her real name: it’s Nicki Smith, a working-class girl from Croydon. Her research on psychoanalysis often amounts to little more than ‘afternoons with Wikipedia’ and her entire existence in Texas is fuelled by gleeful intellectual subterfuge. Croydon-Smith burns the candle at both ends while setting fire to the middle.

It’s all highly implausible, of course, but the plot for Susan Finlay’s novel The Jacques Lacan Foundation is wonderfully compelling and incredibly funny. It suspends our disbelief in an intoxicating manner and the implausibility is part of the design.

The book opens with the word ‘cunt’ and launches us straight into the drama of our narrator’s life in Texas. Finlay’s depictions of hipster Texas, Croydon-Smith’s inner life, and the minutiae of life working in a university are expertly handled in a novel which doesn’t get past the 200-page mark.

The act of titling any novel with the term ‘Jacques Lacan’ is both challenging and provocative. For those familiar with his work, Lacan tends to provoke extreme, contrasting reactions: uninhibited adoration or sheer contempt. But it works on another level, too: a signifier, a byword for a form of foreign, unfettered pretentiousness, or theoretical obfuscation. In choosing the title, Finlay promises an allowance for some theoretical interpretation by the reader.

Yet the novel itself dismisses any form of theoretical interpretation. Sure, one can read Lettuce Croydon-Smith’s freewheeling life as some madcap realisation of Lacan’s key concepts: the Real, the Imaginary and the Symbolic on a collision course through the Texan landscape. But to do so feels like doing the novel a disservice: it’s not Lacanian theories that bring Finlay’s writing to life. Instead, it’s the depictions of characters in Melanie Klein cosplay, the cameos by Kate Moss and Melanie Griffith, the description of an experimental film as ‘smart and awesome and looked like the kind of shit that got commissioned by the UK’s Channel Four’.

Finlay gets the idea of the ‘Great Man’ of academic theory and tears it to pieces. Her academia is a world where both Melanies exist on an equal plane, where authenticity and plausibility are commodities to be exchanged rather than declarations to be admired.

In turning academia inside-out in such a fashion, Finlay allows us to reflect upon the immense powers and dangers in disconnecting intellectual work from its origin and reconnecting it to an entirely new horizon. Certainly, Jacques Lacan did not determine his own reception in Britain or the USA, yet his work has been popularised in fields far from his original concerns, particularly that of film studies.

These encounters rely on the source theory being loosened through the process of travel and translation: one can almost make the theorist say what you want them to say. The dangers are implicit; the charges of fit, or lack of fit, can lead to further accusations of elitism, particularly if a theorist or theory is presented as ‘important’ without arguing the case for inclusion other than by sheer assertion. The power of travelling theories provides a challenge to other intellectuals; they are deployed as a form of intellectual positioning.

Finlay’s depiction of ‘The Jacques Lacan Foundation’ is teeming with these types of intellectual posturing. In fact, the novel relishes in the dramas within the operations and administrative practices of institutional life with Lettuce Croydon-Smith as the vehicle and the Lacan Foundation as the vector. But it is Finlay’s irreverence which supplies the engine. At one point, Croydon-Smith confesses that she ‘had an urge to be as honest as possible in the hope that it would lead me to the sort of trouble I like best’. Often, this trouble becomes a catalogue of unmasking her administrative colleagues, but it would be mistaken to assume that the novel exposes Lacan or theory, French or otherwise, as a sham. Instead, the novel’s suspension of the conditions of ordinary life invites readings of theory both close and wide, often under the cover of chaos. It is as if our narrator rejects the intellectual scene in which she finds herself but is also saved by it.

Susan Finlay’s talents as storyteller, freewheeling theorist and popular culture expert blossom in the novel. It’s a delight to read, careering through connections between concepts and characters often assumed to be discrete. But this isn’t merely exciting prose: in a warped political culture where the very notion of the humanities is under severe threat, how can a writer not be attuned to questions of ethics, academic or otherwise—to the complex business of lying, of fabricating worlds, of role-playing within the class system, and of presence and absence? The Jacques Lacan Foundation is a vindication of humour and style over theoretical solemnity, an assertion of a dynamic and necessary engagement with ideas from abroad, and a priceless guide in how to conduct oneself with poise and panache.