Home / News / Joe Biden Promised a Public Option for Health Care. What Happened to It? 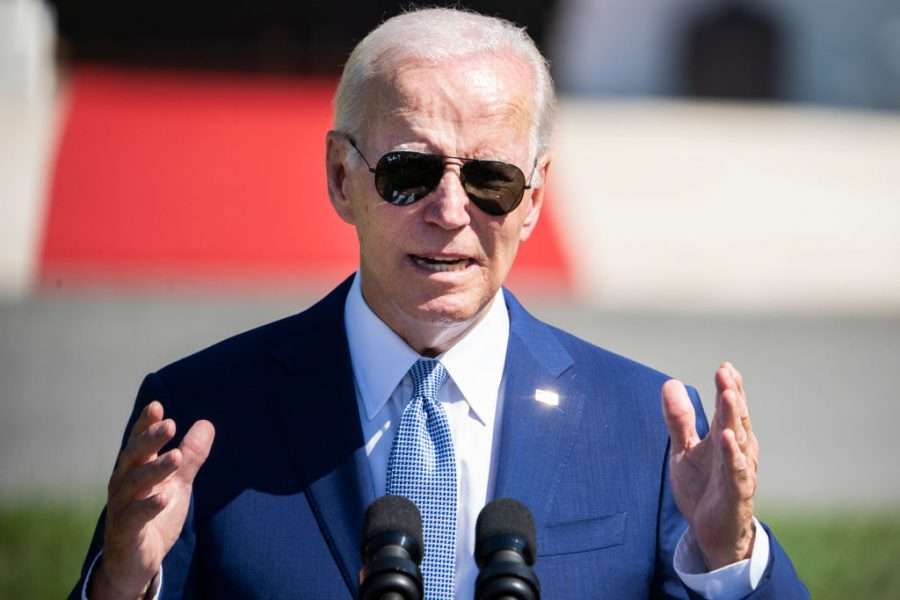 On the 2020 campaign trail, Joe Biden and much of the rest of his party promised to pursue a public option for health care. We haven’t heard a word about the public option since.

President Joe Biden has, not once since his inauguration, mentioned the public health insurance option he and every single competitive Senate Democratic challenger promised voters during the 2020 election.

The idea of creating a government-run health insurance plan that people could buy into has completely disappeared from the political conversation in Washington. Instead, Democrats have opted to deliver tens of billions of dollars of new government subsidies demanded by private health insurers that have funneled millions of dollars into Democratic campaign coffers.

In their latest spending bill, Democrats once again chose to give $42 billion in additional subsidies to private health insurers to help steer people into plans that feature high out-of-pocket costs and routine claim denials, as those insurers continue to raise premiums.

While pundits frequently raise questions about how much money a single-payer health care system would cost, no one in Washington ever seems to consider the cost of the subsidies being used to prop up the health insurance industry. The total cost of the ACA subsidy scheme would likely exceed $800 billion over a decade if these expanded subsidies are renewed down the road, according to a Lever review of government analyses.

On Sunday, the Senate passed the Inflation Reduction Act (IRA), a spending bill that — among other key health care provisions — would extend expanded federal health insurance subsidies for another three years. The expanded subsidies were first enacted last year in Democrats’ American Rescue Plan Act to lower premiums in 2021 and 2022 for people buying individual health insurance plans through the ACA marketplaces.

For much of its history, the ACA’s premium tax credits only went to poorer families, creating what was known as a “subsidy cliff” that made it difficult for middle-class households to afford exchange plans. The American Rescue Plan expanded the eligibility criteria for these subsidies, with the policy halving monthly premium payments for millions of Americans.

Those subsidies are set to expire soon; without their extension, millions of marketplace enrollees would receive notices about sharp premium increases in October, shortly before the November midterm elections. Making matters worse: Insurers are preparing to hike premiums more than they have in recent years, with a median proposed increase of 10 percent for Americans on individual plans, according to a recent review by the Peterson Center on Healthcare and the Kaiser Family Foundation.

According to the Center on Budget and Policy Priorities, the IRA proposal would prevent 3.1 million Americans from losing coverage, while lowering premiums for millions more. And thanks to the expanded subsidies, 2.8 million more people received the tax credits in 2022 than in 2021.

While the subsidies are clearly helping millions of Americans gain or keep health insurance coverage during the COVID-19 pandemic, they are also a costly and remarkably inefficient giveaway to the health insurance industry at a time when such companies are raking in sky-high profits — all while health care costs remain the top financial concern for US adults.

“The First Thing I Would Do as President”

During his presidential campaign, Biden pledged to build upon the ACA, commonly known as “Obamacare,” by providing Americans with a “choice to purchase a public health insurance option like Medicare.”

In 2019, Biden said: “The first thing I would do as president is say, look, here’s the deal: We’re going to eliminate all the changes that [the Trump] administration made trying to kill Obamacare, number one, and we’re going to add to it a public option.”

Democrats previously debated including a public option in the ACA in 2009 and 2010, before dropping the idea at the behest of the health insurance industry and conservative Democratic senators who all went on to become corporate lobbyists or join Washington’s lucrative influence industry.

Biden and the Democratic establishment once again pitched a public option during the 2020 campaign, as a compromise measure that could satisfy progressive voters demanding Medicare for All, and one that would stand a better shot at passage in Congress.

However, Biden has failed to push for such a vision since becoming president, with Democrats instead rallying around expanded subsidies for ACA plans — an idea ripped straight out of a list of recommendations offered by health insurance lobbyists.

In fact, since becoming president, Biden has not publicly uttered the phrase “public option” or “public health insurance option,” according to Factba.se, a website that maintains a searchable database of all of Biden’s speeches and interviews.

There was a brief mention of “creating a public option” in a White House fact sheet for Biden’s proposed American Families Plan last year, though Biden ultimately omitted the idea in his budget. As the Hill reported at the time, “While Biden supports a public option for health care, the budget did not assume the passage of any such proposal, leaving out key questions about costs and how to pay for it.”

And while it seemed for a moment like congressional Democrats were poised to introduce a public option bill, it wasn’t long before even progressive lawmakers gave up on the popular idea, despite long touting Senator Bernie Sanders’s (I-VT) Medicare for All legislation that would offer every American government-run health coverage.

Just five months into Biden’s presidency, Congressional Progressive Caucus chairwoman Pramila Jayapal (D-WA) deemed the idea “much more difficult than lowering the Medicare eligibility age and expanding benefits.” Democratic proposals to lower the age of eligibility for Medicare and add dental and vision benefits to the program have now also been shelved.

“Every American deserves access to affordable coverage and high-quality care, and the Senate’s action will continue vital support that millions of hardworking American families need to purchase their own health coverage in the years to come,” said Matt Eyles, president and CEO of AHIP, in a statement.

PAHCF spent $60 million in 2019–20, according to its tax returns. The group’s activities appear to have grown more sporadic in recent months.

Last week, the Health and Human Services Department (HHS) announced that the national uninsured rate hit a record low of 8 percent in early 2022, in part thanks to the ACA subsidies.

While this may qualify as an accomplishment, a relatively small percentage of people get their insurance through the ACA marketplace, since most Americans are insured through their employer or public coverage. Enrollees in ACA plans also tend to experience high rates of claim denials, in addition to steep deductibles and out-of-pocket costs.

Besides, the news out of HHS means that tens of millions of Americans still lack health insurance, while many millions are still underinsured, meaning they cannot afford health care services despite paying for coverage.

Millions more Americans could lose Medicaid coverage when the designated COVID public health emergency ends. Worse still, Senate Democrats failed in the IRA to close the Medicaid coverage gap for low-income adults in states that have not yet expanded the program since ACA passage.

Some states have taken matters into their own hands. Colorado, for instance, is creating, through an approved federal waiver, a public option plan that will be sold on the ACA exchange and could lower premiums by an average of 22 percent.

However, Congress has not made any earnest effort to advance Medicare for All legislation, or even a federal public option proposal, despite the fact such a plan could be significantly more affordable for Americans and the federal government alike.

The new ACA subsidies will surely help millions, but it’s a very expensive way to expand coverage. If you consider the cost of the existing ACA subsidy program as well as the new subsidies, assuming they are made permanent, the total cost to the federal government would be roughly $825 billion over a ten-year period.

By contrast, an April 2021 report from the nonpartisan Congressional Budget Office (CBO) found that a public option, depending on how it’s designed, could increase federal revenue — not to mention lower people’s monthly premiums and reduce administrative costs. Going a step further, as the Lever previously reported, a single-payer health care system like Medicare for All would confer several significant benefits, including eliminating premiums, increasing longevity, and boosting the overall economy. And, according to the CBO, such a system could generate as much as $650 billion in federal savings annually.