Home / News / Wall Street, Not the Kremlin, Is Primarily to Blame for Rising Commodity Prices 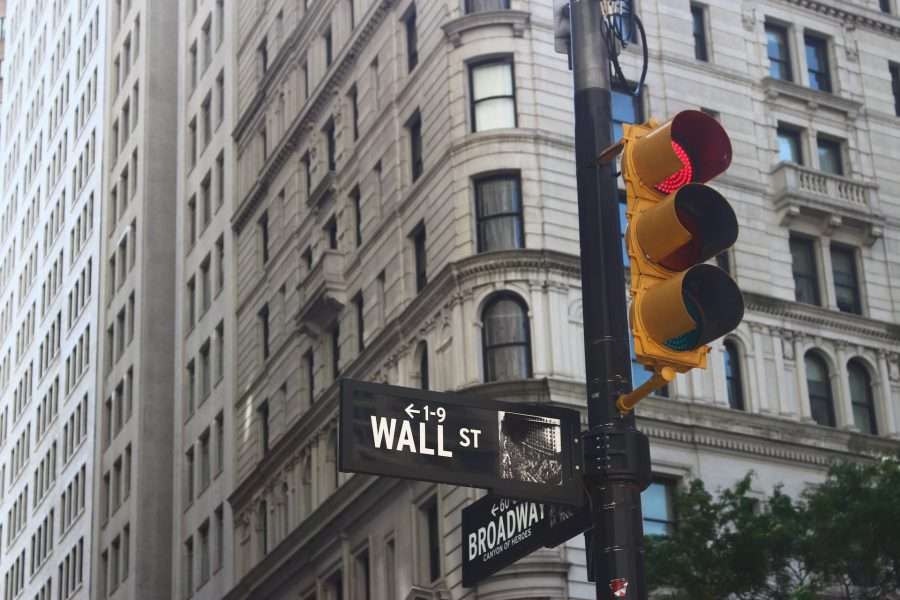 The mainstream narrative is that Russia’s war is singularly to blame for the rise in commodity prices. This is wrong. Speculation on the part of investors, uninvolved in the production or distribution of goods, is primarily to blame for inflation.

The Kremlin’s war did not create a Malthusian nightmare of too little food and fuel for too many people. But financial speculators in Wall Street and the City of London bet that it would, causing global prices to boom. (Roberto Júnior / Flickr)

On July 5, the markets admitted they made a mistake. Despite betting for months that the war in Ukraine would produce a global shortage of wheat, speculators now believe that the hostilities will have had no meaningful impact on supply. That’s why the news that Russia will allow Ukraine’s Black Sea wheat exports to resume has barely registered. By the time that the belligerents came to this agreement on July 21, prices had already been “corrected” sharply downward to prewar levels. Then on August 4, oil prices also sank below their prewar price, marking a second admission by the market. Right now, just as much oil flows into the veins of the global economy as it did before the war began.

The Kremlin’s war did not create a Malthusian nightmare of too little food and fuel for too many people. But financial speculators in Wall Street and the City of London bet that it would, causing global prices to boom — and now bust. This speculation led to months of eye-watering prices based not on economic fundamentals but perception.

Why did the markets get it so wrong? As the Nobel laureate Robert Shiller has shown, behind every price move there is a narrative. In the weeks following the war’s outbreak, headlines issued dire warnings of crippling sanctions, embargoed oil, stranded wheat rotting in silos, blocked Russian ports, and Black Sea blockades. All of these stories were, in a literal sense, true. But the question is whether these “facts” justified the skyrocketing prices that followed.

The verdict, based on the most recent market correction, is a firm “no.”

This is not just a function of hindsight. For one, even oil embargos with broad international support fail to stop barrels crossing borders, let alone the lopsided and loophole-ridden effort from the United States and Europe to limit Russian exports. Warnings of a coming global food crisis assumed that Russia and Ukraine’s wheat exports — 25 percent of the global total — would be stranded forever. But physical commodity traders are remarkably resilient at overcoming barriers — be they war zones, tariffs, the Drug Enforcement Administration, or pirates.

Russians and Ukrainians alike stood to profit greatly from getting siloed grain to global markets since prices at the start of the year were already elevated. It’s no surprise that they did indeed find ways to do so: by reviving river routes, using Romanian ports, and smuggling stolen grain. Even if none of their combined grain left, their Black Sea exports make up just 0.9 percent of global wheat production, and grain stockpiles were already rising across the world in March as farmers had expanded production in 2021.

But these stories of resiliency were overwhelmed by the avalanche of stories of crisis. And as with all speculative bubbles, once cash poured in and pushed up prices, the resulting higher prices “confirmed” the initial story, eliciting fresh capital sending prices even higher. This self-fulfilling prophecy even played out on Reddit message boards, where just as in 2021’s GameStop bubble, posters hyped prices.

Commodity exchange traded funds received $4.5 billion in a single week as retail investors ploughed their savings into the latest get-rich-quick craze. Institutional investors likewise poured money into the commodity markets, not because of any belief about fundamental supply and demand but to diversify their portfolios with an “inflation hedge.” Soon commodities soared past 2008’s record highs, and the United Nations secretary-general warned of yet another “global hunger crisis.”

In June the narrative began to change. The images of smoldering ruins from shelled Ukrainian cities no longer led the nightly news. Instead, stories of inflation, interest rate hikes, and a coming global recession ascended. Sentiment flipped. Traders replaced their fears of a shortage of wheat and oil to a drop in demand. Citigroup predicted crude oil was on course to $65 a barrel by the end of the year, and $45 by the end of 2023. Speculators reversed their bets. Prices crashed.

This isn’t the first time the markets have predicted a food crisis that never came but sent prices soaring nevertheless. The “global food crisis” of 2008, when high prices pushed 155 million people into extreme poverty and triggered riots in forty-eight countries, was driven not by fundamentals but excessive speculation, according to the UN special rapporteur on the right to food and the UN Conference on Trade and Development (UNCTAD); even Goldman Sachs admitted that “without question increased fund flow into commodities has boosted prices.” Another speculative onslaught in 2010, owed to fears of quantitative easing–driven inflation and Russian wildfires, triggered the Arab Spring protests. In both 2008 and 2010, the global food system produced more food than at any earlier time in history.

Historically, soaring prices in times of plenty is uncommon. When Marie Antoinette allegedly quipped “Let them in cake” after hearing that French citizens could not afford bread, there was a genuine shortage of wheat.

Furthermore, geopolitical shocks do not always necessarily translate into price shocks. From 1984 to 2004, commodity prices enjoyed remarkable stability despite the collapse of the Soviet Union, the rise of the Asian Tigers, and two Iraq wars. In fact, when George W. Bush invaded Iraq in March 2003, oil prices fell.

The disconnect between perception and reality became apparent in 2006, when food prices began to rise despite increasing global supply. Excited by booming emerging markets, financial investors took advantage of the Commodity Futures Modernization Act (2000), which removed the Franklin D. Roosevelt–era regulations that had restricted outside speculation. The sober markets of the 1980s and 1990s were dominated by the physical traders of commodities, be they farmers, food processors, oil refineries, or jet airlines, who bet according to their firsthand knowledge and not on the latest headline.

But by 2008, they were a minority. Instead, financial speculators, the vast majority of whom had seen neither bushels nor barrels of anything, exercised a tremendous influence on price formation. And ever since, commodities have suffered disastrous cycles of boom and bust, each one unleashing a wave of destruction across the world.

In 2022, even the United States could not escape the chaos. The Biden administration surrendered to the crisis story that high commodity prices were a logical result of war and sanctions. The collapsing prices amid continued fighting have now exposed this as a myth. The source of the chaos is not “over there” in Donbas but “over here” in the West. Without question, Vladimir Putin started this war of his own volition. But it was Wall Street that turned a conflict in Eastern Europe into a global food and energy crisis. Both the commodity exchanges where futures are traded and the speculative financial capital that flows into them operate on US soil and are subject to US regulations.

Biden has had the power to bring order to these markets all along. He needs to put those who make, distribute, and sell physical commodities back in charge of prices, just as Roosevelt had done when he faced speculative chaos in the commodity markets. Then we can stop the market’s fears become our nightmarish reality.