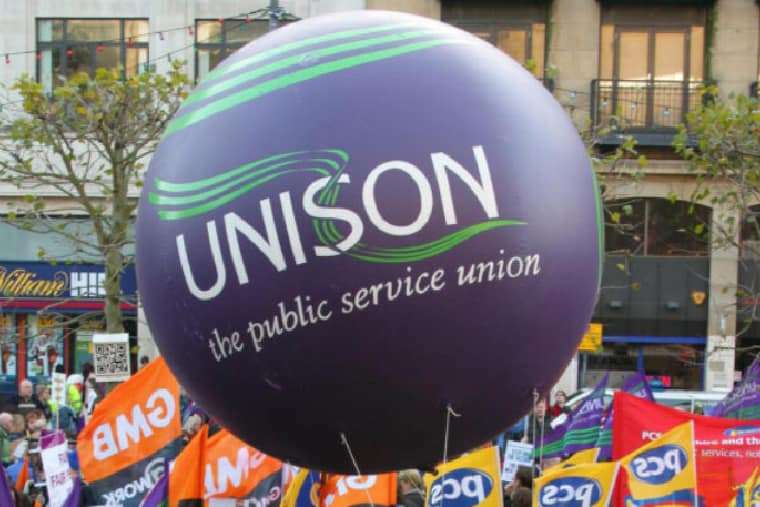 Can unions keep up the momentum? (Picture:Flickr/Nick Efford)

Unions are asking hundreds of thousands of health workers if they are prepared to strike over pay. If the answer is a big enough yes, it could electrify the fight over the cost of living crisis.

Activists say the mood to fight is strong, but union foot-dragging risks dissipating the anger and reducing the voting turnout to below the crucial 50 percent level under Tory anti-union laws.

The Unite union, representing laboratory staff and others, has begun a five-week consultative ballot. The nurses’ RCN union will ballot for strikes from 15 September. And the Unison union is balloting for strikes—but not until 3 October in Scotland and 27 October in England.

But Janet Maiden, a nurse and Unison activist, worries that separate and drawn out plans for industrial action will weaken the battle for pay.

“It’s exciting to see so many workers on strike. And it’s even better now that different health workers are being balloted to fight for better pay,” she told Socialist Worker.

“But it would be even better to see Unison collaborating and getting itself in gear sooner.” Janet added that the cost of living crisis, plunging many workers and nurses into poverty, has to be stopped now rather than later.

“The issues we face—rising bills, poverty and being unable to afford food—aren’t going anywhere. And it’s only going to get hard if we don’t strike now.

“Bills are going up again in winter and already nurses around me are in distress about how they’ll make ends meet.” In her workplace last week younger nurses who are in the RCN union were discussing going on strike and asked questions about how it works.

“They were talking about not giving notice and being ready to just walk out,” Janet said. “If we all came out on the same day that would be a real show of strength.”

But, “Unison really knows how to pop the bubble of anger and enthusiasm. The reality is members are being stirred up now. They want to fight.

“And the £1,400 pay rise we’ve been offered will start going into people’s accounts while balloting is going on. For some people that is a lot more than what they’re getting now.

“There is a need for urgency to get on with it quicker. Otherwise, we could be having arguments about fighting for the difference between what we want and what we’ve been given.”

Unison instead is “too busy” trying to follow anti-union laws that stifle momentum. Janet explained, “Bureaucrats are scratching their heads, wondering how they can get higher than the 25 percent turnout we had last year.

“They’re always behind the membership. And they make you feel like you can’t fight properly in any union.”

Janet added it was important that a meeting of the health executive team was called as soon as the ballot plans were announced.

“But now we need to re-examine the timetable for the ballot. If nurses who are new to trade unionism and action are ready for strikes, that must be happening in little pockets everywhere.”

Janet said the task for activists in Unison now is to “look out for potential new activists while fighting this pay battle.” And to fight for the future of the NHS, with low staffing numbers a constant issue while on shift.

“It means we can find out who’s out there,” she said. “Situations like this always throw up amazing people in corners you didn’t expect to find them.

“We also have to argue with people who say that we’re paid better in comparison to others. People say it’s not okay for us to leave our patients. But they’re suffering now anyway.

“We’re demoralised, so patients will continue to suffer more as more nurses quit. A number of colleagues say they’d earn more in Costa. We’re talking about the future of the service here.”

Striking while the momentum is building is vital for successful strikes to win pay. But it’s also crucial to build workers’ confidence to inflict the changes across society that are desperately needed.