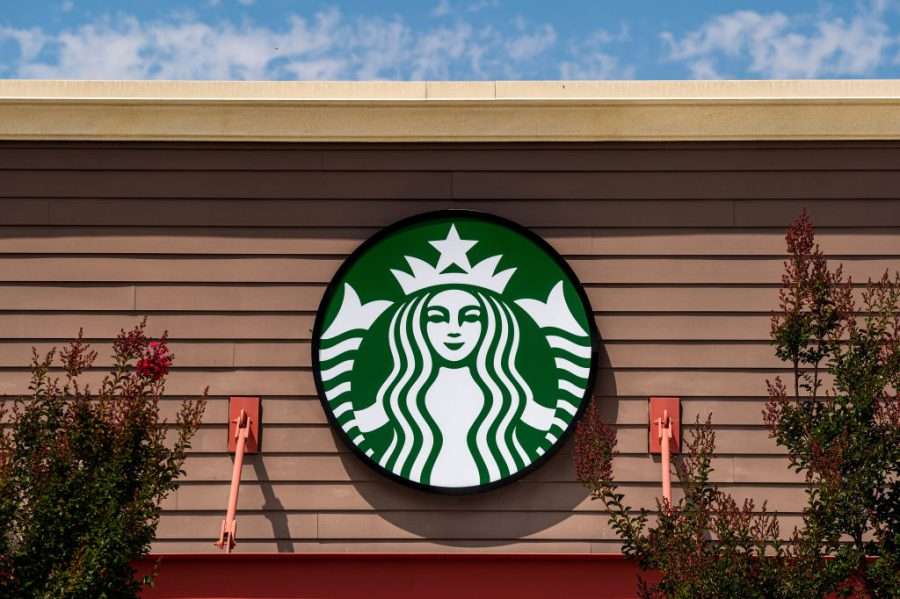 How bad has Starbucks’ union busting gotten? The company is accusing workers at a South Carolina store of kidnapping their boss. We spoke with one worker about the absurd charges and how they unanimously won their union vote in a notoriously anti-labor state.

Unionizing employees in South Carolina were accused of kidnapping their boss and placed on leave. (David Paul Morris / Bloomberg via Getty Images)

In June, the Starbucks unionization wave reached the US South. The most decisive victory in the region came at a store in a deeply conservative corner of South Carolina, the state with the lowest union density in the country.

That store was the Starbucks off I-85 in Anderson, South Carolina. Notching the first unanimous win south of the Mason-Dixon, workers there voted 18-0 to unionize and have since gone on strike twice, demanding better pay, equipment, and staffing. The company isn’t budging, and neither are the workers.

In a new escalation on August 1, workers handed their store manager a list of demands and filmed the interaction as she made a phone call about it. According to the Anderson Independent Mail, it was the manager’s first day at the store. She then filed a report with the Anderson County Sheriff’s Office claiming the workers had prevented her from leaving the store and that one had assaulted her. A viral TikTok video uploaded by Starbucks Workers United and an audio recording of the meeting seem to indicate otherwise.

All the store’s employees are now on paid leave, pending the investigation, and have been banned from entering any Starbucks location. The store is also closed temporarily.

The union’s fight has garnered national attention and solidarity from organized labor. Vermont senator Bernie Sanders took notice earlier this week, writing in a tweet, “I cannot believe I have to say this, but workers who are organizing for better working conditions should not have to deal with their boss accusing them of kidnapping and assault. How outrageous. This campaign of rampant union-busting from Starbucks has got to end.”

South Carolina writer Paul Bowers spoke with Aneil Tripathi, nineteen, the store’s union representative, who was working as a shift supervisor until the August 1 incident.

Y’all have had to go on strike twice this summer to get your point across, and you’ve been specific about your demands each time. Have those demands changed now? With the way things stand, what do you want from Starbucks?

Number one is reinstatement of all the partners. We were expressing a protected right under the NLRA [National Labor Relations Act], and then Starbucks has these wild accusations of assault and kidnapping. So as of right now, our demand is just getting every single partner back into the store — because we all love what we do — and fighting for that contract.

Where were you in the contract negotiation process before the August 1 incident? Had you made any headway with management?

Basically, they have said they are not going to sit down and have a contract process with us. Howard Schultz has said he’s not going to recognize a union.

So it’s been an uphill battle. The attorneys that are representing Starbucks, from Littler Mendelson, have been denying bargaining requests and info requests to stores, hoping to have the unions fizzle out and not bargain over a contract.

Workers and supporters rally outside the shuttered Starbucks in Anderson, South Carolina, on August 8, after all the employees were placed on leave and banned from entering the company’s stores. (Courtesy of Starbucks Workers United)

As far as the accusations of kidnapping and assault, those don’t seem supported by the video evidence. Are you still facing charges? Have you had to speak to police?

We spoke to police, I believe, last Wednesday, but we haven’t heard anything since. So we’re not sure where that stands.

But Starbucks has taken every opportunity to highlight that and paint us as the villains.

Your store was the first in the South to win a union in a unanimous vote. You were also one of the first Starbucks unions in South Carolina. How did it feel to be among the first wave in your area?

It definitely was shocking when we sat down on Zoom with the NLRB, our lawyers, the Starbucks lawyers, and the district manager. They were doing mail-in ballots at the time, so we watched them open them on Zoom. I expected a couple of no votes. Our threshold at the time was ten yes votes, so as soon as we got to ten, we were really excited, and then they kept going with yes votes, and we kept getting more excited.

Then we found out we were the first unanimous store in the South. It’s crazy to think that in a 70 percent Trump county, in a 1.9 percent union-membership state, our store was the one.

It’s been great to see all the partners coming together, and I think it really sent a message to Starbucks that our store is together, and you can try to pull whatever union-busting tactics you can, but at the end of the day, we’re gonna be stronger together and not back down from this fight.

One thing about organizing in South Carolina is there are so few people represented by unions that, unless you happen to have a longshoreman in your family or something, it’s not likely you know people who are part of a union or can walk you through the practical steps of getting it done. Did you and your coworkers have any points of reference or people in your lives you could reach out to for advice as you entered this process?

All of our union forming was through our parent union, Starbucks Workers United. I remember very vividly the Sunday that I sent the email. I was with three partners when I needed six on the floor, and my district manager said, “Use the Playbuilder, figure it out.” Meanwhile, I can hear in the background she’s watching some TV show.

So I sent the email to Starbucks Workers United. They got me in contact with one of their partners that was organizing stores and walked me through the entire process of getting everyone to sign union cards, signing the letter that we’re going to send to the company, getting prepared for the union-busting tactics that Starbucks will bring, and then finally the union election.

Workers United was very good at getting us ready for all the stages, because our union is a little different. It’s partners helping other partners. It’s not a third party coming in. We had partners talking to us about this process. They understand how it is in a store, how it is with short staff, how it is to have a machine break, all this stuff coming at you at once, and then upper management not having a care in the world. When partners reach out to other partners, we have a different vibe than a union rep coming in and telling you all these things.

Rewinding a little bit, you said that night at the store you had three partners when you really should have had six, and your manager said, “Use the Playbuilder”?

It’s this app that Starbucks created where the shift supervisors can plant certain people certain places, and it tells you what roles to fill in the store. Typically, you have a drive-thru partner, two bar partners, a front partner, a support partner, and a partner we call “customer support” — restocking the lobby, cleaning the lobby, changing trash, and getting the bar stocked. Typically, you would have six partners, but I only had three, so each partner had two roles at once, which, when your line is wrapped around the building, it’s fairly hard, next to impossible, to make drinks and put food in the oven.

So she told me to use the Playbuilder, and Playbuilder told me to have one person do four roles and one person posted on drive-thru. It just didn’t make sense. I aired that frustration with her and she’s like, “Well, that’s the way we do it, so . . .” That’s all I was given.

Anderson, and the Upstate in general, can be very conservative. Like you said, it’s Trump country. What has been the response, though, from the community and your customers during these strikes? What are you hearing from them?

We love our regulars and the regulars love us. That’s something special about working at Starbucks. You get to know your regulars personally. You see them every morning. Our regulars have been super supportive. They come by and ask if we need anything, ask if they can do anything to support us, things like that.

As for other customers, we’ve had people bring us snacks, a cooler full of ice, all kinds of things. We’ve had a good bit of support, which I was kind of surprised by. We’re only a ten-minute drive from Clemson University, so that also might be helping. But there are also some conservative people that come by and yell at us, you know, “Get back to work,” “Starbucks needs to fire all of y’all!”

You’ve had a few groups show up to lend support. I think I saw a picture from a day or two ago of some longshoremen who came out, folks from Democratic Socialists of America (DSA), Raise Up the South. Have you met some new people through this process?

Yeah, we have a DSA member, Jacklyn, who has come to every single one of our strikes and walkouts — love her, she’s amazing — and she brought two other people with her. We met a longshoreman, he came in. We also met someone from [Association of Flight Attendants] who came in from Los Angeles. Members from Workers United came from Atlanta. Some members from SEIU, the IWW, Raise Up . . .

All in all, we had about thirty-six people at our conference and protest, and then we had around forty people on the Zoom call. So there was a lot of support there, and I think Starbucks now is trying to figure out what its best move is.

Bernie Sanders actually tweeted about our store, about the absurd kidnapping and assault charges. All eyes are on Starbucks at this point, and I think they’re trying to figure out what they can do without destroying their brand. Literally the whole country’s eyes are on Starbucks.