Home / News / I’m a Local News Reporter. To Save Local News, We Must Publicly Fund It. 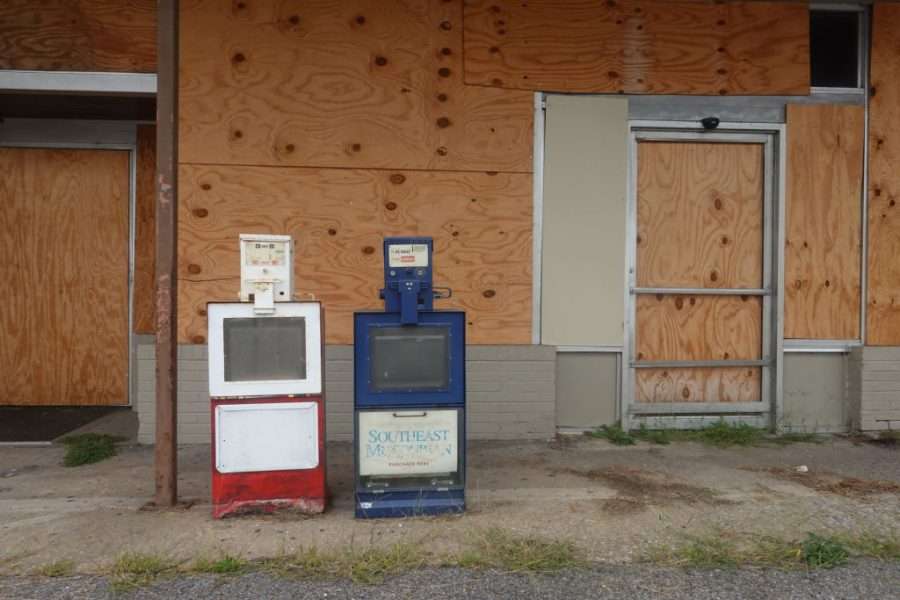 Local news infrastructure is collapsing. As I’ve seen firsthand as a local reporter, the only interventions are coming from wealthy investors, who are often angling to gin up positive coverage for themselves. To change that, we need publicly funded local news.

I worked as a reporter at a small newspaper last year. There I was paid $14.43 an hour, and became intimately acquainted with how the profit motive can twist the local media narrative. I came away with the belief that, if we’re to have any hope of a healthy media ecosystem, we must publicly fund local newspapers.

Seven years ago, my former paper, the Daily Item in Lynn, Massachusetts, was bought out by a group of seven millionaire investors, some of whom maintained an active role in its day-to-day operations. Two of these men were large-scale landlords, one with more than two hundred apartments throughout the area and the other with more than six hundred.

I found myself on the radar of these two landlord-investors about six months into my employment, after I published a handful of articles on housing which discussed informal evictions, rising rents, and the affordability crisis.

The morning after one of these pieces was released, the publisher — another investor, and former public relations professional, who lived in the wealthy neighboring suburb — pulled me aside and informed me that the two landlords had taken issue with my recent writing. He insisted that I now show anything I wrote about housing to the landlords before publication. While running my articles through a censorship bureau of some of the city’s most powerful people felt obviously unethical, as an entry-level journalist employed at will, I didn’t have much choice other than to agree.

Later that week, the publisher asked me to write a series about, of all things, housing. Throughout the monthlong process of developing the series, the publisher and my new team of landlord advisors took a heavy hand in shaping the content into a more landlord-friendly product. I was told to insert sections on the benefits of gentrification and to cut some uses of the phrase “housing crisis.” I was forbidden from quoting a major affordable-housing advocate who was perceived as too much of a troublemaker. I was required to interview both landlords, the implication being that I would feature their quotes prominently, which I did.

When another one of my bosses discovered that, shortly after I had begun working on the project, I hadn’t interviewed the landlords yet, she called me into her office and told me that “this isn’t All the President’s Men” — a direct quote — and that if I didn’t interview them soon, I would be sent home without pay.

When I eventually did conduct the interviews, one of the landlords laid it out, saying, “As you know, I’m part owner of the Item, so I want good stories.”

With other reporters, designers, and photographers, I was still able to work some more legitimate journalism into the series. But the finished product was undoubtedly different than what I would have written without this intervention. I quit shortly after. I’d learned just how easy it is to buy the narrative for a couple million dollars — pocket change to the landlords, developers, and corporations who use local newspapers as free public relations machines.

Even with the money from investors, the Daily Item was, like most local newspapers, barely scraping by.

Over the last couple of decades, changing trends in media have decimated the US newspaper industry. From 2008 to 2020, 57 percent of local newspaper jobs were lost, putting a total of forty thousand people out of work, according to a 2021 Pew Research Center study. For scale, this is similar to the total number of people employed by the entire US coal industry today.

Newspapers were particularly brutalized during the COVID-19 pandemic, with US news organizations laying off, furloughing, or reducing pay for about thirty-seven thousand workers within the first month of the outbreak, according to a New York Times article, as loss of advertising revenue left papers reeling.

More than two thousand local newspapers have been shuttered since 2004, with hundreds of counties now considered “news deserts,” with no local paper at all. People living in them are left to their own devices, forced to browse “You Know You’re From . . .” Facebook groups to learn what’s going on in their towns.

A small bump in digital media positions hasn’t done enough to offset the trend, and consequently there are far fewer people employed in local media today. The burden of staffing reductions has fallen hard on those remaining workers.

To make ends meet, the Daily Item employed a strategy of hiring reporters fresh out of college, working them for a year at $30,000, and pushing them out before they start to ask for raises. When the paper was purchased, the union evaporated, and with the union went regular wage increases and any sort of reporter control over workload.

Steadily, that workload increased. The paper expanded into several other towns without increasing staffing. Reporters were made to write for three new magazines that were created largely to serve as ad vehicles to generate revenue.

Originally, I learned from a senior reporter, writers were paid extra for writing these magazine articles. Then the compensation was removed, but reporters’ regular workload was reduced give them time to write them. By the time I started working, the magazine articles were written on top of our regular workload, with no extra compensation. And by the time I left, reporters were also made to write articles for two additional weekly publications.

With a team that fluctuated between two and four full-time reporters, we covered an area with a population of more than three hundred thousand, writing between ten and fifteen bylines a week. One of the editors referred to the paper as a “byline factory.”

Honestly, and unsurprisingly, all of this made me a pretty bad reporter. Churning out that many articles had me spread thin, and inevitably the quality of my work suffered. Instead of pursuing substantive investigative reports, I was often turning around quick-hit press releases or fluff features.

Like any rookie reporter, I didn’t start off with strong sources — and I never got the opportunity to develop them. In the beginning, there were a lot of things I didn’t know about reporting, and by the time I had learned more, I was already out the door. My fellow reporters and photographers did some incredible work with their limited resources, but they would all agree that if they were given a more reasonable workload, their coverage would improve.

All of this made the Daily Item a limited, mediocre source of news for the community. And instead of being a viable lifelong career for someone from the area, it became a short-term stop for young reporters and a graveyard for senior reporters running out the retirement clock.

A good paper needs to be well staffed by longtime reporters with deep connections and sources within the community. It’s no secret how to find these sorts of people. You have to pay them.

The legislative responses to the growing local news crisis have been laughably ineffectual.

An initiative spearheaded earlier this year at the state level by some Lynn-area legislators created a commission to study possible solutions to improving local journalism in underserved communities. Commissions are the ultimate “let me show you I’m doing something without actually doing anything” tactic. But this, at least, is more tangible than the resolution introduced by Hawaiian Democratic senator Brian Schatz that would address the problem by designating April as “Preserving and Protecting Local News Month.” (Last year, Schatz introduced his own journalism commission bill at the federal level. Neither have passed.)

The bills that actually propose doing something tend to suggest tax incentives for subscribers, businesses buying ads, and local news organizations hiring journalists. Policies like these — which haven’t received serious consideration — might have some incremental benefit but won’t stop media investors from grabbing the extra tax money while keeping salaries low and using the same burn-and-churn employment strategy. And they won’t stop papers from censoring articles that go against the wishes of their most powerful investors and advertisers.

Even the most serious policies proposed to tackle the news crisis only scratch the surface. They do not address the root of the problem, which is the existence of a profit motive in local journalism at all. We need to completely overhaul the system. A healthy, sustainable press must be funded by the public, not by private interests.

Those who think this idea is too radical to find a foothold in the mainstream should look to the public education system, as Victor Pickard does while making the argument for public funding of the press in his 2019 book Democracy Without Journalism. Despite recent efforts at privatization, most people would agree that public education is a benefit to society. It doesn’t make anyone rich, but in the long term, it makes us stronger by doing what it sets out to do: educating people.

Removing the profit motive and funding public schools through a democratically elected government pretty clearly makes for better schools and a better society. Why shouldn’t the news be treated the same way? Like schools, access to decent local news coverage is something that makes a community more informed and more able to meaningfully participate in civil society.

Some will worry about the effect of government funding on the slant of news coverage. I would ask them, Is it better that a paper be funded by a democratically elected government that could be voted out of office, or by a group of unelected millionaires with no accountability to anyone or anything except their own self-interest?

Picture hundreds of new, publicly funded independent newspapers sprouting up in news deserts throughout the country, acting not as businesses but as public services, beholden to nobody except their audiences. These papers could provide high-paying union jobs for reporters, photographers, and designers like those of teachers, firefighters, or police. Employees could afford to live in the communities they write about, strengthening their coverage with experience, and steadily rebuilding an industry on the brink of complete collapse.