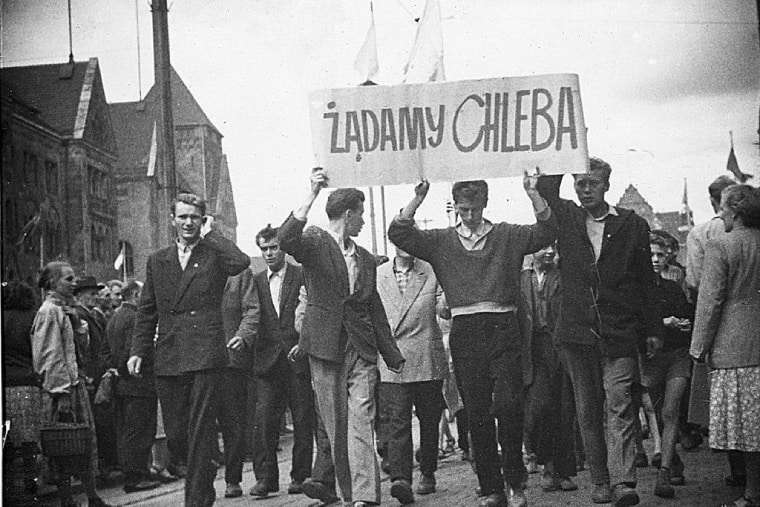 Karol Modzelewski was an inspiration to anyone fighting for a socialist society where ordinary people are in charge. He always supported workers’ struggles, right up until his death last week.

Modzelewski played a key role in the ten million-strong Solidarity rebellion that rocked the Stalinist dictatorship in 1980-1. And after it was brought down in 1989, he opposed neoliberal shock therapy.

The Poznan Workers’ Uprising of June 1956 turned Modzelewski into a revolutionary socialist. For all the Stalinist regime’s rhetoric of socialism and people’s democracy, workers had no control in Russia and the Eastern Bloc. They were state capitalist societies, where the state bureaucracy behaved like bosses in the West.

In Poznan, western Poland, workers rose up amid attacks on living standards. The Stalinist authorities sent tanks to quell the revolt, killing around 50 workers. But discontent continued to bubble across the country. Rebellious Lechoslaw Gozdzik, the 25 year old workers’ leader at Warsaw’s FSO car plant, asked Modzelewski and other rebellious students to organise discussions with workers. He went every day.

By October 1956, the Russians were ready to send tanks into Warsaw. Modzelewski joined the occupation of the FSO plant, where workers were armed with a few guns, metal castings and petrol bombs. A new Polish leadership diffused the situation and the tanks turned back, but Modzelewski continued to oppose the dictatorship.

In 1966 Modzelewski and Jacek Kuron wrote the Open Letter to the Party, a powerful Marxist indictment of the Stalinist system. They argued that state control of industry did not make Poland a socialist state. It was a class society where the bureaucracy’s goal was “production for the sake of production”. This echoed Karl Marx’s words about how profit maximisation and accumulation are central to capitalism. It was published by socialists around the world, including the forerunners of the Socialist Workers Party.

Modzelewski and Kuron were sentenced to prison for this call for genuine socialism. And Modzelewski received a further prison term for being one of the leaders of the 1968 student revolt in Warsaw.

In the 1970s, Modzelewski devoted his time to academic studies. But when the Solidarity workers’ rebellion began in 1980, he rushed to become involved. Movement The new movement’s power was based on mass strikes, occupations and the formation of inter workplace strike committees (MKS).

Modzelewski saw a group of strikers in Gdansk with a banner that said MKS Solidarity. On his suggestion the new independent union was named Solidarity. Modzelewski was no longer a revolutionary, but he was committed to building a strong workers’ movement. He resigned as Solidarity’s official spokesperson in March 1981 after Solidarity leader Lech Walesa called off an indefinite general strike.

He was interned when the regime introduced martial law in December 1981. Modzelewski was one of the few well known Solidarity opposition leaders to oppose the neoliberal “transformation” after 1989.

In the early 1990s he tried unsuccessfully to form a Labour-type party. But he continued to back strikers. Only days before his death he called today’s leadership of Solidarity strike-breakers. They had cut a deal with the right wing government before the massive school and nursery strike took place.