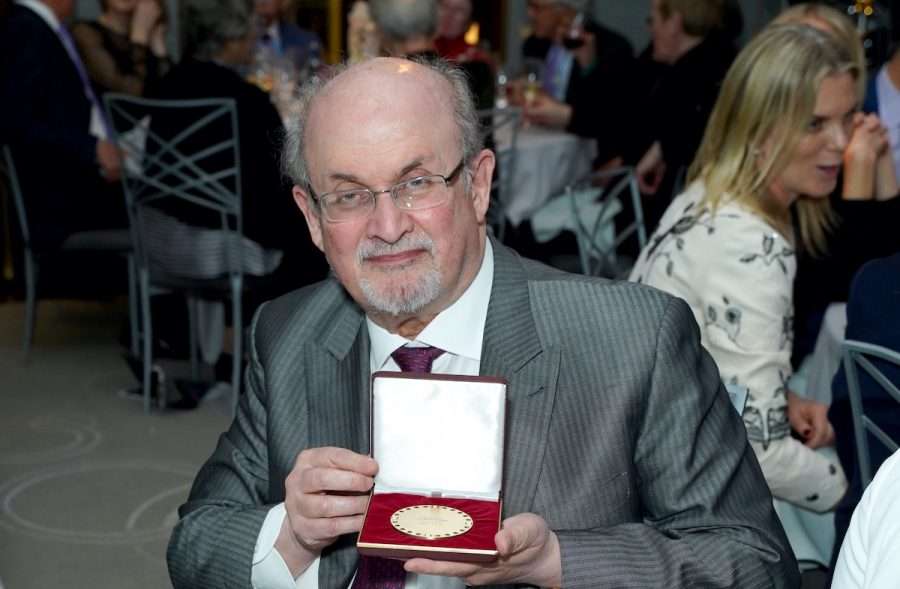 Salman Rushdie was seriously injured in a stabbing, decades after reactionaries called for his death. He deserves the unqualified support of everyone who values freedom of expression.

Novelist Salman Rushdie was seriously wounded on Friday at a public event in western New York after a man rushed the stage and stabbed him multiple times in the neck and chest. Henry Reese, the cofounder of an organization that supports exiled and threatened writers, was also injured on stage, though less seriously.

Early Saturday, Rushdie was on a ventilator after undergoing surgery. The full extent of his injuries has not yet been publicly released, but his agent released a statement saying the writer’s condition was “not good.” A doctor who was on the scene of the attack described the wounds as “serious but recoverable.”

Investigators have not officially established a motive, but NBC News reported that the twenty-four-year-old suspect’s social media contained posts supportive of Iran’s military and intelligence services. Institutions affiliated with the Iranian government have long had a bounty on Rushdie, following a religious ruling by one of the country’s leaders calling for his death.

A longtime critic of politicians in Pakistan and his native India, Rushdie is no stranger to threats of violence. His 1988 novel The Satanic Verses caused an uproar across much of the Muslim world.

The novel, which reimagines parts of the life of the Muslim prophet Muhammad, was quickly banned in dozens of countries — most, though not all, with Muslim majorities. Over the next few years, large protests and book burnings took place in the United Kingdom and across the Muslim world. A campaign of threats and low-level violence followed, including multiple successful or attempted bookstore bombings, a trend that spilled over to a lesser degree into the United States.

But the most consequential reaction was the 1989 religious ruling, or fatwa, issued by Ayatollah Ruhollah Khomeini, then the supreme leader of Iran. Khomeini called for Rushdie’s murder, and the Iranian government backed up the edict by publicly offering a bounty of several million dollars. Some other Islamic scholars said it was wrong to kill Rushdie for publishing the novel — or at least that he deserved a trial before being put to death — but the author would spend almost a decade in hiding, accompanied by armed guards.

The fatwa was not an empty threat. While Rushdie remained physically unharmed in the immediate aftermath, Hitoshi Igarashi, who translated The Satanic Verses into Japanese, was murdered in 1991. Ettore Capriolo, its Italian translator, was stabbed in his apartment the same year. William Nygaard, the book’s Norwegian publisher, was shot in 1993. All three crimes remain unsolved. Also in 1993, Aziz Nesin, the book’s Turkish translator, was the primary target of a mob attack that killed thirty-seven people.

In 1998, in an attempt to warm relations with the United Kingdom, the Iranian government said it no longer supported killing Rushdie. But it added that the fatwa technically remained in place, because only the religious scholar who issues such a ruling has the ability to retract it, and Khomeini was by then long dead. Organizations affiliated with the Iranian government continued to add money to the bounty fund as recently as 2016.

Before Friday, Rushdie had been living a largely normal life for more than a decade, apparently believing the situation had cooled down. But even before the stabbing, he faced much harsher consequences for his work than most artists ever will — particularly the psychological harm of enforced isolation and constant threat, severe restrictions on his ability to travel to his native country, and the murder and serious injury of artistic collaborators.

Friday’s attack was a reminder to reject any government’s and any clergy’s desire to dictate what is and isn’t acceptable art, especially with the threat of violent consequences. While Rushdie’s case is perhaps the most well known in the West, the arrest, harassment, exile, and even murder of literary writers and journalists remains distressingly common all over the world. We should express solidarity with all of them, and solidarity with Salman Rushdie.