Home / News / Nationalise now, but not to bail out the system 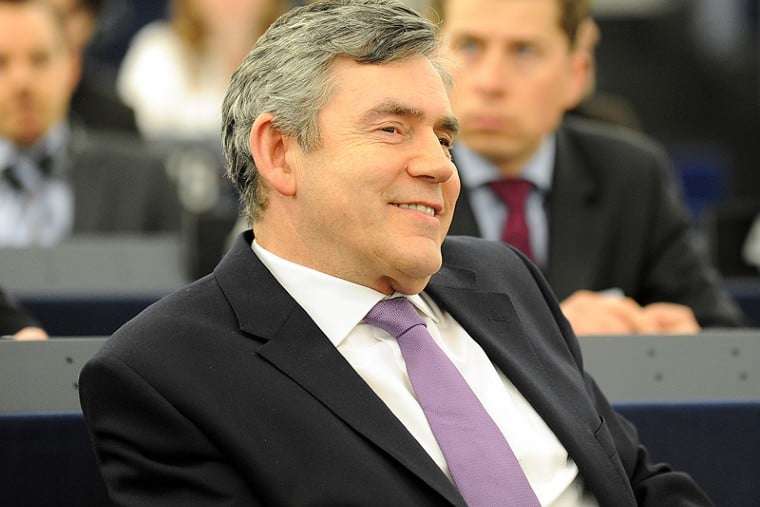 The depth of the cost of living crisis is such that ideas only months ago were dismissed as “too radical” are suddenly back in fashion. The nationalisation of the energy companies is one of them.In Jeremy Corbyn’s time as leader, right wing Labour MPs dismissed their own party’s policy on the question as a throwback to the 1970s and unfit for the modern age.

A “properly regulated” free market was the only efficient way to supply households with electricity and gas, they insisted.But the sheer scale of household energy price rises has forced some to think again. Former Labour prime minister Gordon Brown this week decided to join in.

He said that the government should regulate the energy firms more tightly.And, “if this fails, as a last resort, operate their essential services from the public sector until the crisis is over.”Though he doesn’t use the word, Brown is saying that some energy firms should be re-nationalised. Brown’s apparent U-turn comes not because the arch centrist has discovered socialism.

We should remember that he was Tony Blair’s “Iron Chancellor” and presided over colossal privatisation projects, including in the NHS and on the London Underground. The conversion comes because there are times when vital industries are so threatened and the risk of popular rebellion so high that even sections of the ruling class can favour state ownership of the means of production, distribution and exchange.

That, after all, is how gas and electricity utilities—and many other industries first came into the public sector in 1948. In the wake of the Second World War British industry was battered, desperate and on its knees.

Only the government had the degree of centralised planning and resources necessary to rebuild it. The capitalist class were, in most cases, prepared to allow nationalisation of these assets because they believed it would help bring stability to the economy.

They saw that the cost of the modernisation of industry would be borne by the public. This form of nationalisation also encouraged a sense that “we’re all in it together”. Both the government and the bosses hoped it would mitigate against the deep pool of class bitterness that followed the war.

It is in this same spirit of “national unity” that Brown has offered his policy of a last resort re nationalisation of the energy industry. He hopes that capitalism today can be stabilised using a series of emergency measures that interfere with the market, but only temporarily.

It’s what Brown did as prime minister during the 2008 banking crisis to bail out the system. He interfered with private banks to save their system. They were part-nationalised and then handed back later.

Let’s take back our assets from the bosses
Read More

Whatever the limitations in his plan now, Brown has certainly ruffled the feathers of Labour’s most right wing figures. Having fought off the challenge of Corbyn, they see the re-emergence of his policies as a grave danger. However, there are ways to favour nationalisation that are far better than Brown’s.

When the demand for state ownership comes as part of a mass movement or from workers in the industry, it can be part of a more radical vision of how society might be run. Fundamental to this is demanding the end of the rule of the free market.

Taking the energy industry under temporary government control until the current storm of high prices passes is a long way from a plan to wrestle control  of society from the rich. Far better than a windfall tax, we could seize the entire assets of firms such as Shell and BP and invest them in a low cost, fossil fuel-free future.

We could democratically decide ways in which to cut energy usage, and how to prioritise ecologically sustainable power generation. And, rather than overpaid bosses, workers in the new nationalised industry would run the firms themselves but be accountable to wider society.

This vision of nationalisation has nothing to do with those that want to stabilise capitalism. Instead, it aims to destroy and replace the system with something far better.