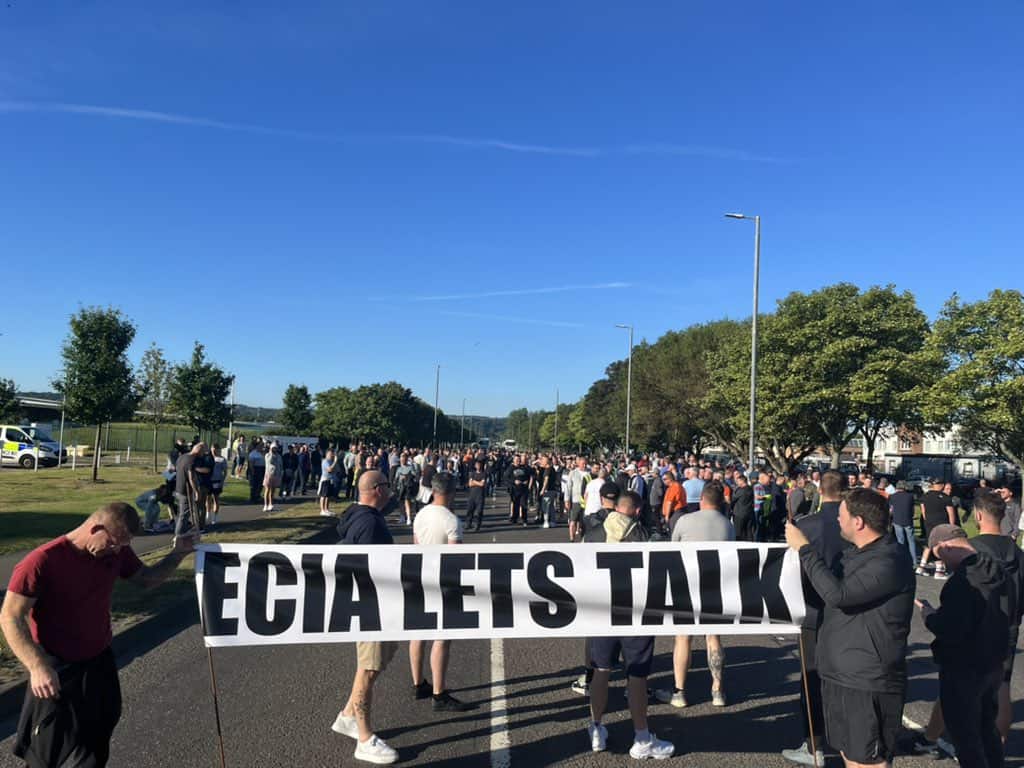 As the cost of living surges, wildcat strikes are back. An increasing number of workers are downing tools to rage against the bosses. The term “wildcat strike” is used to describe a workers’ strike that bypasses the limitations of the trade union bureaucracy and the Tories’ oppressive anti-union laws.

Instead of waiting to go through the process of negotiations, indicative ballot, strike ballot and then waiting for strike dates, a wildcat strike is where workers act immediately. Most importantly it is action that rank and file workers push from below.

Amazon workers who took part in wildcat strikes last week showed that they could do just that when they refused to accept a pay rise of just 35p. These strikes have spread to other Amazon “fulfilment centres” but it’s not just Amazon workers taking action.

Construction, oil refinery and other workers are coming together and participating in wildcat strikes, demonstrating a radical mood to fight back immediately. These strikes should be celebrated and encouraged to spread.

The distinction between what is “unofficial” and “official” has often been blurred. One example was a series of powerful unofficial walkouts at Royal Mail in the late 1990s and early 2000s. Often these would be over outrageous disciplinary moves by management.

Formally the walkouts were utterly spontaneous and nothing to do with the union. This was so they could avoid punishment under the anti-union laws.

But anyone who knew anything about what really happened was aware that the better union officials sometimes played a role. This was known as giving a “nod and a wink” to the rank and file.

In 1973 Colin Barker wrote in International Socialism journal, “The building workers’ strike in 1972 was turned into a national strike by unofficial action. In varying degrees, the same was true of strikes in the docks, at Ford, in the Post Office and the local authorities. In each case, the leadership was forced into giving official approval by a rising swell of unofficial action and the threat of ‘loss of control’.”

The most important lesson that wildcat strikes teach us, is that workers can organise themselves. Workers can use their knowledge to decide what to do, where to protest, who to contact about joining strikes and how not to get sacked. They can develop new tactics to fight, as they are the ones who truly know the best way to slow down production.

Building rank and file organisation and control of workers’ strikes terrifies the bosses. And it is through participation that workers’ confidence and ideas to win can grow.

A wildcat strike by refuse workers at Welwyn Hatfield Borough council managed to oust a manager that staff said was a sexist bully. Now workers say they have the confidence to strike for better pay.

For non-unionised workers, wildcat action raises the issue of what comes next. For some that will be signing up with one of the established unions.

That may provide protection and an existing layer of support. But it can also extinguish the element of raw anger and struggle. The union can mould the activists to its way of organising rather than the activists continuing to call the shots.

On other occasions, as at Amazon in the US, workers set up their own union. As Tory rules push working class people to the brink, every strike, whether official or wildcat, must try and replicate the militancy the wildcats have shown.