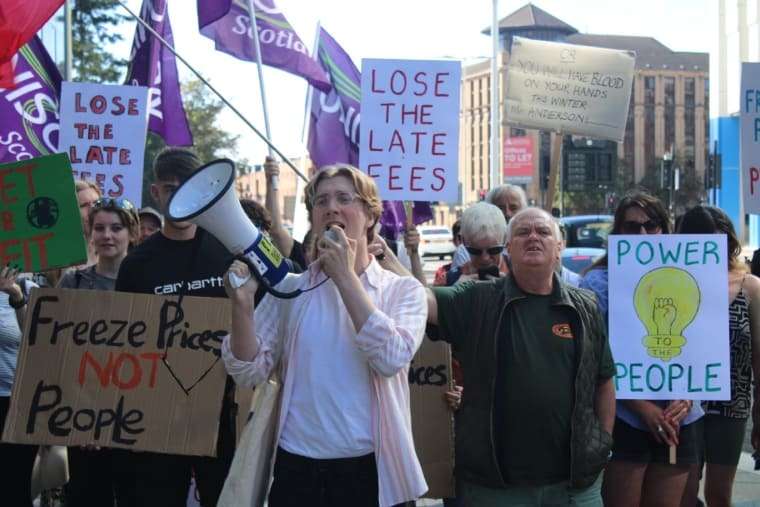 Keir Starmer was forced into announcing on Monday a plan to hold down energy bills by taxing oil and gas companies. But even some union leaders—who welcomed Starmer’s plan—demanded that Labour should go much further.

Starmer said that Labour would freeze energy bills by halting a planned rise in the energy price cap set for this October. The cap, set by energy regulator Ofgem, determines the maximum amount energy suppliers can charge their customers.

Ofgem looks set to raise the cap by 80 percent in October, taking the average household energy bill to some £3,600 a year.

He also said Labour would scrap the tax relief loophole the Tories offer those companies for investment in fossil fuel expansion.

The plan—though limited—is bold by Keir Starmer’s standards. He has spent his time as Labour leader desperate to prove how friendly his party is to bosses, bankers and big business. But the announcement suggests he and the Labour right had the rug pulled from under them by the scale of the social emergency of rising price, anger, and support for strikes.

Even right wing former Labour leader Gordon Brown—who was Tony Blair’s chancellor, and launched a decade of austerity in 2008—pushed him into action.

Writing last week, Brown called for the energy price cap to be cancelled, and said firms that couldn’t keep bills down should be temporarily renationalised.

Not so long ago, mainstream politicians and pundits treated nationalisation as a fringe, radical idea. Now, after announcing his plans, Starmer had to repeatedly answer journalists’ questions on why Labour won’t back it.

Starmer said Labour wouldn’t nationalise energy companies as this would mean having to “compensate” shareholders.

“If we were to add nationalisation to our plan and add more cost to it through that, that would mean using the money to pay shareholders because you don’t nationalise for free, you’ve got to compensate the shareholders,” he said.

But the cost of his current plan—£29 billion—is already compensating those shareholders for the profits they’d “lose” by keeping prices down. But his shift—and the reaction to it—shows we can demand much more.

Sharon Graham, general secretary of the Unite union, Labour’s biggest funder, said, “The case is being made before our own eyes that selling off our energy sector to the private profiteers has ended in tears. A piecemeal approach won’t work.

“Only days ago BP announced that in April to June this year it had made almost £7 billion profits. On the same day it was being openly contemplated that household energy bills in the UK could rise to £3,600 a year. Labour’s new plans—although a step forward from what’s been proposed until now—only address the second part of this dichotomy. Not the first. “

She added, “These figures prove that the British economy does not work for workers and their families. Britain’s real crisis isn’t rising prices—it’s an epidemic of unfettered profiteering.”

The energy industry should be nationalised for good—to be run in the interests of people and the climate—with no compensation for profiteering shareholders. But that would take a much bigger confrontation—with strikes, protests and occupations—to wrest the industry out of bosses’ hands.