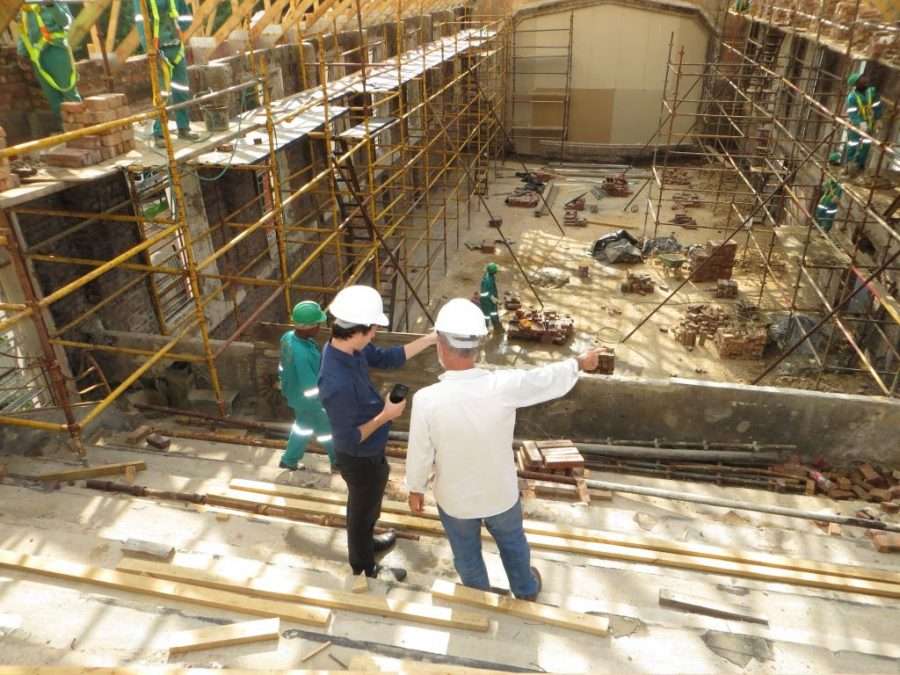 In June, Rhode Island passed a $10 million pilot program that will use COVID-19 stimulus money to build mixed-income public housing. By acting as a public developer itself, Rhode Island would be the only state to acquire its own land and build housing directly, cutting out profit-gouging developers — a model approach for the rest of the country amid a housing crisis that has only grown more dire since the start of the pandemic.

In a housing landscape dominated by private equity, federal divestment, and the failure of “public-private” programs, the fight for public housing at the state level is increasingly urgent.

In Rhode Island alone, one in three renters cannot keep up with rent. A recent report by the National Low Income Housing Coalition estimated that more than 60 percent of renter households in the United States are struggling to afford basic living expenses after paying rent and utilities. Rather than letting markets drive housing development outcomes, the public developer model creates a foundation for a housing system not driven by profits.

The pilot program is just one part of the state’s Create Homes Act, which would use $300 million in American Rescue Plan Act (ARPA) funds to create a new state housing department, realigning public spending with public good. Designed to confront the housing crisis head-on, the new department would have two central capacities: building housing and acquiring land for public ownership.

State senator Meghan Kallman (D), who introduced the Create Homes Act, told us that the bill “is designed to equip the state to do everything that it could possibly need to do in support of a robust, just, multi-income, well-planned, well-connected housing vision.”

Public housing is popular, and some states — Colorado, California, Hawaii, and Maryland — recently passed legislation to build more of it.

The Low-Income Housing Tax Credit (LIHTC) program has been the nation’s main program for creating “affordable housing.” However, LIHTC produces fewer units than it did twenty years ago, while costing the public 66 percent more. Plus, 81 percent of LIHTC units are owned by for-profit entities, and with scant federal oversight, recent investigations have shown how the program is rife with corruption, siphoning away millions to private industry players while banks and investors take tax deductions.

What would set Rhode Island’s new public developer model apart is that it puts land planning, acquisition, and the actual building of housing units into the public’s hands at the state level. This removes the need for outside financing, as required by LIHTC, and also circumvents the restrictions of the 1998 Faircloth Amendment, which capped the expansion of federal public housing. By creating a direct relationship between the public’s needs and the allocation of land for housing, the effort would circumvent the typical public housing approach of draining public resources for private profits as with LIHTC.

As the left-wing think tank People’s Policy Project argued in a 2018 report, “A local administration which can build its own housing can never be held hostage by developers expecting an unreasonable profit margin again.” The report also noted that a public development model affords the state more “autonomy and bargaining power” in future housing decisions.

Kallman sees the pilot program as just the start of a holistic approach outlined by the Create Homes Act. Kallman told us, “We have been historically hamstrung by a number of things including disinvestment and zoning laws, which are handled primarily at the municipal level.”

Importantly, using ARPA money takes a federal windfall to create housing infrastructure without relying too heavily on municipal bond markets. Historian of economic and racial inequality Destin Jenkins found that public projects have been stymied by debt arrangements that are shaped by the interests of bondholders.

In his book The Bonds of Inequality, Jenkins writes, “The deterioration of public housing projects was taken as proof of the failures of socially oriented public policies rather than as a consequence of a structural arrangement that, from the beginning, privileged the claims of bondholders.”

In order to get the public developer program off the ground, Rhode Island would create a land bank, a versatile tool for coordinating the conversion of real estate and public land into the urgent goal of housing. All public and quasi-public bodies in Rhode Island would have to conduct a review of the real estate they own by the end of 2022. If those entities own land that does not have a planned use within the next ten years, then they could be obligated “to enter into a negotiation with the department for the transfer of the parcel to the land bank.”

The housing department could then use its own staff or hire its own contractors to carry out the construction of new housing units. These two capacities — land development and contracting capacity — are central pillars of a housing plan that could efficiently and quickly create public housing.

Housing created by private developers has largely focused on building luxury and high-end apartments, prioritizing housing supply for profits rather than social need.

In April, the owner of Rhode Island’s tallest building — locally called the “Superman Building” — reached an agreement with state and city officials to redevelop the building to create more housing. Using $41 million in state and local financing, High Rock Development plans to build 80 percent of the housing into luxury, market-rate units.

Direct Action for Rights and Equality (DARE), a local organizing group, is leading a campaign to protest High Rock Development’s profiteering. DARE organizes tenants and is working on a campaign for rent stabilization and housing for all.

A spokesperson for Tenant Network RI, a grassroots organizing group that has helped form tenant unions, told us that as more tenants have come together with local organizers to advocate for public policy measures like rent control, so too have landlord lobbying groups like the Rhode Island Coalition of Housing Providers and Narragansett 2100 arguing against government action to address housing issues.

“The way we see it is . . . everyday people who don’t have property, who don’t own a business, or own their home, need to be organized to defend our interests,” the spokesperson said. “There’s been a [housing] crisis this entire time, [but] crisis in itself is not enough to force the powers that be in the establishment to back down and give people things.”

For policies backed by progressive groups to be successful, ongoing support must come from everyday people organized together, said the Tenant Network spokesperson.

“While there’s been some grassroots level organization, good political organization, and good electoral work, there has not been enough pressure and organization from everyday residents and renters from below to create these conditions,” the spokesperson told us. Looking at the recent developments with the pilot program, they said that “new public housing will create communities where working class people can live and work and play, and it’ll actually strengthen those communities to continue to build new connections.”

Housing “to Live, Work, and Play”

Kallman said that the newly passed pilot program ought to be thought about within the context of the bill as a whole, with the housing plan moving “the needle on a bunch of interconnected issues.” Pointing to the bill’s inclusion of labor standards and attention to transit, she noted that the state housing department would consider housing as part of a broader set of social conditions to improve the strength of Rhode Island’s public systems.

The $10 million for a pilot program is just a fraction of the $300 million initially proposed for the Create Homes Act. However, the bill was introduced with just a month of session left, and the pilot program passed with quick support from more moderate Democratic leadership, so there may be support for expanding the program next year.

According to Jordan Goyette, political director for Reclaim RI, the pilot program is expected to generate 150 to 200 units of low-income public housing for people in the state.

Goyette also stressed that the bill will be central to making the economy work for people at a time when the pandemic and inflation are making things difficult. “Especially when we’ve seen recessions hit us, and you know the [Federal Reserve] just raised interest rates, basically asking for a recession, we’ve seen meaningful construction die off,” Goyette told us.

“This legislation will temper or even effectively make the construction industry recession-proof by kicking off prevailing wage requirements, having strong labor standards for the prevention of wage theft, and having strong apprenticeship standards,” added Goyette. “This will really be a boon to the working local economy.”