Home / News / Public Ownership of Energy Is the Only Answer 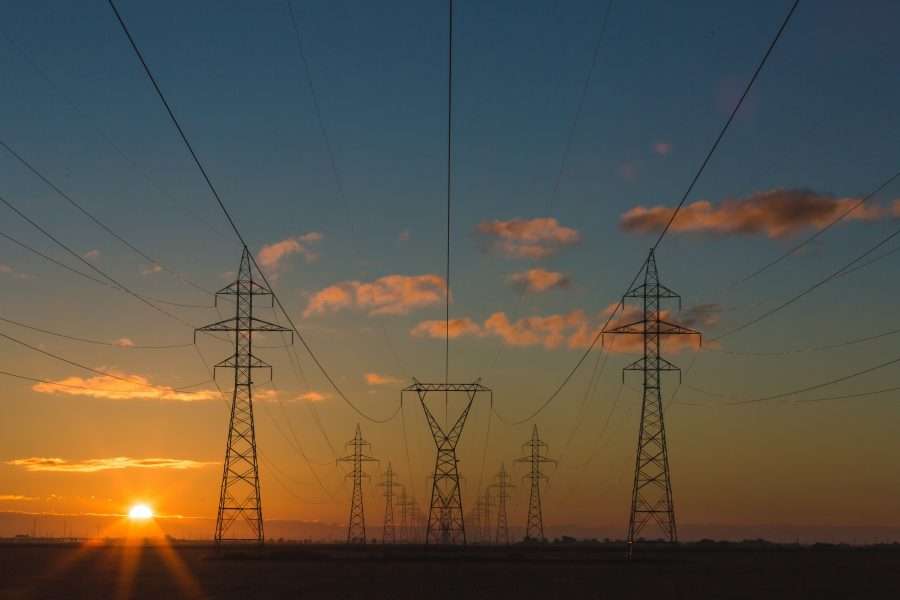 Falling wages and spiralling prices mean energy bills are soon likely to eat up a sixth of the average salary. Tinkering around the edges of this crisis isn’t enough: we need public ownership, and we need it now.

Centrica, the owner of British Gas, increased its profits fivefold in the first half of this year compared to the previous year. (Matthew Henry / Getty Images)

A recent survey by Survation for the campaigning organisation We Own It showed astonishingly high levels of support for public ownership of energy. Sixty-six percent of people surveyed stated they supported taking the energy companies back into public ownership, while just twelve percent stated they would oppose the move.

These results are hardly surprising. With the removal of the energy price cap, average energy bills are set to increase to £4,200 and some households will find themselves paying as much as £5,000 per year just to keep warm and keep the lights on.

With inflation now running at around nine percent, real wages fell by a record three percent in June. All in all, these figures mean that the average household is likely to be spending around a sixth of their salary on energy.

When you account for the fact that the prices of other essentials like food are increasing dramatically too, the imbalance between households’ costs and wages is going to force millions of people into poverty or homelessness before the year ends—a forecast that’s already prompted hundreds of thousands of people to sign up to Enough is Enough to fight for something different.

The energy companies, and their friends in our political class, justify these price increases on the basis that costs are rising everywhere. Thanks to the sudden stop-start of the world economy after the pandemic and the war in Ukraine, the energy companies have no choice other than to pass on these cost increases to consumers.

Yet bills are increasing far faster in the UK than in many other advanced economies. As a widely shared graphic from Novara Media indicated last week, bills in the UK are rising by more than two hundred percent while they’re increasing by just twenty-three percent in Germany and just four percent in France.

The difference between the UK and these other economies is that our entire energy system—not to mention most other utilities and transport services—is in private hands and is very lightly regulated.

The justification for privatisation was that it would introduce competition, encouraging investment and lowering consumer prices. The issue is that the energy companies never have and never will operate in a free market context—as any consumer who has tried to change their energy provider will know.

The lack of competition combined with ‘light touch’ regulation means that the energy companies can get away with charging consumers grossly overinflated prices and making huge profits without any consequences.

BP and Shell have seen record profits as oil prices have skyrocketed, with the former raking in £7 billion and the latter £10 billion in the second quarter of 2022 alone. Most of this profit is likely to be distributed to wealthy shareholders through dividends.

Centrica, the owner of British Gas, increased its profits fivefold in the first half of this year compared to the previous year. In the same period, E.ON made £3 billion, Scottish Power nearly £1 billion, and EDF made £728 million—a rise of two hundred percent on the previous year. The privatised National Grid also made a tidy profit of £3.4 billion.

These massive profits represent direct transfers of wealth from energy workers and struggling households to wealthy shareholders. And they exist because energy provision is not a functioning market.

New entrants can’t enter the market to offer lower prices because of the high barriers to entry, and it’s not as though consumers can just stop consuming energy. In other words, the energy companies have our economy by the throat.

Meanwhile, as the UK economy slides into recession, the government seems either unwilling or unable to do anything about the problem.

Many in the Conservative Party still hold a contradictory view of the British economy as run through a sort of ‘gentlemanly capitalism’ in which they can simply request that their friends in the private sector to behave just a little more responsibly. But this isn’t how capitalism works. For as long as these companies can make extraordinary profits, they will make extraordinary profits—they have a responsibility to their shareholders to do so.

The only solution to this crisis is to take the shareholders (and the overpaid executives) out of the equation altogether. The energy suppliers should be renationalised, and bills should be reduced.

However, renationalisation of the energy suppliers isn’t enough to get us out of this crisis, let alone to solve the climate crisis. The big fossil fuel companies will continue to use this crisis as an excuse to profiteer for as long as they control production of one of the world’s most valuable resources, destroying the planet in the process.

We need a fully public energy system combined with a public commitment to invest in shifting our entire economy towards renewable energy.

That doesn’t just mean renationalising the energy providers—it also means renationalising the national grid. The UK is one of the only country in Europe to have a fully privatised transmission grid, which is unsurprising because it’s the ultimate natural monopoly. Renationalisation would prevent profiteering and facilitate a coordinated, public-led approach to decarbonisation.

Some have argued that we should also nationalise Shell and BP. But there isn’t much point in spending huge amounts of public money to nationalise companies that control assets that should, in a rational world, be totally worthless.

Instead, these companies should face permanently higher taxes to support the costs of decarbonisation (not just a one-off windfall tax), and we should create a public renewable energy company that invests in the expansion of renewable energy sources such as wind, solar, and potentially also nuclear. This public energy company could then coordinate with a renationalised grid and energy suppliers to keep down bills and promote the most effective transmission mechanisms.

On top of this, we also need public investment in a massive retrofitting programme to save households money on their energy bills today (as well as creating jobs and stimulating a faltering economy). And we also need support for community energy projects, like the community hydropower projects in north Wales, which I wrote about in this quarter’s issue of Tribune.

Crises like the one through which we are currently living are going to become more common as climate breakdown accelerates. While transformation on this scale might seem radical today, within a few years it’s likely to seem timid in comparison to the scale of the problems our planet faces.