Home / News / Starbucks Is on a National Union-Busting Crime Spree 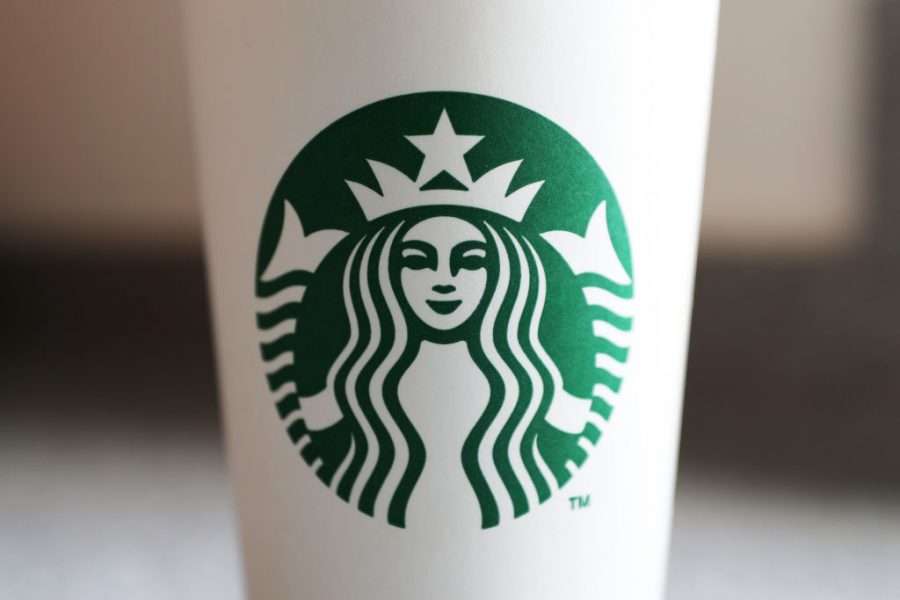 The union-busting campaign carried out by Starbucks indicates that the company will not stop until they destroy Starbucks Workers United. The rest of the labor movement has a duty to support the Starbucks union drive — before it’s too late.

“No one is above the law” has become a common refrain among supporters of the various investigations into Donald Trump’s many illegalities. In a functioning democracy, they say, even the most powerful people must be held accountable for lawbreaking.

And yet, every day, with little public outcry, corporations like Starbucks and its billionaire CEO, Howard Schultz, are shamelessly violating the law in plain sight, with no fear of facing consequences.

To crush Starbucks Workers United, the worker-led movement that has successfully unionized over five thousand employees and counting at the coffee giant, Schultz and his underlings have broken labor law in just about every way imaginable. This has included spying on and firing pro-union baristas, closing down pro-union stores, and denying raises to unionized workers — all illegal acts of intimidation and retribution.

As if that weren’t enough, the company is now borrowing directly from the Trump playbook by claiming the successful union elections were rigged and calling for a halt to further mail-in ballots. As Starbucks Workers United stated yesterday, “Unfortunately, it’s now in vogue for the losers of some elections nationwide to attempt to reverse elections by any means they think are necessary.”

.@SBWorkersUnited responds to Starbucks’ accusation of NLRB misconduct and request to halt store votes: ‘Unfortunately, it’s now in vogue for the losers of some elections nationwide to attempt to reverse elections by any means they think are necessary’

Starbucks’s unlawful behavior is aimed not only at turning workers against unionizing, but also, at convincing the workers who have already won a union election that it was all for nothing.

In its brief existence, Starbucks Workers United has helped jump-start a long-stalled US labor movement. From the first union election victory in Buffalo last December, it has been a powerful example for millions of young, exploited workers at some of the nation’s biggest corporations, inspiring them to form unions of their own.

The ongoing union battle at Starbucks, then, has ramifications that go far beyond the coffee company itself. If Schultz is allowed to get away with his blatantly unlawful anti-union campaign, it will be yet another major setback for organized labor.

Starbucks’s unlawful behavior is aimed not only at turning workers against unionizing, but also at convincing the workers who have already won a union election that it was all for nothing.

It’s therefore vital that everyone who identifies with or supports the labor movement, including elected officials who claim to be pro-union, do all that they can to help Starbucks Workers United overcome Howard Schultz’s relentless crime spree.

Those unfamiliar with the ins and outs of US labor relations might assume that workers voting in favor of unionizing is the end of the story. You and your coworkers voted for a union, so now you should have a union, right? But of course, it’s just the beginning.

As a result, most employers try to ensure a first contract is never achieved by simply continuing the same anti-union campaign they began in the run-up to the election. They delay, obstruct, and engage in a host of illegal tactics in the hopes that demoralization and turnover will eventually defeat the union.

A recent analysis found that on average, it takes 465 days (fifteen months) to achieve a first contract after winning a union. Some unions never get a first contract even after years of bargaining.

At the over two hundred twenty Starbucks stores across the country that have unionized since December, the company has taken the initial steps of bargaining a first contract at only three. Management is unsurprisingly using its army of attorneys from the anti-union law firm Littler Mendelson to delay the negotiating process as much as possible — while continuing to fire pro-union workers and close pro-union stores.

The pace of baristas filing for new union elections has slowed slightly in recent months, but the workplace militancy at Starbucks has escalated, with workers holding over fifty-five short-term strikes (as well as at least one indefinite strike in Boston, ongoing since July 18) in seventeen different states to demand an end to union busting, costing the company an estimated $375,000 in lost revenue, and with more strikes planned every week. As Starbucks Workers United members are well aware, work stoppages like these are their most powerful weapon, and they should therefore be scaled up — held simultaneously at more locations and for longer durations than one or three days — in order to force the company to halt its anti-union tactics and come to the bargaining table.

The Starbucks workers have repeatedly proven that they are effective and tireless organizers, but what they need to sustain bigger and longer strikes are resources — namely, a robust strike fund. Workers United, the SEIU-affiliated union that the baristas are joining, established such a fund in June in the amount of $1 million.

A million dollars is a good start, but established unions could give a lot more. In an eye-opening new report, union researcher Chris Bohner demonstrates that despite shrinking membership, as of 2020, organized labor’s finances are actually quite healthy, with net assets growing to about $29.1 billion — money that could be used to support organizing campaigns like Starbucks Workers United’s.

Bohner shows that in the past decade, established unions have spent a total of $767 million on strike benefits, when they could be spending $1 billion every year. Given the importance of the Starbucks campaign to the entire labor movement, surely more unions besides Workers United could afford to donate some money to the baristas’ strike fund.

To defeat the union, Starbucks has been breaking the law so much that the National Labor Relations Board (NLRB), the federal agency charged with enforcing labor law, is overwhelmed.

Not only is the NLRB taking Starbucks to court, alleging over two hundred legal violations in the Buffalo, New York area (the region where the union drive began late last year); it is also scrambling to process at least another 284 open unfair labor practice cases involving the company. It would usually take companies years to rack up these many violations.

On top of all that, the NLRB is trying to move forward on union elections at dozens more Starbucks stores across the country where workers have petitioned to hold a vote.

And that’s only at one company. Workers at Amazon, Trader Joe’s, Chipotle, Amy’s Kitchen, Apple, REI, Medieval Times, and numerous other private employers are also in the midst of union campaigns that are being met with many of the same illegal union-busting tactics.

Despite all this, Congress hasn’t increased the NLRB’s budget since 2014. When factoring in inflation, that amounts to a 25 percent budget cut, resulting in the agency’s staff shrinking by 30 percent in the past decade. The same politicians who denounce calls to defund law enforcement have themselves been defunding the enforcement of labor law.

The Democrats’ proposed Build Back Better act would have increased the NLRB’s budget from $274 million to $350 million over five years, but that didn’t come to pass. Instead, Democrats passed the scaled-down Inflation Reduction Act this month, which includes no new money for the agency.

The National Labor Relations Board Union (NLRBU) represents the attorneys, investigators, and administrative professionals at the NLRB’s regional offices and headquarters. In a statement last week, the union blasted Congress for “deliberately ignor[ing] another opportunity to provide our agency with the necessary funding to fulfill its statutory mission of enforcing federal labor law. We are disappointed to have been snubbed yet again.”

“Our resources have been tremendously strained . . . and staffing losses have left us in a crisis,” the NLRBU continued. “The Inflation Reduction Act was proposed, debated, and passed in the Senate without a mention of the NLRB or its budgetary crisis, despite other agencies getting funding boosts.”

One of President Joe Biden’s few real achievements for workers has been the appointment of pro-union officials to the NLRB’s headquarters, particularly General Counsel Jennifer Abruzzo (though new leadership is clearly needed in some of the agency’s regional offices, as made clear by the recent disastrous ruling of NLRB Region 10 in Atlanta, ordering the United Mine Workers to pay $13.3 million to Warrior Met Coal as compensation for lost revenue amid an ongoing strike). But pro-union agency heads don’t mean much when they don’t have the resources to crack down on illegal union busting.

Beyond the NLRB’s budget, of course, is the pitiful state of labor law itself. After decades of anti-union case law, as well as the anti-labor Taft-Hartley Act of 1947, the law overwhelmingly favors employers and does little to actually penalize them when they violate workers’ rights.

The struggle at Starbucks is another reminder of why we need a more cohesive and solidarity-driven labor movement in this country and an independent working-class politics.

The Protecting the Right to Organize (PRO) Act, which was high on the Democrats’ agenda last year but has gone nowhere in the Senate, would have tilted labor law back in workers’ favor. Among many other measures, it would have set tougher standards on negotiating a first contract and imposed civil penalties on lawbreaking employers of up to $50,000 per violation and up to $100,000 per violation by repeat offenders.

During the failed Build Back Better negotiations last fall, there was a proposal to include the PRO Act’s employer penalties in budget reconciliation. If that had passed, Starbucks’s current anti-union campaign would have been a gold mine to the federal government in the form of financial penalties collected from the company. Or, more likely, the company would have thought twice about illegal intimidation and retaliation.

Several unions are currently calling on Senators to hold a vote on the PRO Act next month after the congressional recess, although “no one expects them to pass it,” according to Politico.

The struggle at Starbucks is another reminder of why we need a more cohesive and solidarity-driven labor movement in this country — one where established unions sitting on billions of dollars would spend some of that on supporting extended strike activity — and an independent working-class politics — so elected officials would be made to pass badly needed labor law reform, or at the very least put up the resources to enforce existing labor law.

But the Starbucks workers, among workers at many other companies, are not waiting around for these changes to happen. They don’t have time. Instead, they’re organizing, risking their livelihoods, taking on some of the wealthiest and most powerful forces in the world, and winning.

The rest of us need to back them up in every way possible — starting by signing Starbucks Workers United’s “No Contract, No Coffee” pledge, as well by using our own organizations, platforms, and individual voices to pressure labor leaders and supposedly pro-union elected officials to do more.

“Among us there are unfortunately — but not unexpectedly — defeatists and ‘experts’ all around who dream up more reasons why this movement cannot succeed — rather than reasons why it has to succeed,” veteran trade unionist Chris Townsend recently wrote of the Starbucks campaign. “In this truly amazing moment, it falls on the rest of us, the left, the trade union supporters, young and old, working and retired, union members or unorganized, to do what we can to help propel this insurrection even further.”