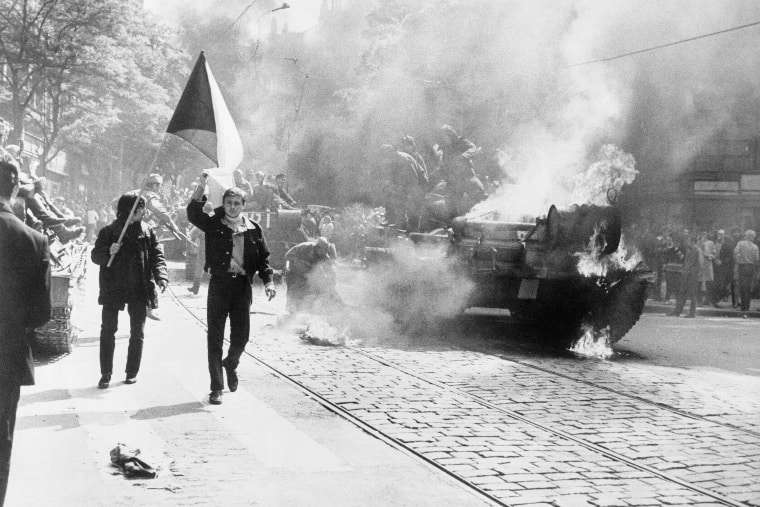 Many regular Socialist Worker readers will rightly associate the theory of state capitalism with debates about the nature of Stalinist Russia. It was, after all, an attempt to explain how the degeneration of the 1917 Russian revolution created a society that had more in common with Western capitalism than it did with genuine socialism.

Tony Cliff, the founder of the Socialist Workers Party tradition, developed the theory in the 1940s. At the time, revolutionary socialists were at loggerheads over whether or not Russia was a new form of society.

Using Marx’s analysis of capitalism, and the most detailed research available on Russia, Cliff argued that it was not. However, his theory state capitalism was always more than a way of understanding what forces drove the economies of Russia and Eastern Europe.

It explained the Marxist critique of capitalism and helped resurrect the genuine tradition of socialism from below. And, its application was not restricted to Russia, its satellite states, China and Cuba and so on.

It was also relevant to the West, where many on the left argued that socialism could come through parliament and state ownership of the means of production. In short, it was applicable in all cases where it was thought socialism could be implemented “from above”.

Arguments of that nature are still very much with us today. That’s why it’s a good thing that Cliff’s book, State Capitalism in Russia is now being republished.

Cliff started with an analysis of what happened to the Russian Revolution. When workers took power there in 1917 it sent shock waves around the world.

For the first time ordinary people were in the driving seat, taking over their workplaces and creating Soviets where collectively they made the decisions about how society would run.

An entire empire was now in the hands of revolutionaries. But the Bolshevik party leaders of the revolution were internationalists before all else.

The old Russian empire was a “prison house of nations”, they said. Those states within it that wanted to break away were free to do so.

And, they were clear that the revolution would have to spread to more economically advanced countries to survive. But in the 1920s, as civil war and foreign invasions ravaged the fledgling state, workers’ power and the ideals that flowed from it, would fade.

Many of the most committed workers perished on the frontlines fighting imperialists and counter-revolutionaries. The factories, which had been the heart of the revolution, were decimated by war and famine.

The soviets, once alive with fierce debate, became moribund rubber stamps for officialdom. A growing bureaucracy emerged to take the place of workers’ control, and it was from this layer that Joseph Stalin drew his power. After Lenin’s death in 1924, Stalin and his supporters set about killing and repressing the original revolutionary leaders to sure up power for themselves.

In 1928, Stalin set out to transform Russia’s economy using a “Five-Year Plan”—a rapid process of industrialisation he hoped would allow Russia to compete with Western economies and their war machines.

It was to swallow up more than a fifth of Russia’s entire national income and only increased in later plans. This followed his decree that early revolutionary internationalism was to be abandoned and replaced with the new doctrine of “socialism in one country”.

That meant industrialisation was to take place in Russia in isolation from the rest of the world. This could only be done by extracting huge surpluses from the peasantry—and by forcing peasants off the land and into the factories.

Stalin’s bureaucracy played the role of the capitalist ruling class, and pitted itself against workers and all their revolutionary achievements. In this dynamic, the elite did not own the means of production, the state did. But then comes the question, who owns the state? The answer, of course, is the ruling class.

So the state, rather than private capitalists, accumulated capital and competed for dominance on the global markets. But, unlike Western capitalism, it did so without internal competition.

Nowhere was the struggle with the West as evident as it was in the accumulation of military hardware. To match the West for every tank, gun and missile, production was ramped up massively and workers were given targets to double or triple production over the course of the five years.

By 1938, some 29 percent of total construction was munitions. Cliff argued, “The armament industry occupies a decisive place in Russia’s economic system.”

During this time, working hours went up, pay went down and conditions became increasingly punishing. A government-issued decree on 1 August 1940 said that during harvest, agricultural work should “begin at five or six in the morning and end at sunset.”

But there was already far worse going on than simply long hours. By 1931 there were nearly two million people in forced labour camps. The one-time leader of the Yugoslav Communist Party, Anton Ciliga, was held in Russian concentration camps for many years. He estimated that the number of prisoners at the height of the purges of the 1930s reached about ten million.

With camps, severe rations and a police state to ensure “order”, Stalin drove a bulldozer through everything won in the revolutionary period. Starvation ran rampant, and people were forced to live in squalor. “The accumulation of wealth on the one hand means the accumulation of poverty on the other,” wrote Cliff.

Yet while the majority of people suffered, a layer of state bureaucrats were living in luxurious conditions. Russian income tax data shows that people received an annual salary of anything from just 1,800 roubles to a whopping 300,000 roubles. It was a society of “privilege and pariahs”.

“A senior government official, a director or a successful author, has a house in Moscow, a summer house in the Crimea, one or two cars, a number of servants, and so on, as a matter of course,” said Cliff. “Even during the [Second World] war, when in the face of the emergency, all efforts were made to get the maximum production out of the workers, there existed extreme differences in the conditions of different classes.”

Cliff argues that through these methods Russia became a “modern industrial economy concentrated in the hands of the state, under the direction of a ruthless bureaucracy.”

“Much more blood flowed during the primitive accumulation in Russia than in Britain,” he wrote. “Stalin accomplished in a few hundred days what Britain took a few hundred years to do.”

This could only be achieved if the Russian ruling class used the bulk of the surplus they extracted from workers to further build up industry. This was exactly the same process that Karl Marx had outlined in his book Capital.

There he showed that competition between capitalists to sell commodities led to each undertaking “accumulation for the sake of accumulation”. This had a double significance. It would lead to a new period of massive economic crises, but also it meant building up a working class capable of overthrowing the ruling class.

Why the Soviet Union fell 30 years ago
Read More

No secret police force or gulag prison could indefinitely pacify that working class. In State Capitalism in Russia, Cliff set out Marx’s theory of capitalist crisis, and showed how it applied to the “socialist” states.

He argued that state capitalism would eventually crack under the weight of an economic crisis. And its roots would be similar to those of the crises of Western capitalism.

So, when the Berlin Wall collapsed in 1989, taking all the other Stalinist states with it, Cliff was not surprised. Nor was he when it became clear that in countries, including East Germany, workers had played the decisive role in overthrowing the regimes.

The resilience of Cliff’s theory meant the Socialist Workers Party he helped lead was, unlike most of the left, far from demoralised by the events. Instead they were seen as a vindication of Marx’s theory of capitalist crisis—and the ideas of socialism from below.

The lessons of Russia’s descent from revolutionary workers’ state to failed state capitalism may seem somewhat obscure after Stalinism’s demise. But the horrors committed in the name of socialism have an enduring and still damaging legacy.

As Alex Callinicos writes in the new introduction to State Capitalism in Russia, “Cliff’s book was decisive in showing how it is possible to continue being a Marxist despite the horrors of Stalinism.”

State Capitalism in Russia by Tony Cliff, with a new introduction by Alex Callinicos, £10 available at Bookmarks the socialist bookshop.