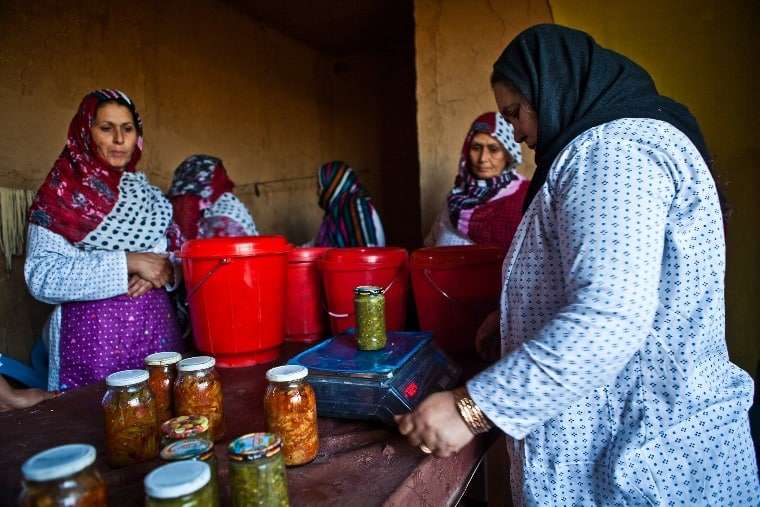 Food has become so scarce, over 90 percent of households struggle to get enough (Picture: Hand in Hand International)

The US is punishing millions of people across Afghanistan with hunger and poverty, a year after the Taliban forced it to end its 20 year occupation. Monday of this week marked a year since fighters from the Taliban resistance group took control of Afghanistan’s capital, Kabul.

It was a major humiliation for the US, which had waged war in Afghanistan since 2001 supposedly to get rid of the Taliban. Yet in the wake of its defeat, the US has spent the past year strangling Afghanistan with economic sanctions that cause widespread misery and suffering.

Even the establishment, mainstream watchdog Human Rights Watch pinned a large amount of blame on the US’s sanctions. “Since the US withdrawal and the Taliban takeover in August 2021, Afghanistan has been suffering from a worsening humanitarian crisis,” it reports.

“Acute malnutrition is now entrenched across the country. For nearly a year, over 90 percent of households have not been able to get enough food.”

It adds, “Tens of thousands of children are being admitted for emergency medical treatment for acute malnutrition monthly. Many others in remote areas are unable to get help and have starved to death. Over one million children under five—especially at risk of dying when deprived of food—are suffering from prolonged acute malnutrition, meaning that even if they survive, they face significant health problems, including stunting.”

Human Rights Watch explains that the crisis was largely caused by the US’s decision to cut off Afghanistan’s central bank from the global banking system. It also froze assets along with aid that directly paid public sector workers’ salaries. That shows that—even after the US’s retreat—ordinary people in Afghanistan are still paying the price of US occupation.

The US invaded Afghanistan in 2001 with the aim of reasserting its military and economic dominance in the Middle East and Central Asia. After removing the Taliban government, it installed a corrupt, puppet regime entirely dependent on economic aid.

Rather than bringing freedom, the West’s occupying armies dealt out massacres, bombings and other brutality to ordinary Afghan people. They killed at least a quarter of a million Afghan people—likely many more, as the US never bothered counting its victims.

Afghans—especially in rural areas—remained impoverished, while the people at the top of the government enriched themselves off aid. That’s why the Taliban was able to resist the West’s occupation for 20 years then sweep back into government as soon as the US admitted defeat.

Afghanistan’s new government has proved reactionary, for instance placing restrictions on the right of women to study and work. But the Taliban survived and thrived as a force of resistance to the misery the West brought—and is still bringing—to Afghanistan.