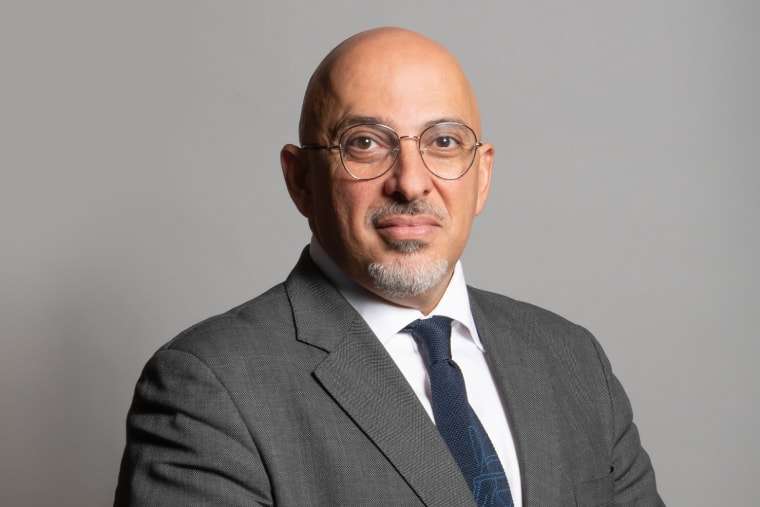 If Liz Truss becomes prime ­minister, her chancellor is tipped to be Nadhim Zahawi. How will he deal with the big energy firms? Well, he banked £1.3 million from an oil company while working as an MP, but he has been able to keep his total second job earnings hidden due to a ­parliamentary loophole.

Zahawi’s earnings from Gulf Keystone Petroleum included a final £285,000 “settlement payment” after he first became a government minister in 2018. Zahawi was co-chair of the All-Party Parliamentary Group on Kurdistan in 2015 as he landed the job with Gulf Keystone. It has an oil field in Kurdistan and paid him more than £1,000 an hour.

His Gulf Keystone income was declared in his register of interests. But his total second job earnings are not known thanks to parliamentary rules allowing him to advise companies through Zahawi & Zahawi Ltd. That’s a consultancy he set up with his wife. Within months of becoming an MP in 2010, Zahawi became the vice‑chair of the All-Party Parliamentary Group on Kurdistan. He took five free trips to the region from 2011 to 2015.

The secretariat to the group was funded by Gulf Keystone, operator of the Shaikan oil field in the Kurdish region of Iraq. Zahawi was a guest speaker at a ­conference sponsored by Gulf Keystone and a second oil firm, Afren, in Erbil in 2011. The two firms soon had Zahawi & Zahawi Ltd on the payroll.

Zahawi & Zahawi Ltd was an adviser to Afren from 2012 to 2015. It broke links after the Serious Fraud Office began a bribery investigation, which led to two Afren executives being jailed for fraud and money laundering. There is no suggestion Zahawi was involved in wrongdoing.

When he stopped advising Afren in 2015 he became chief strategy officer at Gulf Keystone, initially earning £20,126 and later £29,643 for eight to 21 hours a month, which he declared. Just weeks after taking the ­appointment, the Kurdish oil ministry agreed to begin huge payments to Gulf Keystone.

Health workers were amazed to receive a single tea bag as a gift from their employer. The packaging reads “A little treat to say thank you” and is labelled with NHS branding.

Matthew Hopkins, chief executive of Worcestershire Acute Hospitals NHS Trust, told The Mirror newspaper it was a “small but sincere thank you to our midwives and nurses for International Day of the Midwife and International Nurses’ Day”. He added they the tea bag was part of a larger gift bag and was to encourage them to take a break. On to the picket line perhaps.

Feeling hot? Fancy a swim? You might find it difficult to find a pool. A BBC News investigation found swimmers across Britain have lost access to more than 60 public pools in the last three years.

Ukactive, which represents gyms and leisure centres, said a lack of staff, rising energy costs and chemical shortages had created a “perfect storm” for centres. A Ukactive board member said the closures were an “absolute health and welfare disaster”.

Facebook turned over the chats of a mother and her daughter to Nebraska police as part of an investigation into an “illegal” abortion. The cops’ inquiry was launched in April before the Supreme Court overturned Roe v Wade. It is a grim warning of how giant social media companies may react as all abortions becomes illegal in many states.

Madison County prosecutors say Jessica Burgess acquired and gave abortion pills to her daughter, Celeste. The two were charged last month and have pleaded not guilty. Under a Nebraska law abortion is illegal after 20 weeks.

Cops got a warrant in June for access into the digital lives of the mother and her daughter, seizing six smartphones and seven laptops. Facebook stores most user information on its servers. Beware.

Lies from inside the West Midlands cops

An officer at West Midlands Police pretended to have a girlfriend who died of cancer to get days off work. Constable Harry Sarkar created a “detailed tissue of lies” about a fake girlfriend who he claimed became sick with cancer and died, a hearing was told last week. He even lied about her funeral.

Sarkar resigned in March and did not attend his fast-track misconduct hearing. The force’s chief constable, David Thompson, said that if Sarkar had not left of his own accord, he would have been sacked. Thompson said the officer’s behaviour went against standards of integrity and honesty, which were “fundamental requirements for a police officer”. Really?

West Midlands Police is infamous for fitting up the Birmingham Six and a string of other incidents. In March 2021 Oliver Banfield, a probationary officer with the force, was convicted of assault by beating. He used techniques taught in police training to attack a woman while off-duty.

Peers cash in on energy profits

Shares in energy companies have bagged British politicians the equivalent of £705,000 since January, just as the rest of us face soaring bills. Thirty peers—21 of them Tories—have cashed in as in oil and gas companies soar in value, analysis by openDemocracy has found. Seven peers have shareholdings in BP and stand to make the equivalent of tens of thousands of pounds as stock prices have risen sharply since January.

Other beneficiaries include the crossbench peer Terence Burns, who sits on the Industry and Regulators Committee. This “scrutinises” the regulation of energy companies. Labour’s Lord Robertson, the former head of Nato, used to have BP shares but dumped them in April. Until January this year he was an adviser to BP.

You can’t trust Truss on LGBT+

He was standing in for her at an event hosted by the Conservative Christian Fellowship. He was asked about the Truss campaign’s policy on the conversion therapy ban. Duncan Smith said, “I hate it. I think when you start banning things like this you enter a maze of problems.

“And I absolutely believe that Liz is very much there.” He added, “People are allowed their beliefs. The idea you ban them is this kind of ghastly woke culture.” At an earlier hustings event, Truss said, “I know a woman is a woman—that’s become a controversial statement in some parts of Britain today.”

The Truss campaign fires back at Sunak

‘We’re playing into the hands of people like Corbyn, who want to completely undermine our way of life’

Truss who was born in Oxford and lives in Norfolk

‘She will change woke civil service culture that strays into antisemitism’