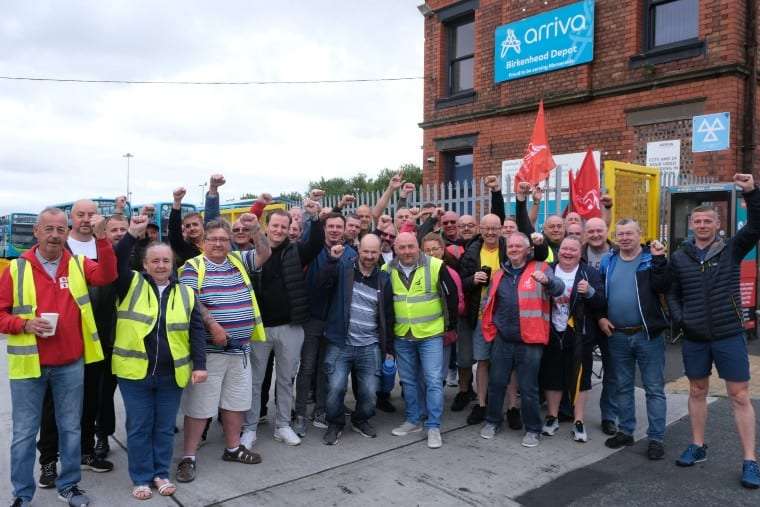 The Tories are still partying while ordinary people face spiralling crises. Droughts are causing thousands to go without running water, and floods are set to follow. Yet in his final weeks as prime minister Boris Johnson, as ever, is living the high life.

He bragged about wanting a “champagne soaked soiree” to celebrate his one-year wedding at Chequers. And he was spotted on holiday at a five-star luxury “eco‑lodge” in Slovenia, and then at a second jaunt in Greece. As Johnson sponges off donors and rich friends, workers have suffered a record fall in the value of their pay.

Official figures on Tuesday showed real levels of wages fell at the fastest rate for at least 20 years in the second quarter of this year. Workers’ pockets are being emptied quicker than ever as the cost of living continues to outpace wage rises.

It means, for example, that buying a house is even more impossible for more and more people. Perenna, a specialist mortgage lender, has been handed a licence to offer mortgages with a fixed rate for up to 50 years. The 50‑year span effectively accepts that most people will never pay off their mortgage in their lifetime.

But this doesn’t concern Tory leadership hopefuls Liz Truss and Rishi Sunak. They are still busy battling to be the most brutal and right wing to please their ultra-reactionary audience. Both want to be the most vicious towards trade unions and limit workers’ ability to hit back. They’re competing to attack trans rights the hardest, and are refusing to take action over rising prices.

Through all their blunders and nastiness, the rising tide of resistance against the bosses, profit-hungry firms and their Tory scum friends is growing. Strikes, whether wildcat or official, have spread and are a sign of the hunger for revolt.

Another indication is that a poll showed that 49 percent of 18-24 year olds agree that “given the rising cost of living, rioting on the streets would be justified”. And only 41 percent didn’t agree. Meanwhile Labour won’t back the strikes, let alone more militant tactics and policies.

Even when he came up with some plans to curb fuel bills temporarily this week, Keir Starmer still opposed renationalisation of the privatised firms. The TUC union federation estimates that nationalising the energy retailers would cost £2.85 billion. It should be less— why should they be compensated at all?

But Starmer is talking about handing over £29 billion just to keep prices down. His opposition to nationalisation is pro-capitalist ideology, not hard-headed realism. As the social catastrophe looms larger, let’s make sure that whoever becomes the next Tory prime minister faces the full force of class anger.