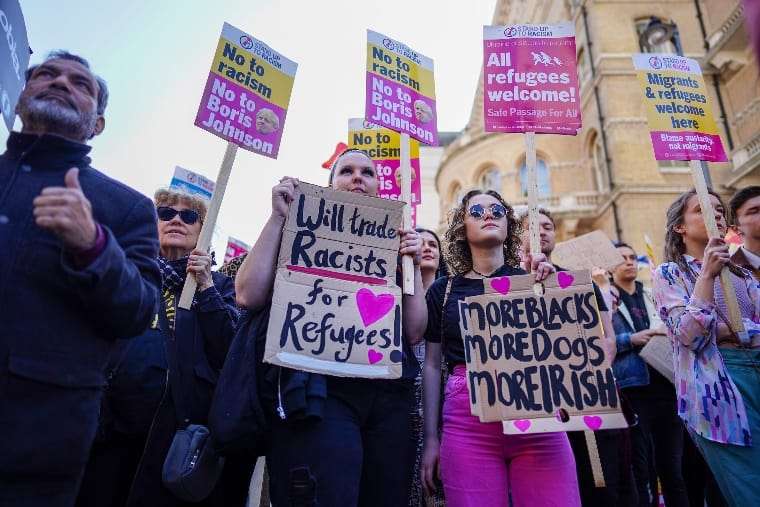 The Tories have failed thousands of refugees who came to Britain from Afghanistan. The Home Office has told those who have been kept in hotels for up to a year to look for new homes on websites such as Rightmove or Zoopla. If they are unable to find new accommodation, they could become homeless.

As rents soar, the benefits refugees receive may not be enough to cover costs. And charities have raised serious concerns that refugees who have lived in Britain for under a year may not be able to understand rental agreements and be able to provide bank statements.

One refugee who worked as a guard at the British embassy in Afghanistan’s capital, Kabul, has been in a hotel room with his pregnant wife and toddler since last August. “We’ve had to wait a year, I don’t know how much longer I have to wait,” he said. “Is it possible to have a one- year-old child with a baby and two adults in a small room?” He has asked for another room “many times” but “did not receive a positive answer”.

Some 9,500 refugees are living in hotels a year on from the West’s fall in Afghanistan. Only 7,000 have been moved into settled accommodation.

In total, 21,000 people were brought back to Britain. This includes about 15,000 people who were evacuated during Operation Pitting—the initial British military rescue mission—and 5,000 arriving subsequently.

The Afghan Relocations and Assistance Policy was aimed at British nationals and Afghans who worked for British forces. Figures have not been released for the number of refugees who have arrived under the Afghan Citizens Resettlement Scheme which launched in January.

The Tories said in January that 6,500 people that had been brought to safety during and after Operation Pitting—and who were eligible under the scheme—had received leave to Remain. The Home Office announced this month that its aim is to offer each family two choices of accommodation in Britain, without necessarily a choice of location.

Failing this, two months of hotel accommodation would be provided. It’s not clear what would happen after that time expires.

Eva Tabbasam, director of Gender Action for Peace and Security, said, “The government has had a year to sort things out—instead, it’s getting worse. “If suitable accommodation was readily available for the 9,500 people still in hotels, families would already have been moved into it.”