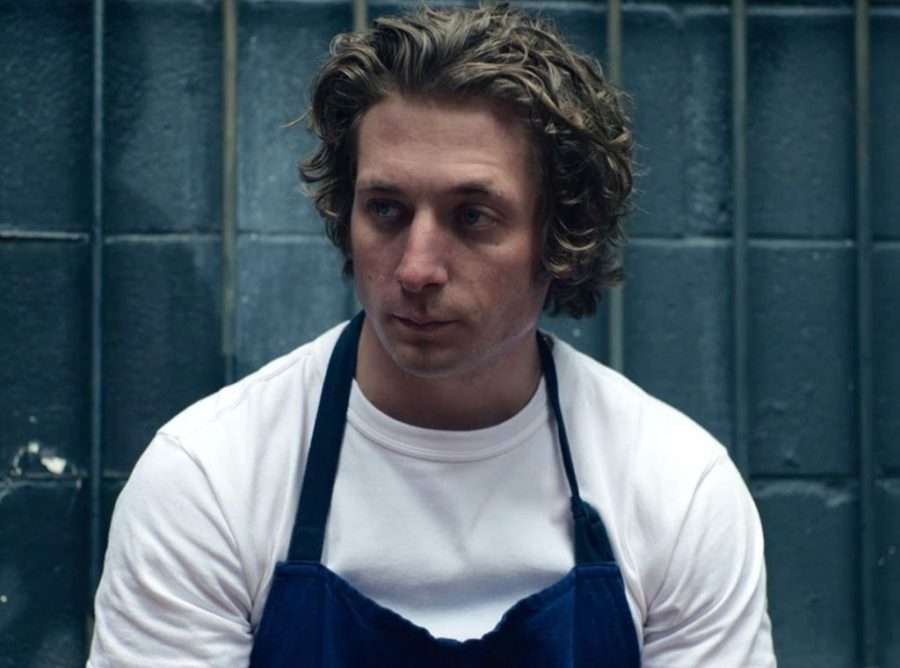 In FX’s The Bear, a struggling Chicago family restaurant is the site of hope and ambition — and it’s thrilling to watch.

The much-praised Hulu series The Bear is about a young chef named Carmen “Carmy” Berzatto (Jeremy Allen White of Shameless)  who tries to bring his fancy restaurant experience home in order to save his family’s failing Italian sandwich shop. While he’s attempting to get his fractious cooking staff to call each other “chef” as a matter of respect, and freaking out over unpaid bills, family contention, and all the filthy cooking stations and unsharpened knives at the restaurant, he’s meeting recalcitrance from everyone around him. The longest employee at “The Beef” is the formidable Tina (Liza Colón-Zayas), a cook ferociously committed to the old way of running the restaurant. Carmy’s strident cousin Richard “Richie” Jerimovich (Ebon Moss-Bachrach of The Punisher), called “Cousin” by Carmy in a way that emphasizes the burden of family, is the most envious of Carmy, and therefore the most opposed to anything he attempts to do.

Only Carmy’s newest hire, Sidney Adamo (Ayo Edebiri), well-trained and ready to take her place as a sous-chef, recognizes his serious talent, and supports his colossal endeavor against all odds. She comes in for her share of the backlash of resentment among the restaurant’s line cooks too. Though the sweet-natured young Marcus (Lionel Boyce, member of the hip hop band Odd Future) seems eager to up his culinary game and take on the role of pastry chef.

The reason behind Carmy’s obsession with saving the restaurant only emerges gradually after several gripping episodes. He’s inherited the business from his brother Michael “Mikey” Berzatto (Jon Bernthal of The Punisher and The Walking Dead), who committed suicide. His family’s mode of expressing grief is an all-too-common one — avoiding the subject altogether, displaying simmering resentment, bonding over occasional flashes of dark humor, and periodically, furiously lashing out at each other.

And it turns out Mikey had secrets about drug addiction and huge unpaid loans to Uncle Cicero (Oliver Platt in a great comic performance) that go off like a series of emotional bombs in the already busted-up Berzatto clan.

As the exhausted Carmy spends hours after closing time fanatically scrubbing stove tops coated in old grease and floors blackened with scuffs and grime, it’s clear what he’s taken on — he wants to save not only himself from a low-income life of squalor, resentment, and failure, but his entire family. This is a highly recognizable goal for very ambitious people from traumatized families — and they are legion. They tend to either desert their kin in order to save themselves, or try to raise everyone up in some mad, against-all-odds attempt at career success and class elevation. Carmy tries both methods — first desertion (that’s the backstory), then clan-elevation (that’s the narrative we’re watching). Either method engenders angry resentment.

It’s so impossible a task in ways that the show’s writer-director, Christopher Storer (producer of Eighth Grade, director of Bo Burnham specials, and a lot of other comedy work), seems to understand well, that The Bear is both a pleasure and an agony to watch. A native of the Chicago suburb of Park Ridge who used to hang around an old restaurant called Mr Beef that inspired the show, Storer worked with chefs to avoid making typical “shitty chef movie” mistakes. He wanted to do a show about the gritty details of the restaurant business, “how hard it is,” demanding from owners and workers such a variety of tough skills and dedication and time and money:

There’s something about restaurants that seems untenable from the jump. . . . I can’t tell you how many chefs told me, “Oh, yeah, on opening night a toilet exploded.” Or the sink didn’t work. Or whatever it was. The cooking? That’s one skill of a hundred that it takes to operate a place.

Storer especially insisted on dealing with a subject that tends to be avoided in movies and television: finances.

Even when you’re in the development process of any show, for whatever reason I have found that people are really reticent to talk about money. Like, we kept saying that it seems small stakes, but it’s giant stakes, where 100 hours makes a giant difference to a business. I was like, “You can’t make this show without getting into that. You can’t make this show without talking about how the finances ripple through.”

Though if you don’t identify with the basic emotional hook of the series, no amount of restaurant-running and cookery fascination will suffice, and the whole show might be wasted on you. In praising The Bear on social media, I’ve already seen the typical dismissals by people who aren’t really tuned in to it. Some can’t tolerate the stress of the show, perhaps because they worked in high-intensity restaurants themselves. (Fair enough. Most of the episodes are pretty harrowing.) Some question why the show makes such a big, dramatic deal of everything that goes on in the struggling restaurant. (Because it can’t possibly be a bigger deal for the protagonist, who’s laying everything on the line here, or for the clan dependent on the restaurant for their livelihood and, in large part, their sense of their own worth.) And then there are those who dismiss it as just another macho cooking show. (One prize-winner of a comment laments, “’Line-cook dick’ claims another victim.”)

Actually, I’ve never been interested in cooking shows, though they’re regularly urged on me, so I’ve missed the entire phenomenon of No Reservations and Top Chef and Iron Chef and Hell’s Kitchen and The Great British Baking Show. I don’t particularly care about the restaurant specifics of The Bear, though I find them highly cinematic and riveting in this series. I care about “The Bear” itself — literally, “The Bear” is a nightmare Carmy has about facing off against a ravening ursine beast released from its cage, which stands for his average, heart-attack-inducing day at his family’s restaurant. It’s a larger metaphor for the killing challenge a working person takes on when they endeavor to do something ambitious that, as a rule, requires a lot of money, higher-level education, social connections, and a stable, confident, secure approach to life — all the things generally reserved for the upper-classes.

And there’s a tricky class issue in the show having to do with the perils of workers becoming “ownership class” people, even in a small way — without a comfortable financial cushion, it’s almost impossible to sustain. Like buying a house, you only find out about the massive costs of maintenance and repair once you’ve already spent nearly everything you have in the initial purchase. And so, with Carmy’s family, the restaurant seems to own them in a punishing way, far more than they own it.

It began in the Berzatto family with Carmy’s late father, described as a feckless dreamer who always had a new and fantastical idea about how to make it big, like a latter-day Ralph Kramden of The Honeymooners. His purchase of the restaurant was one dream he tried to make a reality, and the results are so grimly precarious, Carmy’s sister Natalie “Sugar” Berzatto (Abby Elliott) is appalled when Carmy succeeds the deceased Mikey in taking it over.

Storer claims to have brought his own personal sense of “terrible anxiety and dread” to his tale of a family-run restaurant:

When I was growing up, my household was kind of gnarly. I had mental illness and addiction in my family. I go to Al-Anon all the time. . . . Some of the same thoughts that I was feeling about my family I noticed in a lot of toxic work environments. No one sets out, I don’t think, to create a gnarly workplace.

But the show is also able to convey the way the most dysfunctional households can be held together by certain shared behaviors, oddities, and preferences that can’t be found in such peculiar combination anywhere else. The “family” meals shared by the whole group in the restaurant after it closes represent the kind of miraculous détente that occurs in the most embattled families. “We had a bunch of dysfunction,” says Storer of his own family. “And food was the thing that brought us together.”

But no matter how grim the series can get, there’s an undeniable thrill in watching such an insightful show about such an insane endeavor — trying to do something great among working people who’ve long since been beaten down by experience and frankly resent the intrusion of lofty new standards. Anyone who’s ever tried it, even briefly, even a fraction of it, knows how tough it is, and how everything’s stacked against you. Carmy’s dead-eyed stare of exhaustion, the bleary misjudgments as he gets buried in unforeseen problems, the guilt over neglected family relationships combined with rage as they keep piling more emotional demands on top of his maddening chore list, the surreptitious checking to see if he really is suffering from a heart attack, are all so well observed.

And the tiniest successes are tremendously poignant, such as the line cooks gradually developing the habit of calling each other “chef.” It makes you think about how much of a difference just some small measure of respect in a crazily disrespectful society might make to your sense of well-being. At least socialists have “comrade,” which is more than most people who work sickeningly hard their whole lives ever get.