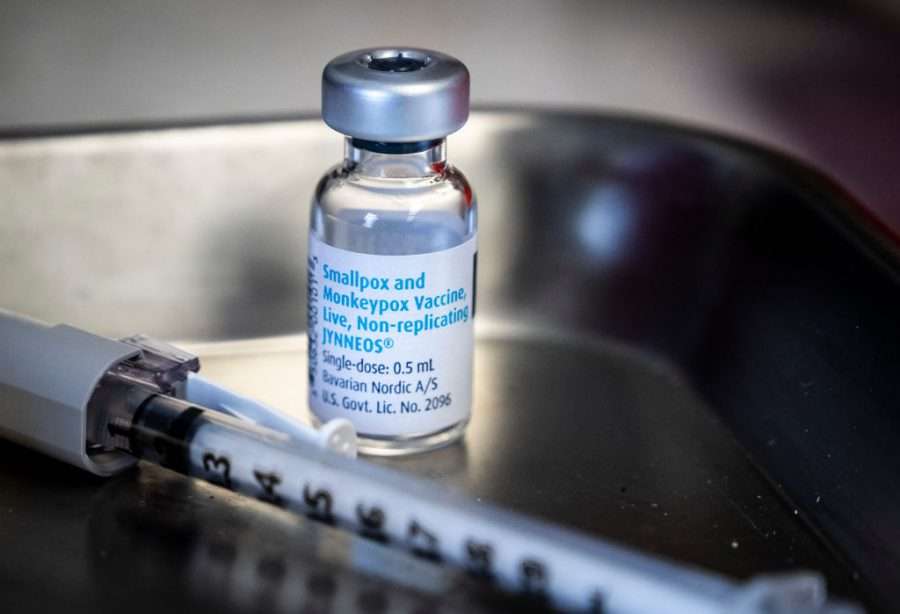 The World Health Organization recently declared monkeypox a public health emergency, even though it’s been prevalent in parts of Africa for decades. Often motivated by economic concerns, the body’s inconsistent decisions are endangering the lives of millions.

On July 23, 2022, the World Health Organization (WHO) finally declared monkeypox a global public health emergency of international concern (PHEIC). This is the highest level of alert the organization can make. The WHO made this announcement to raise the alarm and spearhead a much-needed international coordinated response to this outbreak.

WHO’s advisory panel had previously decided against labeling monkeypox a PHEIC not once but twice. Between both meetings, the number of confirmed cases worldwide rose from 3,040 across forty-seven countries to more than 16,000 in seventy-five countries and territories. The number of deaths associated with the disease also increased globally by 114 between January and August 2022. Why, given this marked increase, did it take the WHO so long to decide that a crisis was already underway?

What Is a PHEIC?

According to the International Health Regulations, a PHEIC is an “extraordinary event which is determined to constitute a public health risk to other states through the international spread of disease and to potentially required a coordinated international response for containment.”

Prior to the monkeypox outbreak, the WHO had only designated six other diseases as PHEICs since 2005, when the organization started using the term. These were the H1N1 (swine flu) influenza pandemic in 2009; polio resurgences in Afghanistan, Nigeria, and Pakistan in 2014; the Ebola epidemic in Guinea, Liberia, and Sierra Leone in 2014 and an Ebola outbreak in the Democratic Republic of Congo 2019; the spread of Zika virus in the Americas in 2016; and the COVID-19 pandemic in 2020.

This is not the first time the WHO has been criticized for delays in designating a PHEIC for a disease. In 2014, the organization took four months, and four emergency committee meetings, to decide that the rapid spread of the West African Ebola virus constituted an emergency, despite the fact that the Democratic Republic of Congo had notified the WHO of the outbreak a year prior. Even COVID-19, a truly global pandemic, took the body three months to classify as a PHEIC. This record suggests that the WHO has learned nothing from its previous mistakes.

The unwillingness of the WHO to respond to monkeypox when it was largely confined to Africa suggests an ugly truth: it measures the perceived level of threat of an outbreak by its potential consequences for the Global North.

The reasons the WHO chose not to declare an emergency until last month remain unclear. There is, however, speculation the organization delayed its decision so as to avoid the risk of stigmatizing affected groups. The fact that the WHO took swift action to rename monkeypox strains in order to discourage associations of the disease with black Africans suggests that fear of fueling bigotry influenced the organization’s decision. It is now commonly accepted that the popular understanding of HIV/AIDS as a “gay man’s disease” made public health communication about its risks more difficult. The WHO may have hoped avoid past problems this time round.

Typically, a PHEIC declaration comes with the obligation of WHO member states to follow their recommendations, including sharing data on cases. Therefore it is likely that delays in declaring a PHEIC, which reduced the amount of data available to scientists, may have dire consequences.

It is no surprise, then, that global health scholars have continuously voiced their criticisms of what they have seen as the lack of transparency and the inconsistency of the WHO’s Emergency Committee’s processes. The Committee’s decisions have, critics argued, often been influenced just as much by economic considerations, such as the possible harms that a pandemic could have on global trade, as epidemiological ones.

Within Africa, scientists have long pointed to the dangers of monkeypox and the potential risk of it causing a global pandemic. Despite the fact that there were 18,788 suspected cases of the disease in central Africa between 2009–19, the WHO did not declare the disease a matter of global concern.

Monkeypox has been endemic to West and Central Africa for decades, primarily due to the lower levels of vaccination for smallpox which governments across much of the world eradicated in the 1980s. Because states halted vaccinations for the disease, cases of monkeypox, which the smallpox vaccine is effective against, have increased.

When outbreaks occurred in the Democratic Republic of the Congo from 2005–7 or in Nigeria in 2017, the Global North remained unfazed and the WHO offered no help to these nations.

The unwillingness of the WHO to respond to monkeypox when it was largely confined to Africa suggests an ugly truth: the organization measures the perceived level of threat of an outbreak by its potential consequences for the Global North.

Case counts are now three times higher than normal in Africa, where there is very limited access to vaccines and antiviral treatments. If old habits are anything to go by, it is clear the Global North will prioritize securing limited vaccines for itself and leave the Global South to fend for itself. Had funding and resources to respond to the disease been made available to African countries earlier, it would have provided all countries with time to safeguard themselves against the risks of a global pandemic.

As of last week, there have been over thirty thousand confirmed global cases of monkeypox. In an updated report on the prevalence of monkeypox, the bulk of reported cases over the past month came from countries in Europe, North and South America. However, as with the COVID-19 pandemic, the shortage of testing equipment and facilities within Africa makes it likely that the total number of cases is much higher than what governments across the world are currently reporting.

Unlike COVID-19, the virus that causes monkeypox is a known vector, a living organism that transmits an infectious pathogen between humans or from animals to humans, which scientists identified in the 1970s. Scientists recorded 103 monkeypox-related deaths on the African continent since the start of 2022. There have been no reported fatalities among the seven-thousand-plus cases recorded outside of Africa. Given these facts, it would make sense for vaccination to be prioritized in the regions were mortality rates are higher. However, common sense has not prevailed and thus far vaccination programs within the continent are close to nonexistent.

WHO member states have previously pledged more than thirty-one million smallpox vaccine doses for smallpox emergencies. These have never been distributed to African countries for use against monkeypox, despite African researchers, scientists, and public health officials having warned the world for years now of the potential for the virus to spread more widely and rapidly.

Moreover, there are proven vaccines which scientists have already developed and formulated that have shown up to 85 percent efficacy in preventing monkeypox. It is therefore confusing that the international community has chosen only to respond in the UK, Europe, Canada, and the United States. A global response to the rapidly rising incidence of the disease in African countries like Nigeria is yet to materialize.

The current messaging and concentration of resources is strongly aimed at men who have sex with men (MSM). Whilst there was initially backlash from the public and global health community against this focus, it is a fact that monkeypox is predominantly impacting this demographic. Data has shown that from April to June, 98 percent of those infected with monkeypox were MSM.

The Case for a Change in Global Health Governance

Part of the problem is that declarations of a PHEIC force public health officials to think about outbreaks in a binary way. A disease either is or is not a global public health emergency. Confronting the spread of disease, however, often requires what global health scholars have described as a tiered and staggered response, recognizing that a virus may not yet have spread globally but it has potential to.

Public health officials considered the seven disease outbreaks since the creation of the PHEIC classification “extraordinary events.” According to some global public health scholars however, the WHO declared these diseases PHEICs not just “because of the clear ability of these six diseases to cause widespread human suffering, but also their ability to disrupt international trade.”

The looming danger of global health crises such as antimicrobial resistance (AMR) could arguably warrant the declaration of a PHEIC. AMR has already had an extraordinary impact as some researchers believe that it has exacerbated the spread of COVID-19.

Whilst there are many epidemiological differences between the spread of monkeypox and the other six diseases declared emergencies by the WHO, the organization’s handling of these outbreaks suggests a shared lesson. This is that the WHO is not, as it claims, an independent global heath body that can exercise good judgment or abstain from political influence.

As we have seen with all the other PHEIC declarations, it continues to place the private profit of its Western member states above public well-being. Whilst the resources required to address a serious global health emergency remain concentrated in the rich world, it seems unlikely this state of affairs will change.

The struggle to fight the spread of monkeypox is inextricably linked to the fight against homophobia and racism in global health. At a recent meeting, the Africa Centres for Disease Control and Prevention (CDC) amended a statute that empowers the health agency to declare public health emergencies of continental security concern even when the WHO does not declare a PHEIC.

African nations should empower themselves to put collective preventative measures in place to combat future outbreaks. These measures include widespread and accessible vaccination, expanding testing, tracing, and isolation, and designated quarantine facilities.

In our commitment to achieving true global health, we need to fight for free universal health care governed and lead by the communities affected most acutely by the spread of disease. A comprehensive response to future pandemics must include paid sick leave, free testing, and treatment. These provisions will give those effected by diseases like monkeypox the resources and time to recover.