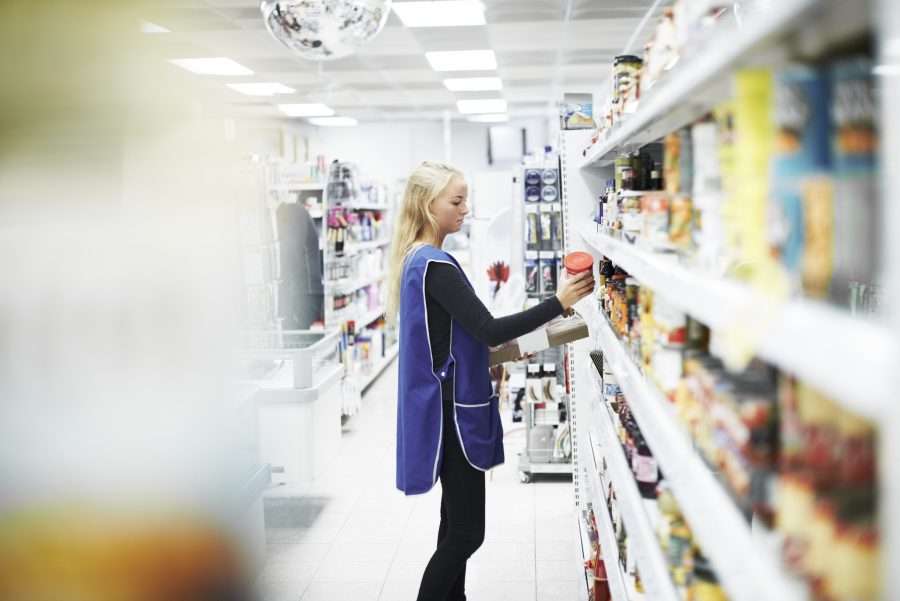 After the longest pay freeze in history, the establishment is warning of dire consequences if workers get wage rises – but the real disaster is rising profits for the rich as the rest suffer.

Waking up in Britain these days often means waking up to bad news. This morning, it was that inflation has hit another forty-year high, with CPI reaching into the double figures for the first time at 10.1 percent, higher than the figure predicted by the Bank of England’s short-term inflation forecast. Since poorer households spend larger proportions of their incomes on essential goods, this change itself is not felt equally: the Resolution Foundation estimates that for the poorest decile of households CPI inflation is 10.9 percent, versus 9.4 percent for the wealthiest.

The latest figures arrive in the run-up to Ofgem’s next energy cap announcement on 26 August. The cap is now expected to hit £3,500 in October, and by January could leave energy bills eating up one sixth of the average salary. Ofgem has abandoned any pretence it once had of being a ‘regulator’ as energy companies post massive profits across the board: Grace Blakeley noted in Tribune yesterday that Centrica, the owner of British Gas, had increased its profits fivefold in the first half of this year compared to the previous year; E.ON made £3 billion, Scottish Power nearly £1 billion, EDF £728 million, and the National Grid £3.4 billion.

This squeeze is now becoming suffocating. Back in May, a report from the Food Foundation found that more than two million adults had already gone a whole day without food in the prior month. Skip forward another three, and reports are now surfacing of food banks—themselves already evidence of a failing system—actually running out of food, incapable of juggling growing demand and the drain on their usual donations as previously secure households worry about putting meals on their own tables. The number of people facing eviction as a result of rent arrears, meanwhile, has reached its highest level since records began.

Even more desperate solutions are now being touted. Supermarket Iceland, in conjunction with charity Fair for You, is rolling out zero-interest loans to help people cover their food bills, to be paid back in weekly instalments of £10. Councils are setting up ‘warm banks’ to protect those who won’t be able to keep the heat on in their own homes this winter.

But without serious political action, a lethal situation is going to be hard to avoid. Poverty already plays a huge role in life expectancy gaps in the UK, with those in the wealthiest areas enjoying an average of ten years more of life than those in the poorest. According to the ONS, an estimated 63,000 excess winter deaths occurred in England and Wales in winter 2020 to 2021, 6.1 times more than the year prior, and this winter, as elderly people and families find themselves afraid of incurring fuel costs, the figure seems likely to spiral upwards. Prolonged exposure to cold and hunger can also have a lasting impact on your health and wellbeing in other ways, particularly for children, as Beauty Dhlamini has previously outlined, arguing:

The reality is that many of the health problems endemic in British society today have been generated and compounded by the policies of a government that simply doesn’t consider the lives—let alone the quality of life—of the working class to be important. And they’re allowed to get away with it by an opposition unprepared to make the basic demands necessary to prevent the crisis in which we now find ourselves.

Amid this life-threatening reality, any talk of a wage-price spiral from figures like Boris Johnson and the Andrew Bailey should be seen for what it is: an attempt to legitimise the transfer of wealth taking place from poor to rich, by blaming workers for wanting to be able to keep themselves and their families alive. Besides cruel, it is simply untrue. Research from Unite indicates that it’s corporate profiteering driving inflation, not workers’ wage demands—a profit-price spiral Grace Blakeley has expanded on here. Figures published yesterday found that real wages in fact fell at a record rate in the June just gone, dropping 4.1 percent on CPI, and 6.2 percent on RPI.

This, again, is not felt equally: the gap between public sector and private sector pay is widening, while figures from the Centre for Economics and Business Research out last week found that the highest earners, like City workers in insurance and finance, enjoyed double-digit wage growth in the last year compared with just one percent for the lowest paid. And after falling last year, the pay gap between bosses and workers is set to widen again.

All this comes after a seventeen-year-long squeeze on pay, the worst since the Napoleonic wars, and while Britain boasts a record number of billionaires. The trend is not only downward, but toward increasing polarisation of those who have everything and those who have nothing.

Liz Truss, increasingly likely to be our next prime minister, thinks Britain’s shortcomings are a mindset issue: workers in this country simply need more ‘graft’. But the reality is that hard graft no longer pays: roughly half of those on Universal Credit are in work, while research from the Bakers’ Union last year found that many of those who produce our food can’t afford to eat it. Increasing numbers of those in the most vital and demanding jobs, like teachers and nurses, are turning to food banks to survive.

Truss’s wilful ignorance aside, what workers actually need to face the cost of living crisis is empowered trade unions to fight for better pay, a higher minimum wage, and the nationalisation of the utility companies currently ripping them off for the basic necessities of living—particularly at a moment when the ruling party has gifted itself the perfect excuse to kick any meaningful commitments further down the road. These are the measures required by the scale of crisis we’re currently facing. There’s nothing sensible about letting people starve.