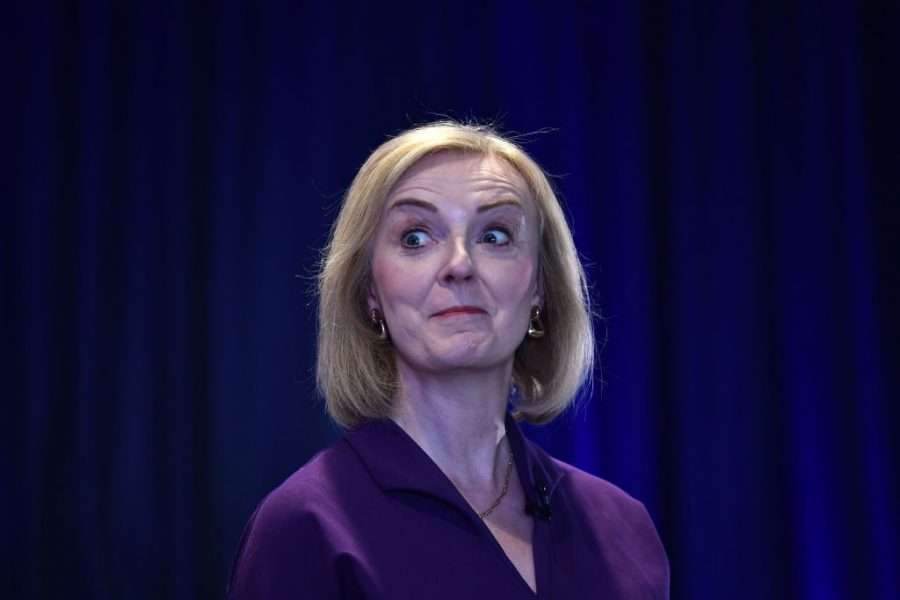 It’s comforting for politicians like Liz Truss to tell themselves low productivity is caused by laziness, because it absolves them of responsibility for an economy in which all hard work gets many people is a spot in the food bank queue.

‘Fear of the mob is a superstitious fear. It is based on the idea that there is some mysterious, fundamental difference between rich and poor as though they were two different races,’ wrote George Orwell, as he explained the life of a restaurant plongeur in Down and Out in Paris and London. ‘But in reality there is no such difference. The mass of the rich and the poor are differentiated by their incomes and nothing else, and the average millionaire is only the average dishwasher dressed in a new suit.’

The line exposes what is a running theme in much right-wing thought in this country and worldwide—that human nature and economics are totally interwoven; that both individual and societal success or failure is ascribed not to good or bad governance, but to some differentials in human characteristics that make one more worthy of the former, and another of the latter.

Cut to 2022, and a country in the midst of a cost of living crisis still waiting for a new Prime Minister to be appointed before anything is done, and so this argument about human character arises again. In a recording leaked to the Guardian, PM frontrunner Liz Truss said that British workers needed ‘more graft’ to boost productivity, and suggested areas outside of London lagged behind the capital due to ‘partly a mindset or attitude thing’. The then-chief secretary to the Treasury added that the UK’s ‘working culture’ lacked the ‘skill and application’ of foreign rivals like China.

Leaving aside what it must feel like for, say, a nurse coming home from working an extra two hours on your twelve-hour shift in a hospital where the roof is risking collapsing in on you only to be told by Liz Truss of all people you aren’t ‘grafting enough’, it’s also just plain wrong.

Her argument is far from new, echoing a passage in the book Britannia Unchained, which she co-authored with Tory MPs Dominic Raab, Kwasi Kwarteng, Priti Patel, and Chris Skidmore in 2012, which accused British workers of being the ‘worst idlers in the world’. (Truss for her part denied she was connected to the offending passage in question last month, blaming Raab).

There is the vague outline of some logic to it. The UK is hardly a star of productivity. In 2019, the average worker in a G7 country produces thirteen percent more per hour than one in the UK, with the gap only widening since then. But the idea that that’s due to lazy workers doesn’t stand up to any form of scrutiny.

First off, it’s worth explaining that productivity is not a measure of hours worked, but of economic output per hour—i.e., how much economic growth has a UK worker created in an hour versus an American or German counterpart, calculated by dividing total GDP output by total hours worked.

So it’s rarely a question of working hard, and more one of working efficiently. Indeed, if anything, British workers are more hardworking now than they have ever been. TUC research from 2019 found the UK had the longest working hours in the EU at forty-two hours a week, with full-time employees working an extra two and a half weeks each year compared to the average.

This makes it clear that an entire nation’s economic productivity is a little more complicated than the number of hours put in. And the real causes lie much more in the corridors of Whitehall than the factory floors of Coventry. One LSE poll in 2020 of the UK’s top economists found that the biggest factor for the UK’s flatlining productivity, cited by nearly half (forty percent) of respondents, was low spending and demand driven in part by years of government austerity.

As just two examples, there’s the fact that, as the Guardian’s Larry Elliott points out, UK business investment as a share of GDP is the lowest in the G7, while the UK devotes just 1.7 percent of GDP to research and development investment compared with an average of 3.1 percent for other members of the OECD. And that investment has been low since the 2008 financial crash. Investment in UK infrastructure, seen by many as a peg for boosting productivity, has lagged behind other advanced economies for years now. One calculation from 2016 found UK capital investment was 16.6 percent of GDP, compared to the 20.8 percent average for the OECD. Investment in education and skills to try and move away from low-paying labour has also been lacklustre for years.

Meanwhile, it’s hard to understand how the economy could push any more hours out of the UK’s beleaguered workers, who have to struggle with limited protections from either the state or trade unions, who have to overcome an array of Conservative laws limiting their ability to do everything from seek recognition to go on strike.

Indeed, if there was something innate about the UK’s working culture behind the country’s struggling productivity growth, it’s an awful coincidence that it was only in the aftermath of the financial crisis and the ensuing years of austerity that this supposedly fundamental part of the working people of Britain was exposed. Historically growing at two percent a year, productivity has stagnated since 2008/2009.

The true factors behind economic productivity are complicated and often hard to track, even for professional economists. It’s comforting, particularly for right-wing politicians whose party has spent the last twelve years in government, to tell themselves falling productivity is due to some innate cultural attitude, because it absolves them of any responsibility.

It allows them to ignore the much more complicated questions and trade-offs about what policies may have caused or worsened the issue, and how it will be solved. More than that, it presents its own much simpler solution: not government investment in education, training, infrastructure, or regulation, as just a few examples, but a simple society-wide psychological shift—one of those abstract goals that can justify, and historically, has justified, all sorts of stagnation and human misery in its pursuit.

In the meantime, every one of us finds ourselves stuck in the same socioeconomic purgatory we have been for the last twelve years, where hard graft is compensated for many only by long hours, low pay, and insecurity—only this time, we’re facing energy bills of £4,000 a year.