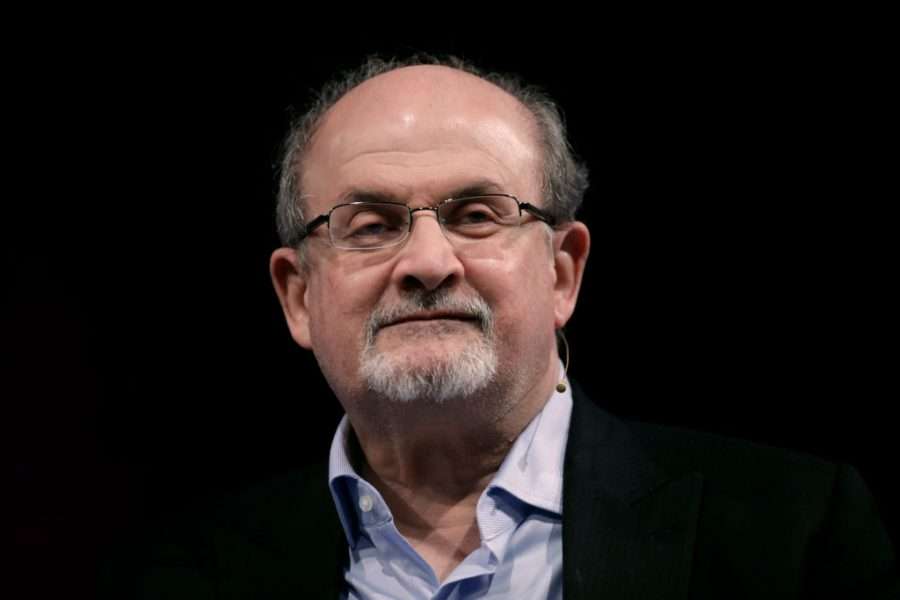 Last weekend, British novelist Salman Rushdie was almost killed for a novel he wrote. It’s a brutal reminder of why the Left’s long tradition of embracing free speech is so vital.

It looks like Salman Rushdie is going to lose an eye. He also has stab wounds on his neck and chest. He’s finally off the ventilator that was used to keep him alive in the immediate aftermath of the attack, but his son has called the injuries “life-changing.”

The novelist was getting ready to deliver a lecture in New York last Friday when a man rushed the stage to stab him. It seems to be a belated attempt to carry out the clerical death sentence against Rushdie issued decades ago by the Ayatollah Ruhollah Khomeini. The fatwa was issued because Rushdie wrote a “blasphemous” novel, The Satanic Verses.

To say all of that a bit more succinctly, a writer just spent days on the brink of death because a religious leader found his novel offensive. It’s a brutal reminder of the importance of free speech.

Free Speech and the Left

I’ve talked to far too many radicals who’ve convinced themselves that freedom of speech is an unserious “liberal” concern, and too many progressives in general (whether radicals or liberals) who have become so accustomed to only hearing right-wingers talk about “free speech” that they find the whole concept suspect. Free speech “absolutists,” according to one depressingly common line of thought, must just be looking for excuses to condone bigotry.

But all of this reflects a collective memory that goes back about ten minutes. Historically, free speech was a core value of the socialist left. Karl Marx wrote scathing polemics against the very idea of “benevolent” press censorship in the 1840s — in fact, these battles were formative in the development of his politics. In the twentieth century, the radical socialists who built the Industrial Workers of the World (IWW) waged what they called “free speech fights” in response to attempts to suppress their union. In the 1960s, the movement at UC-Berkeley that played a key role in the birth of the New Left called itself the Free Speech Movement. One of the most eloquent defenses of free speech ever written was the one penned by Marxist revolutionary Rosa Luxemburg just before she was murdered by the proto-Nazi “Freikorps” in 1918.

To be sure, the socialist movement has given rise to plenty of censorious bureaucrats. One particularly ugly mutation of our tradition produced Joseph Stalin. But those socialists going back to Marx who understood socialism not just as a set of economic arrangements but as a radical extension of democracy have always prized free speech for both pragmatic and principled reasons. As Jacobin contributor Leigh Phillips has put it, freedom of speech is the first freedom, without which there’s certainly no such thing as a right to dissent against the brutal inequalities that surround us or to organize for something better.

Any movement that wants to challenge existing power structures in a fundamental way needs to care about free speech as a matter of self-preservation. But there’s also a deeper reason to care about free speech. The telos of socialist politics — the defining point of our political project — is the empowerment of ordinary people. Without a deep commitment to freedom of expression, that commitment is incoherent.

Do Readers Need to Be Protected Against Books?

In one particularly funny scene in Zadie Smith’s multigenerational novel White Teeth, a group of young British Muslims go to a demonstration denouncing The Satanic Verses in Bradford in 1989 — the year that the fatwa was issued ordering the Ayatollah’s followers to murder Rushdie. On the train, the protesters ask each other if they’ve actually read the book. No one has. One of them references the price. “Twelve ninety-five, you know?”

Smith tells us that one of those young men, Millat Iqbal, “could not identify the book if it lay in a pile of other books and could not pick Rushdie himself out of a lineup. She then imagines that lineup of writers and thinkers deemed offensive by various authorities over the centuries, from Socrates to Nabokov, “all holding up their numbers for the mug shot, squinting in the flash bulb.”

What struck me thinking back to that scene after Rushdie’s stabbing is that, in Britain in 1989, the lack of thirteen pounds (or an interest in reading long novels) was the only thing keeping Millat and his friends from reading the book. For all the horrors inflicted on Rushdie and his murdered translators, the actual availability of the book has never been in doubt in countries like the United States and the UK. When I checked a few days after the stabbing, so many people had picked up copies that Amazon and Barnes & Noble were both out of stock.

But would The Satanic Verses be accepted by a major publisher if Rushdie had written it this year? The uncomfortable truth is that it’s hard to know. It isn’t difficult to imagine an editor interested in acquiring the book being unable to get a thumbs up from so-called sensitivity readers hired by the publishing house.

My concern about the Left and free speech isn’t that secular progressives are actually in favor of stabbing “blasphemous” novelists. It’s the fear that far too many progressives would respond to news of a publishing company canceling a contract for some Twitter-indicted, allegedly “Islamophobic” novel by rolling their eyes and making jokes about frozen peaches.

Those who accept a narrow libertarian definition of free speech wouldn’t see any problem in such news, since private publishing companies limiting the range of acceptable expression isn’t an issue of state censorship. But the idea that it’s important to protect the minds of readers from books whose content is deemed offensive, dangerous, or “harmful” strikes right at the heart of the value of free speech.

“Freedom,” Rosa Luxemburg wrote in 1918, “is always and exclusively freedom for the one who thinks differently.” No matter “how numerous” the ranks of those who agree with opinions that won’t upset or challenge anyone, freedom just for them isn’t “freedom at all” in the sense that mattered to Luxemburg.

After all, she wanted working-class people to be able to make decisions about how society as a whole should be run. That goal simply can’t be reconciled with the idea that our minds are so fragile that benevolent bureaucrats need to decide which ideas are safe enough for the rest of us to handle.

There would seem to be no point in deepening democracy by extending it into the economy if we’re not willing to put our trust in the ability of ordinary people to be exposed to every perspective and make up their own minds. If you feel that trust in your bones, you’re going to be passionate about protecting readers’ right to access the kind of writing that might upset or infuriate them but also might help them to see the world in a different light.

There are a good many policies, positions, and strategies about which socialists can disagree in good faith without contradiction to the fundaments of socialism, but to support censorship by anyone — state, clergy, or crowd — is to contradict the edifice on which socialist politics are built. If you think everyone is capable of self-government, you should care deeply about free speech. And that means standing in solidarity with Salman Rushdie.