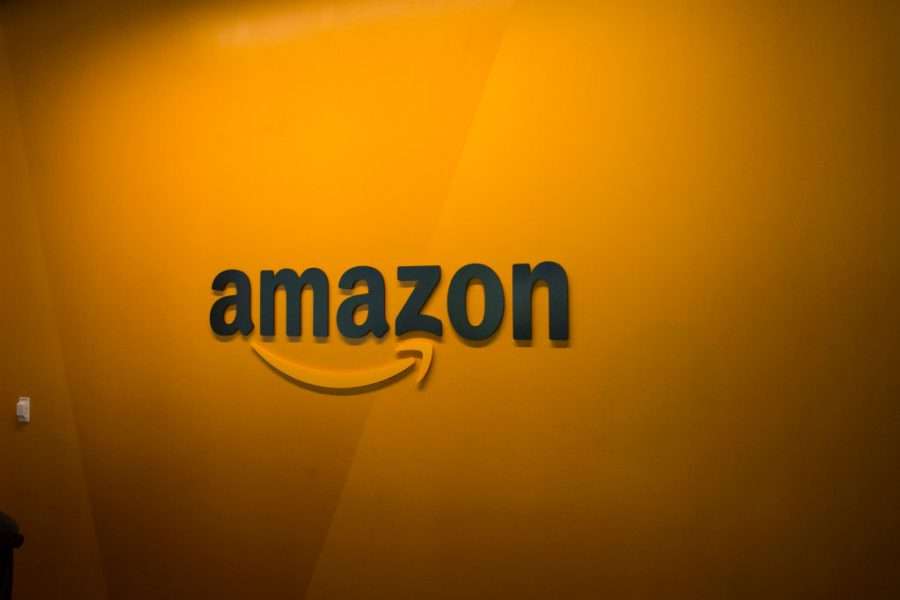 Amazon, one of the most profitable companies on Earth, can afford more than a pathetic 35p pay rise amid a cost of living catastrophe – and this month, its employees have been taking on the behemoth.

Amazon itself is one of the most profitable companies on the planet, with its annual revenue soaring to $386 billion in 2020. (David Ryder / Getty Images)

Faced with a financial squeeze from every side, Amazon worker Chris*, from Doncaster, recently had to go onto a debt management plan. His child maintenance payments alone have gone up £137 a month to cover spiralling prices elsewhere. ‘The cost of living is absolutely ridiculous,’ he says. ‘My power bill and my gas bill have more than doubled. The cost of everything is going up, but my wages haven’t risen very much.’

Chris is explaining why he joined hundreds of his colleagues in a recent wave of wildcat strikes. Unofficial action began on Thursday 4 August at the Amazon site in Tilbury over a proposed 35p pay rise, which Chris describes as ‘insulting’ and ‘inadequate’. Then the strikes spread, with workers at a number of sites including Bristol, Coventry, Doncaster, Rugby, and Rugeley staging sit-ins in canteens in protest at the measly offer made.

‘It’s just disgusting and disgraceful,’ says Sarah*, another worker who has taken part in the walkouts at the Amazon site in Bristol. ‘It goes to show the contempt they have for us. We’ve been driven to take action by desperation. People are worried about how they will be able to provide for their families.’

Amazon itself is one of the most profitable companies on the planet, with its annual revenue soaring to $386 billion in 2020. As highstreets shuttered, its online sales model made it one of the major beneficiaries of the pandemic; sales in the UK alone jumped fifty-one percent that year, to hit £19.4 billion. Its founder and executive chair Jeff Bezos held the top spot on Forbes’ rich list for four years, only being knocked into second by Elon Musk earlier this summer.

At the same time, Amazon UK Services reportedly paid no corporation tax in 2021 thanks to Rishi Sunak’s super-deduction scheme. Amazon UK Services includes Amazon’s warehouse network, from which horror stories have emerged of workers unable to take bathroom breaks and pushed to chase targets described as ‘not realistic for a human’. For workers like Chris, then, Amazon’s offer isn’t a question of affordability—it’s a question of priorities.

The Kick in the Teeth

In April, workers at Chris’s warehouse expected to receive a pay rise. They got nothing. ‘They said they couldn’t justify a pay rise, which annoyed us because the other warehouses in Doncaster were all offering decent pay rises—anything from £1 to £2 an hour more,’ he explains. Amazon workers were then offered between 35p to 50p, depending on their location, but the offer has been ridiculed: given RPI inflation stood, when the offer was made, at 11.8 percent, making 35p equivalent to about three, Sarah describes it as ‘a kick in the teeth.’

For many, the consequences of that kick in the teeth are likely to be drastic. Ahmed*, who has been working at the Amazon site in Coventry for a number of years, tells Tribune that as the rate of inflation skyrockets and energy bills keep rising, he is finding it difficult to survive on the wages he receives, while Anna*, who has been working at the Amazon strike in Bristol for four years, says she has had to take out a loan to cover her bills and remortgage her house. ‘In one month, I spend £300 on petrol alone,’ she says. ‘If you don’t do overtime you can’t survive.’

Worse is the knowledge that this crisis isn’t yet at its peak. In October, the energy price cap is set to rise once again to nearly £4,000 a year, pushing half of all households in the UK into fuel poverty. ‘Many will have to choose between heating or eating,’ says Sarah. ‘Coming into work has already got more expensive with the fuel price hike. The increasing price of food that we depend on to sustain the ten-and-a-half-hour shift is another big chunk of wages to part with.’

These are the worries on the minds of many Amazon workers who have taken action. But the cost of living crisis isn’t the only factor. Anger has been bubbling below the surface among Amazon’s workforce for a very long time, due in part to the culture in warehouses, where workers like Chris allege they are treated with utter distain.

Due to his diabetes, for example, Chris frequently needs to use the toilet. ‘If I go to the toilet I get told “Where have you been? Can’t you use your break time for that?” he tells Tribune. ‘They cause you so many issues and make you feel like you shouldn’t be going to the toilet. It’s painful.’

Simon, a worker who’s taken part in walkouts at the site in Coventry, has a critical illness which has meant he’s had to take leave for six weeks in February and March this year. ‘I’ve had to catch up with the backlog and it’s got even harder,’ he says. In response to the cost of living crisis, a lot of his colleagues have taken up additional jobs as taxi or delivery drivers on their days off—but his health means that even that option isn’t open to him.

A Culture of Fear

Taking all these factors together, the mood in Amazon warehouses across the country—one of frustration and anger, workers say—is hardly surprising. But Ahmed is also keen to highlight that there’s a great deal of fear across sites, which makes organising that anger into action much more difficult. ‘Many of the workers do not speak English as a first language, and are unaware of the role of trade unions in the UK,’ he tells Tribune.

For others, fear of redundancy or loss of pay is a prevailing factor, with workers who take part in sit-ins clocked out of their shifts by management and docked for the hours they don’t work. ‘Many can’t afford to lose a day or even a few hours of pay,’ explains Sarah. ‘We are counting pennies to make ends meet, and obviously Amazon is taking advantage of that reality.’

Fear among workers is compounded by an anti-union culture in the company, part of what made the victories of the Amazon Labor Union (ALU) in the US earlier this year so ground-breaking. In September 2020, Amazon posted two job adverts, both based in Phoenix, Arizona, for ‘intelligence analysts’, who would gather information on ‘sensitive topics that are highly confidential, including labor organizing threats against the company’. The adverts were later withdrawn, but the roles indicated just one of many ways that Amazon seeks to clamp down on union activity.

That clampdown has become apparent to many of those who have taken part in wildcat strikes in Britain in recent weeks. In Bristol, for example, the company erected a fence around the site, which Anna and others suggested is to prevent officials from the GMB trade union interacting with Amazon workers: ‘They now ask to see our badge to let us in,’ Anna says, ‘and employ a security guard.’ Chris suggests a similar situation unfolding in Doncaster: ‘They will not allow them [GMB reps] to stand anywhere near the site to give out leaflets. They send security out to get rid of them.’

Within the warehouses, too, discussion regarding unionisation is frowned upon by management, according to Chris. He says that discussing unions can get workers something known as an ‘adapt’, lasting six months—the equivalent, he adds, of ‘when you’re at school and you do something wrong and you’re put on report.’ ‘Any little misdemeanour they will class as a gross misconduct, and you’re out the door,’ he continues. ‘So that puts the frighteners on people straight away.’

Workers are determined, despite these tactics, with employees across sites including Swindon, Coventry, Rugby, Doncaster, and Bristol taking part in further coordinated strikes last Wednesday. Alongside walkouts and sit-ins, they have staged slowdowns, which see productivity deliberately reduced in protest at the pay offer. Ahmed tells Tribune that on one of his shifts at the Amazon site in Coventry, seventy percent of workers participated in a mass walkout.

At the same time, recent days have also seen a significant number of Amazon workers across multiple sites join the GMB—Ahmed, who is one of them, approximates eighty new members at his site in the previous four days alone—with some even becoming union reps. David McMullen, a regional organiser for GMB, explains that while the union has not been involved in the wildcat strikes, he has seen a significant increase in union membership.

‘We are building members to push for union recognition,’ David says, explaining that that ACAS, the employment relations service, are currently involved with talks regarding pay, with GMB calling for a rate of £15 an hour. ‘If Amazon reject the pay offer, we will ballot members.’

The significance of these developments can’t be downplayed. Amazon has been historically difficult to organise: that workers are now on the move testifies to their resolve, their anger, and the power of the strike wave currently sweeping across the country—and listening to workers, it’s clear that action is itself invigorating a new sense of solidarity and purpose.

Sarah puts it best. ‘Amazon want to make us feel worthless and powerless, but let me tell you, we are not powerless,’ she says. ‘Quite the opposite. We are strong together.’