Home / News / J. D. Vance Is a “Populist” Who Is Profiting From a Tax Loophole for the Ultrarich 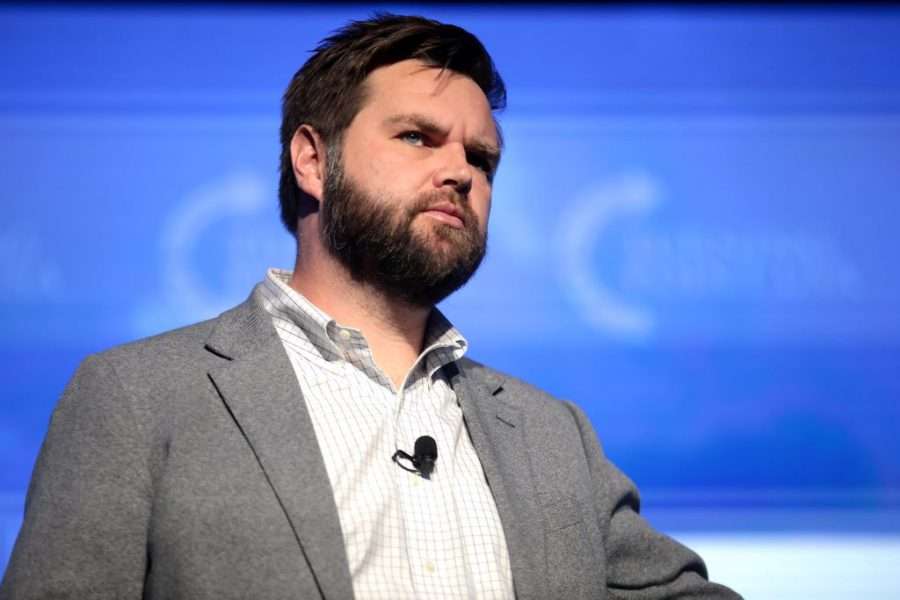 Republican Senate candidate J. D. Vance is selling himself to voters as an anti-elite populist. But his financial disclosures show that he benefits from the carried interest loophole, which notoriously benefits the very richest, most elite investors.

The supposed populist Ohio Republican Senate candidate J. D. Vance has structured his income to exploit a controversial tax loophole that almost exclusively benefits the super-rich, according to financial disclosures reviewed by us.

Politicians in both parties have denounced the tax dodge — but if they ever get serious about trying to eliminate the maneuver, Vance could stand in their way. If Vance wins in November, the Senate’s arcane rules could empower him to stall any initiative to close a tax loophole from which he stands to personally benefit.

Only an elite few are eligible for the notorious carried interest loophole, which allows private equity and hedge fund moguls to pay a capital gains rate of 20 percent on some of their income, rather than the typical 37 percent tax rate for top earners. In contrast with regular investors, only general partners — the firms’ top executives, who have become some of the richest people in the country — benefit from the loophole.

Vance, according to a newly filed personal financial disclosure, seems to count himself among this elite few, having structured his compensation to take advantage of the tax dodge. Indeed, his disclosure explicitly shows him classifying his ownership stakes in investment funds as carried interest.

Such financial maneuvers contrast with Vance casting his campaign as a populist crusade against elites. Having risen to fame thanks to his 2016 memoir, Hillbilly Elegy, Vance has positioned himself as a “conservative outsider” — despite the fact that he is being backed by his former boss, billionaire venture capitalist Peter Thiel, as well as former president Donald Trump.

Vance’s campaign is being boosted by a GOP super PAC whose largest donors include moguls from the equity industry that benefits from the carried interest loophole. Among them is Blackstone CEO Stephen Schwarzman, who gave the super PAC $10 million as his firm has been lobbying on “issues related to carried interest.”

The past three presidents — Joe Biden, Trump, and Barack Obama — all campaigned on closing the carried interest loophole, as have lawmakers in both parties. Vance, who has not taken a stance on the tax break from which he is positioned to benefit, did not respond to a request for comment.

Earlier this year, when asked by Huffington Post what he would do with his assets if elected, Vance replied, “I think probably put it in a blind trust is the thing that would make the most sense.”

In this case, though, he wouldn’t be blind to his stake in preserving the carried interest loophole.

Democrats in particular have been pushing to close the carried interest tax loophole for years, but the private equity industry’s herculean lobbying has so far thwarted these efforts.

While Trump campaigned on closing the loophole, the only change his 2017 tax cuts made on the matter was extending the time period that investment income had to be held, from one to three years, before it could be eligible for the lower tax rate.

The Inflation Reduction Act deal negotiated in July by Senate majority leader Chuck Schumer (D-NY) and Senator Joe Manchin (D-WV) initially included a provision to further lengthen the holding period before investments could qualify for the loophole. But that provision was ultimately scrapped to appease Senator Kyrsten Sinema (D-AZ).

In 2017, Vance abandoned his past Trump criticisms and praised the former president for splitting with the GOP on several issues, including on the carried interest loophole.

“If you think about what Trump really ran on, he made the centerpiece of his campaign, he slaughtered a lot of Republican sacred cows,” he said in response to questions at a book event in 2017. “What did he talk about: Raising taxes on hedge funds on billionaires, he talked about closing the carried interest loophole.”

That same year, Vance launched the first of two private equity funds in which he says he has carried interest stakes.

Vance has not named many policy specifics on the campaign trail but has alluded to imposing higher taxes on corporations that offshore jobs or engage in certain types of politics.

After corporate leaders met to discuss how to respond to state voter suppression laws, Vance tweeted in response:

Raise their taxes and do whatever else is necessary to fight these goons. We can have an American Republic or a global oligarchy, and it’s time for choosing.

At this very moment there are companies (big and small) paying good wages to American workers, investing in their communities, and making it easier for American families. Cut their taxes. No more subsidies to the anti-American business class.

By all means, let’s cut the taxes of the companies that invest in our country. But we’re going to raise taxes on companies that ship jobs overseas and use their money to fund anti-American radical movements. If these companies are going to wage war on America, it’s time America wages war on them.

He has not, however, specifically taken aim at the carried interest loophole.

“Filer Is Entitled to Carried Interest”

Vance reported on his disclosure forms that he is a general partner at two different private equity funds and says he has carried interest stakes there.

One of the firms where Vance lists himself as a general partner is “Rise of the Rest Seed Fund.”

In 2017, Vance launched that venture capital fund with AOL cofounder Steve Case to back startups outside of New York, California, and Massachusetts. Big names invested in that fund including Jeff Bezos, the Kochs, the Waltons, and billionaire hedge fund manager Ray Dalio.

His most recent financial disclosure lists a salary of $327,083 from Narya, as well as $945,000 in “other (management company profits)” from the company.

This $945,000 in Narya income is not categorized as either “capital gains,” “dividends,” or  “interest,” the typical reporting categories for personal financial disclosures. Narya was incorporated in December 2019, which means Vance may not yet have any investments in the company that would have reached the three-year holding period and therefore be eligible for the lower tax rate.