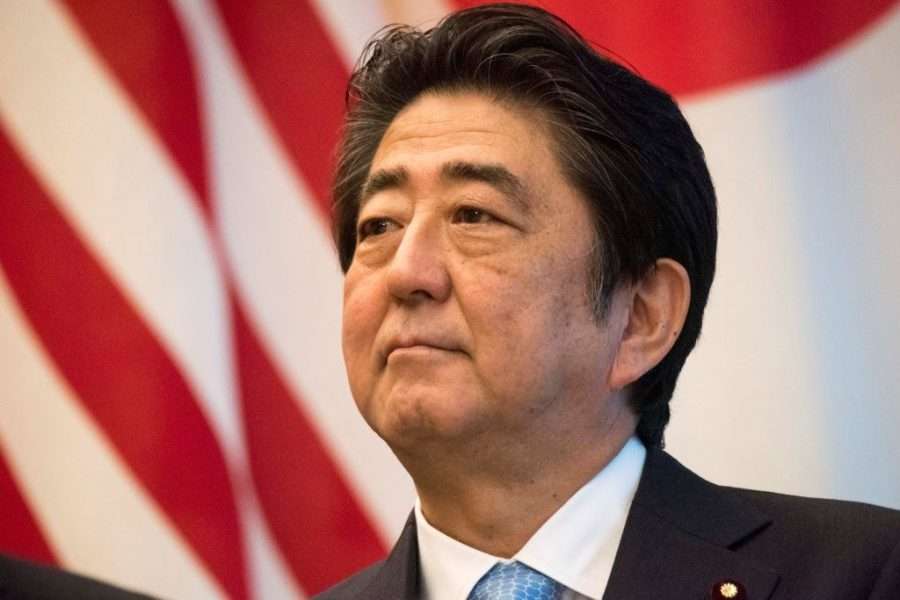 The Japanese government is pressing ahead with a state funeral for its former prime minister Abe Shinzo — essentially a state blessing for Abe’s legacy. In death as in life, Abe is strengthening the grip of ultranationalist militarism on Japanese politics.

When an assassin fatally shot former Japanese prime minister Abe Shinzo in front of an election rally in Nara on July 8, two days before a parliamentary upper house election in Japan, shock waves spread quickly around the world. Following a private funeral, Prime Minister Kishida Fumio announced that a “state funeral” for Abe would be conducted on September 27. It would, he insisted, demonstrate that Japan would not “submit to terrorism” while publicly recognizing Abe’s long contribution to the country, especially as prime minister in two stints, 2006–7 and 2012–20. No former prime minister has been honored in this fashion since the 1960s.

Some began to draw dark parallels with the assassinations or attempted assassinations of serving and former prime ministers in prewar Japan, such as those of Hara Takashi in 1921, Hamaguchi Osachi in 1930, Inukai Tsuyoshi in 1932, and Saito Makoto and Takahashi Korekiyo in 1936. Others recalled even more darkly the Aum Shinrikyo (Aum Supreme Truth) cult that carried out the March 1995 sarin chemical attack on the Tokyo subway, followed by the arrest, trial, and execution of its key members. Might twenty-first-century Japan be on the verge of going off the rails again now as it did with such dire consequences during other troubled times?

Abe may have been highly regarded outside Japan, especially in Washington, where policymakers appreciated his role as the most reliable (or obedient) of allies. However, within Japan itself, such was the miasma of scandals that thickened around his government that one expert could refer in early 2020 to his government, then in office for over seven years, as having failed in nearly all of its policies and constituting “a stain on Japan’s history.”

Such stern judgments were rare outside Japan. There was a global wave of admiration and sympathy after Abe’s death. Former Australian prime minister Malcolm Turnbull suggested that the world would “miss Abe’s wisdom. . . . Shinzo Abe was sincere, authentic, and warm. He was calm, considered, and wise.” Expressions of sympathy came even from those far removed from Abe on the political spectrum, including Vladimir Putin, who had good reason to know Abe well since he had met him for high-level talks on no fewer than twenty-seven occasions — far more than any other state leader. Putin expressed his shock at the “irreparable loss” of “an outstanding statesman.”

The decision to conduct a state funeral for Abe Shinzo soon proved controversial with the Japanese public. Nationwide majorities recorded their opposition to it.

But the decision to conduct a state funeral soon proved controversial with the Japanese public. Nationwide majorities recorded their opposition to it, often by large margins. As of late July, a Nikkei poll found that 47 percent were opposed while 43 were in favor. Another survey by Kyodo found 53 percent against and 45 percent in favor. Further surveys confirmed and reinforced this negative trend.

Abe and the Unification Church

After Abe’s killing, attention began to focus on his connection with the far-right Unification Church (Toitsu kyokai). The church is currently known by its official titles as the “World Peace and Unification Family League” or as the “Holy Spirit Association for the Unification of World Christianity” — or simply as the “Moonies” in reference to its Korean-born founder, Moon Son Myung.

After Abe’s killing, attention began to focus on his connection with the far-right Unification Church of Moon Son Myung.

One offshoot of the church was the International Federation for Victory Over Communism, which Moon instigated in 1968 in conjunction with Taiwan’s ruler, Chiang Kai-shek, and Japanese ultra-rightists Kodama Yoshio and Sasakawa Ryoichi. The federation was strongly promoted by Abe’s grandfather, Kishi Nobusuke, who served as prime minister from 1957 to 1960. With the anti-communist cause resonating positively in both the United States and Japan, the church thrived.

Abe’s killer is a forty-one-year-old former Maritime Self-Defense Force member, Yamagami Tetsuya. He declared that he had decided to punish Abe because he believed him to be closely connected to this cult and therefore held him responsible for his family’s immiseration. This appears to have been the motivation for the attack rather than any objection to Abe’s policies as prime minister.

Yamagami’s mother, having come to see Moon as a divinely appointed Messiah and parent to humanity whose mission was to complete Christ’s work and create a pure and perfect order on Earth, donated the family’s hundred-million-yen savings to the Unification Church — the equivalent of more than USD $1 million. Extreme poverty and isolation then followed for the Yamagami family. Tetsuya’s father and two of his brothers committed suicide, and Tetsuya himself had planned to do likewise.

Nobusuke had indeed been a close associate of Moon, and his grandson Abe seems to have maintained that closeness, delivering a keynote welcome message to the Universal Peace Federation (an offspring of the church) for its September 2021 meeting. Many other members of the ruling Liberal Democratic Party (LDP) and the governments it formed likewise had Unification Church connections, including Abe’s younger brother, Kishi Nobuo. Kishi had served as minister of defense since 2020 but was replaced in a cabinet reshuffle on August 10 after admitting that he had enjoyed the assistance of church members in his election campaigns.

In the weeks after the assassination, Japanese media reported that the names of 106 Diet members appeared on Unification Church membership lists, including eighty-two LDP parliamentarians. In the reorganized Kishida cabinet of August 10, 2022, nineteen of the fifty-four members had Church connections. Furthermore, along with the supporters of Moon and the ultraconservative Nihon Kaigi, all but two members of the second Kishida cabinet belonged to the Shinto Politics League (essentially a restatement of Japan’s prewar and wartime State Shinto ideology, which deified the emperor and legitimized military expansionism in East Asia).

It is astonishing but true that in the period since 2019 (and almost certainly for a long period before that), Japan has had a government that was divided between allies of the Korean-based Unification Church and those of a Japanese ultranationalist society, Nihon Kaigi, under the successive LDP administrations of Abe Shinzo, Suga Yoshihide, and Kishida Fumio. Moon’s church was syncretistic on a vaguely Christian frame — a cult perhaps best known for its conduct of mass weddings linking couples hitherto unknown to each other in grand ceremonies directed by Moon himself, who, inter alia, exhorted couples to recite together the Unification Church’s family pledge at 5 AM every eighth day.

The influence of extremist religious cults has weighed heavily in the Japanese state over the past decade.

Nihon Kaigi, on the other hand, which in a literal translation means “Japan Conference,” was syncretistic on a Shinto foundation, as a nationwide organization of believers in the superiority and purity of the Japanese people united around the emperor, much as in the doctrine of the prewar Japanese state. The fact that the Unification Church and Nihon Kaigi doctrines were formally incompatible did not seem to bother those who professed one or the other, or even — like Abe himself — both. Both religions extracted financial contributions from members (or sold them religious tokens and talismans), and both returned favors to their political allies, with the Unification Church sometimes sending unpaid volunteers — up to a hundred at a time — to assist in election campaigns for favored LDP members.

In other words, despite the professions of universal, democratic, and secular values from Japanese government officials during and after Abe’s premiership, and despite the fact that Article 20 of Japan’s constitution obliges state institutions to “refrain from religious education and any other religious activity,” the influence of extremist religious cults has weighed heavily in the Japanese state over the past decade. From 1990 onward, the LDP brushed aside criticisms of its religious activities that referred to Article 20 and addressed itself to the Japanese electorate as the leading element of a coalition with the revivalist Buddhist party Komeito. When Abe rose to a position of dominance in party and state, the LDP took further steps to bring its policies in line with the religious principles of the Unification Church and the Nihon Kaigi.

If the Kishida government proceeds as planned to host a grand public spectacle in Abe’s honor, it will mean substantial if unknown costs having to be met from the public purse without parliamentary authorization as required by the constitution’s Article 85, with overtones of the emperor-centered State Shinto ideology that was supposedly extinguished after Japan’s defeat in 1945, when the sovereignty of Japanese citizens was proclaimed.

As the Japan Democratic Lawyers Association has pointed out, a state funeral would amount to a state blessing for the Abe legacy. It would shift attention away from the controversial and contested nature of that legacy and from the multiple unresolved scandals of the Abe era, and it would amount to an apparent violation of the constitutionally guaranteed principles of freedom of thought and conscience.

State leaders around the world pondering their invitations to participate in the funeral events might think carefully as to whether they really want to endorse Abe’s religious causes and his core commitment to revise the Japanese constitution so as to create a smooth path for Japan to become a global great power capable of waging war. Are they aware that Japanese lawyers, religious and civil organizations, and, it would seem, a majority of its people contest the funeral project?

Since the beginning of this century, religious cults that resemble Aum Shinrikyo have penetrated the Japanese state to an extent that Aum leaders could scarcely have imagined three decades ago. Abe’s assassination and the looming funeral might have become the occasion for a reform of Japanese institutions to bring them back in line with constitutional principles. Instead, it seems as if the opposite process is underway, with right-wingers using the opportunity to entrench their powers. Abe’s successors in the LDP continue to lay siege to the Japanese constitution of 1947.

This article is copublished with Pearls and Irritations: A Public Policy Journal.