Home / News / After 12 Years Working at Starbucks, This Worker Says the Company Fired Him for Unionizing 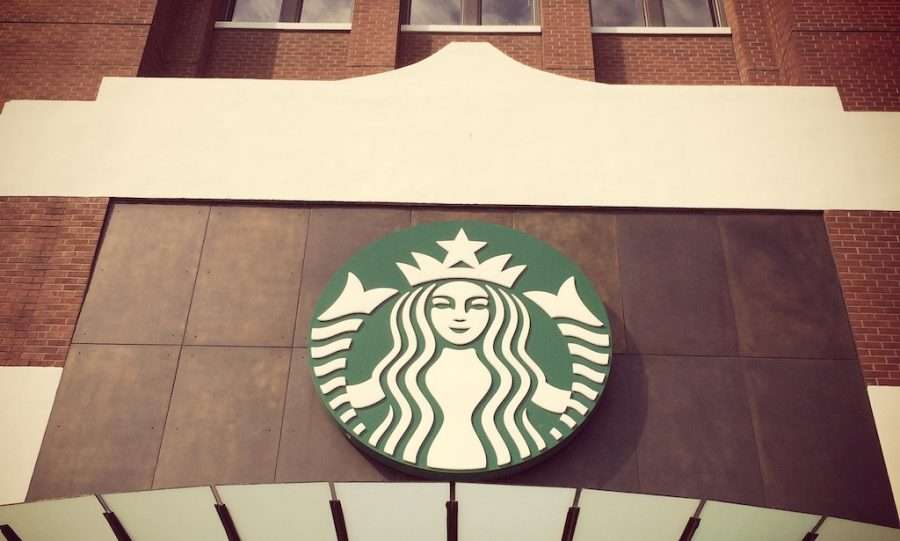 Sam Amato spent over a decade working as a barista for Starbucks near Buffalo, New York, and loves the company. But after he joined a union drive with Starbucks Workers United, he says the company didn’t care about his years of service — and fired him.

For more than a dozen years, Sam Amato served his customers and chatted with them every day. He saw their kids grow up. Some of his best friends are Starbucks customers and coworkers.

Remembering them, he chokes up.

“Just being in the store every day, and seeing these people, and talking to them, and making their drinks,” he says. “It was really an honor to do that.”

According to his fellow workers, Amato was everything that Starbucks could ask for in an employee. He was a veteran shift supervisor who knew the company’s rules and standards inside and out. He admired the company’s mission and values. He was a caring and supportive coworker who was great with customers.

“Sam is exemplary,” said Joe Callicutt, a shift supervisor who worked with Amato. “He, more so than anyone I believe on the team, is very passionate about upholding Starbucks’ mission and values, and the standards of operation as well.”

So it was a shock to everyone when, on Friday, August 5, 2022 Amato was unceremoniously fired — just shy of thirteen years from the first day he clocked in at Starbucks on August 13, 2009.

For Amato, there’s no question about why he was let go.

“Without a single doubt,” he told me, “I think that Starbucks fired me in retaliation for being a union leader, and being outspoken about making sure that my store is a safe, respectful and professional workplace.”

Almost immediately after he was fired, Amato’s fellow partners walked out of the store and went on strike. The store — located in Tonawanda, New York, just outside Buffalo’s city lines — remained shut down for over a week.

The strike has also gone viral. A TikTok recording of the walkout on the afternoon of August 5 has over 25 million views.

Amato’s firing and the subsequent walkout and strike come as Starbucks’s management escalates its crackdown on workers. Starbucks Workers United estimates that around seventy-five workers have been fired for union activities this year, according to the Guardian.

But even by Starbucks’s anti-union standards, the firing of Amato — a longtime partner with a stellar reputation — feels egregious.

And while Amato’s firing sparked the walkout and the strike, it was also the breaking point for many workers whose frustration with the company had been building up for months.

Amato’s store was one of the first to unionize, in March 2022. The store was temporarily relocated to Tonawanda while its permanent location at Sheridan Drive and Bailey Avenue in Amherst, a suburb of Buffalo, was under renovation. Partners referred to the store as “Sheridan and Bailey” even while they were momentarily working at the Tonawanda location

Workers at the store have multiple complaints about deteriorating working conditions and poor management decisions, much of which they see as retaliation for unionizing.

First, the corporate offices flooded the store with extra managers in the early stages of the union drive. By one worker’s account, ten store managers and six district managers came through their location over the course of several months, along with a host of corporate employees.

Workers said this was an attempt by Starbucks to frazzle and intimidate them ahead of the union vote.

Then there was the short-staffing after the store was unionized. The store’s personnel plummeted from around forty-nine staff to just seventeen, according to two partners — far too few workers to keep up with the customer’s high demand.

“It just got to a point where we were like, if we’re not going to be staffed correctly, we can’t successfully perform our jobs,” said Tati Gurskiy, a shift supervisor at the store.

Workers believed they were being punished and set up to fail — all in retaliation for unionizing.

Workers say the company also cut hours. Management told partners that unionized stores would miss out on new benefits, such as raises and new training programs. The company refused to bargain with the union. Many partners were upset with the new store manager.

Fed up, workers went on a one-day Unfair Labor Practices (ULP) strike in early July. The day before the strike, the union filed a charge with the National Labor Relations Board that claimed, among other things, Starbucks had engaged for months in “coercive and retaliatory activity” against partners at the store, “including threatening to discipline employees” and “penalizing employees by sending them home early.”

Amato was a leader of that one-day strike. In a letter to Starbucks management, the Sheridan and Bailey partners demanded an end to retaliation against the union, a full store meeting, the receiving of any new benefits that Starbucks offered, and sufficient hours to meet customer demand.

Amato believes his role in the ULP strike factored into his firing.

“I felt like I’ve had a target on my back,” he said. “I’ve been very vocal about my support for the union. I wear a union pin every day to work. I’ve been in publications. I’ve been in interviews.”

Striking Was the Last Resort

This was the context in which Amato was fired when he came in for his afternoon shift on August 5.

Amato said his supervisor told him that he was being “separated” because he closed the store lobby to new customers during a previous shift.

Amato denies that he made the decision to close the lobby, though he and other workers think it was a sensible decision. The store was down to three workers, and they said Starbucks’s management has told supervisors that they can modify operations when short-staffed.

Amato called the union’s lawyer, who came to the store, along with several other Starbucks workers. A leaked video shows Amato and his attorney repeatedly telling store management that Amato did not make the decision to close the lobby, with management unwilling to provide any details.

(Starbucks said in a statement that Amato is no longer with the company for “store policy violations,” and that he “did not adhere to Starbucks store closing policies.”)

Meanwhile, the store’s partners overheard everything that was happening. After being fired, Amato gave them hugs and said his goodbyes.

Gurskiy, the shift supervisor at the time, told me that the majority of the staff on the floor didn’t want to continue working. The union’s lawyer told them they were legally protected if they chose to take action — advice that helped stiffen their resolve.

“We were just like, this is not fair, this is not right,” Gurskiy said. “If we continue to work, it’s almost like Starbucks wins, even though we know that they just wrongfully terminated Sam.”

That’s when they made the decision to walk out.

Gurskiy locked the register, handed the keys to the store manager, and told her that they were going on strike. She led the floor staff — including four baristas and another shift supervisor — out the entrance. It’s a scene that has now been viewed by tens of millions of people on social media.

After everything they’d gone through in the past several months, said Gurskiy, Amato’s firing was the “final straw.”

“Because it was Sam who was getting terminated, we knew he genuinely didn’t do anything wrong,” she said. “There was no other solution that I could think of to help besides us going on strike.”

“I think that that really makes a statement,” she added, “to say that we are not going to continue to allow Starbucks to break the rules and treat us like this, so unfairly.”

Since the walkout on August 5 and all throughout the following week, the Tonawanda store remained shut down.

Actions outside the store on busy Delaware Avenue were festive and well-attended. A recent “Night Strike” attended by dozens of Starbucks workers and supporters occurred under a purple sky with pop music blaring. Strikers wore neon glow bracelets, laughing and dancing and taking selfies. They held up signs that read “Reinstate Sam” and “Retaliation is Toxic.”

Supporters driving by honked non-stop. One of Amato’s favorite customers visited to offer her support.

“I had a moment to talk to her, and say my goodbyes,” he said, choking up. “And it was just really touching. I’ll miss all of those people.”

A big part of what’s motivating the strikers remains the utter shock that someone like Amato — a nearly thirteen-year Starbucks veteran, a sweet and supportive coworker, a customer favorite — could be so abruptly terminated.

Callicutt believes that Starbucks is trying to make an example of Amato because of his support and leadership with the union.

“If Starbucks is going to make an example of someone who is so passionate for the company,” they said, “then they’ll have no issue in making examples of the rest of us.”

Callicutt says the strike is important because Starbucks “need[s] to know that we’re willing to stand up for our rights.”

Brian Murray, another Buffalo-area Starbucks partner, says that Amato represents “that kind of old guard of Starbucks workers” who “really cares and believes in the company’s mission and values.”

“He’s just extremely dedicated to Starbucks,” said Murray. “They’re firing him for being a union leader.”

Support for the workers has spread across social media. GoFundMe pages for Amato and the Sheridan and Bailey strikers have raised around $8,000.

Meanwhile, Starbucks workers nationwide have engaged in over three dozen strikes during the past month, according to the Cornell-ILR Labor Action Tracker.

The workers are demanding foremost that Amato be reinstated. They also want an end to union busting and to have their problems with store management addressed.

While Amato is heartbroken about being fired, he feels uplifted by the profound show of solidarity from his coworkers and from supporters in Buffalo and nationwide.

“Just to know that they support me, it’s powering me through this,” he said.

Amato has also never been more thankful to have a union.

“If I didn’t have the union and I was just fired, I would be lost. I would absolutely be devastated,” he said. “I’m so grateful that they’re here to have my back.”

Meanwhile, the firing of a respected, longtime employee signals the continued escalation of Starbucks’s assault against the union drive.

“We haven’t seen many campaigns like this over the past few decades, just in terms of the sheer numbers of [Unfair Labor Practices], the range of different unlawful tactics, and the brazenness of the illegality,” said Logan.

Nevertheless, the partners at the Sheridan and Bailey store are determined to get Amato reinstated and have their grievances addressed.

“I think collectively, as a team,” said Gurskiy, “we’ve never been on the same page more than we are right now.”