Home / News / In Jersey City, It’s Socialists Versus the Machine 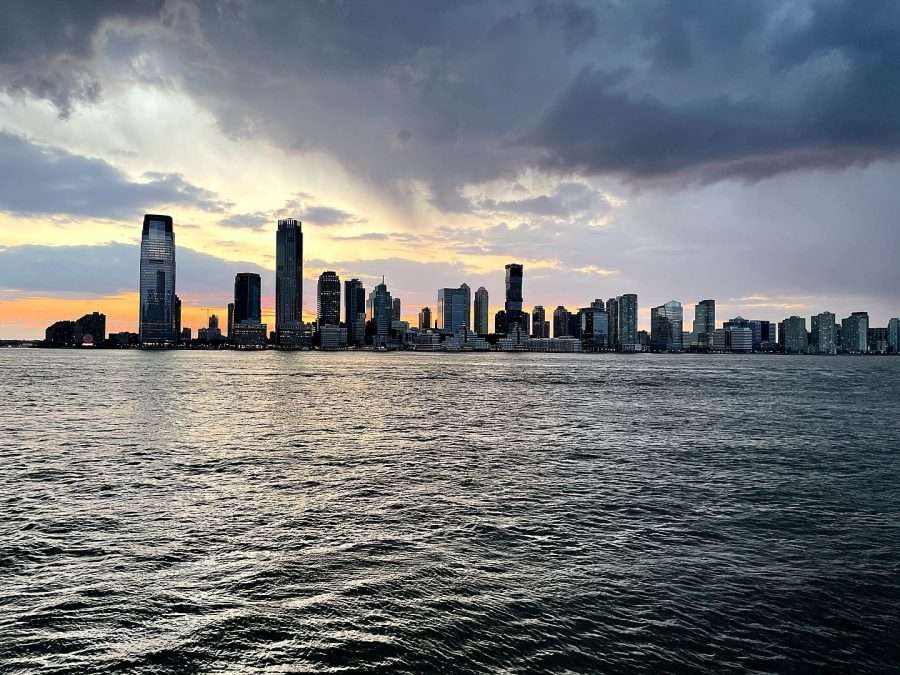 For decades, Jersey City was ruled by a cartoonishly sleazy party boss and his pro-corporate political machine. Today, it’s governed by a slicker version of the same. But now socialists and progressives are challenging their power.

Jersey City made news last month when it topped a list of the most expensive cities in the nation to rent a home. Between June 2021 and June 2022, average rent shot up by 66 percent to $5,500, the New York Times reports.

New Jersey’s second-largest city, with a population just under three hundred thousand, is seeing a “spate of new luxury apartments luring New Yorkers across the Hudson River with more space and amenities than they could afford near their offices.” As a result, rent is skyrocketing across the board, and working-class tenants are beginning to feel the squeeze.

But the corporate-developer-driven agenda for Jersey City is facing pushback from grassroots organizers. If real-estate interests are trying to put Jersey City on the map as a shining example of a luxury commuter city, socialists and progressives are attempting to put it on the map as an equally shining example of what effective resistance can look like.

Overlooking the Statue of Liberty, Jersey City has long been known as the “Golden Door” to working-class immigrants. It consistently ranks among the most diverse cities in the country, often in the top spot.

Amid the population boom and industrial growth of the mid-nineteenth century, Jersey City corporate and political elites captured the new wealth created by an influx of new laborers from around the world. In the early twentieth century, Jersey City was dominated by Mayor Frank Hague, or “Boss Hague,” whose cartoonish corruption lives on in the enduring trope of the New Jersey political machine, as seen, for example, in the HBO show Boardwalk Empire.

Ruling Jersey City from 1917 through 1947, the Democratic Party boss played kingmaker for governors and senators, and allied with the Chamber of Commerce to fight the “Red Communists” of the CIO. At the same time, “Hague enticed sweatshop factories fleeing nascent unionization out of New York City, while also allowing the American Federation of Labor to organize more skilled workers on a strict no-strike agreement,” write Mary Rizzo and Whitney Strub in the Washington Post.

Today, Democratic mayor Steven Fulop governs a rapidly developing Jersey City. After leaving his job with Goldman Sachs and getting elected in 2012 in a bid supposedly against the “Jersey City political machine,” Fulop now courts corporate real estate just as Hague courted factories, and he heads a city government worthy of all New Jersey-sleaze stereotypes.

“Favoring tax incentives and less cumbersome regulation,” notes Bloomberg, Fulop “has been a boon for developers, including Mack-Cali, Lefrak, China Overseas America and Hartz Mountain, which have constructed tens of thousands of new living units.” By canceling a property tax reevaluation soon after entering office, Fulop quickly proved himself an ally of real estate companies like Dixon Advisory — which is not only landlord to scores of Jersey City residents but also sold Fulop his current home and donated $300,000 to the mayor’s PAC when Fulop eyed a run for governor.

Meanwhile, a former adviser to Fulop is soon headed to trial, having been indicted for tax evasion while expediting development permits. And one of Fulop’s handpicked members of City Council, Amy DeGise, has her own scandal: the chairwoman of the Hudson County Democratic Party and daughter of another political boss is facing calls to resign after she committed a hit-and-run last month.

Clearly the ruling-class political machine is chugging along in Jersey City. But their dominance doesn’t go unchecked.

Even though Fulop paved the way for Airbnb to enter the Jersey City market, he later yielded to a landslide referendum to restrict Airbnb, which spent over $4 million to defeat the ballot initiative. The successful campaign to regulate the company was spearheaded by the hotel industry and hotel unions, with assistance from Hudson County Democratic Socialists of America (DSA), who turned out community members to city council hearings.

Since then, the Hudson County branch and North New Jersey chapter of DSA have continued challenging the mayor and his developer friends. Last year, DSA member and union representative Joel Brooks ran against Fulop’s incumbent pick for city council, losing by fewer than two hundred votes. Soon after the narrow defeat, Brooks and other DSA organizers supported tenants fighting their landlord amid two months without heat.

Last month, North New Jersey DSA launched a campaign to win the right to counsel in Jersey City. Right-to-counsel guarantees legal defense for renters facing eviction and other attacks from landlords. Studies nationwide show the staggering inequality between landlords, around 81 percent of whom have legal representation, and tenants, about 3 percent of whom are represented. The National Coalition for a Civil Right to Counsel estimates that a right to counsel may save more than 90 percent of tenants from losing their homes. Democratic socialists in cities across the country have fought for and won this policy both citywide, like the nation’s first right to counsel in San Francisco, and statewide, as in Connecticut.

Given the historically disempowered state of the Left in New Jersey, where corrupt mob-style dynasties have long dominated city and county government, right-to-council organizers can’t rely on allies inside of government. We will have to build a broad popular base instead, building bridges between diverse communities and big-tent coalitions comprised of diverse interest groups. That’s a challenge, but it’s also a unique opportunity: if socialists and progressives can organize New Jersey’s multiracial working class, the right to counsel will be only the beginning.

Capital’s entrenched political machine in Jersey City, in Hudson County, and in all of New Jersey makes truly insurgent campaigns particularly difficult. But the stakes are too high to sit idly by, and the conditions for transformative housing justice are clearly present. The rest of the country should take notice of the fight underway. If we can win in Jersey City, we can win anywhere.