Home / News / ‘Parents are in crisis’—childcare on the brink 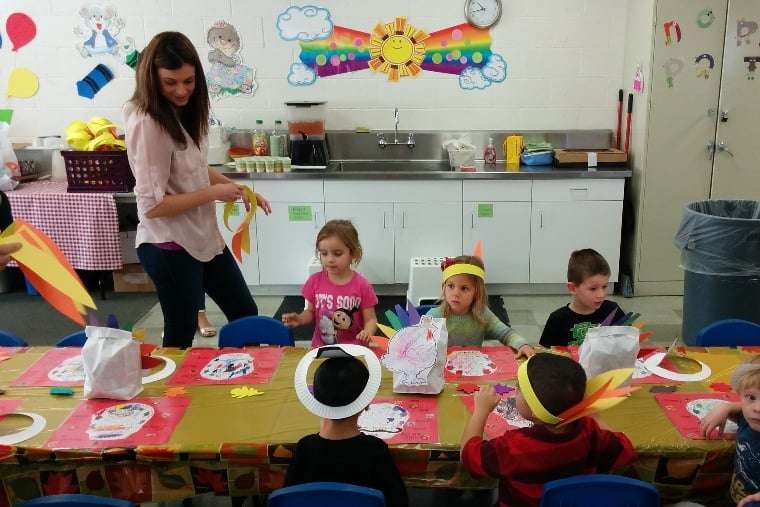 Some 4,000 childcare providers shut down in a year from March 2021. (Picture: Kyle Peyton)

Early years child care services are becoming an unaffordable luxury with parents battling closures and astronomically high bills. Workers are suffering from poverty pay and now under fresh pressure from the government to increase their workload.

And children are suffering the most at the hands of a privatised care model that puts their needs below the interests of profit. Joeli Brearly, founder of the Pregnant Then Screwed campaign, said the government policies were “essentially polishing a turd”.

Operating care services as a money making machine is having a devastating effect on those who rely on them.

Jonathan Broadbery, from the National Day Nurseries Association, said, “Earlier this year some of our members said they were looking at fee increases of between 4-8 percent, but that was before inflation was going through the roof. The only other alternative is to go out of business because they have to provide food, meals, and a safe environment for the children.”

Despite parents paying through the nose for care, workers are paid poverty wages. Care workers are flooding out of the sector and choosing to work in other areas for better wages. It’s a perfect storm that forced some 4,000 providers to close between March 2021 and March 2022—sometimes with just a few hours’ notice. Parents accessing government funded hours in a private childcare setting are struggling.

Nurseries and childminders limit how many “free” places they provide. That’s because the rate that the government pays to the provider for these free hours isn’t enough to cover costs.

So businesses charge astronomical prices for other children to make up for the resources “lost” in caring for children receiving free hours. A survey in March 2022 found that in some 86 percent of settings, funding for the three and four year old entitlement scheme does not cover the cost of delivering places.

The answer isn’t to cut back on free hours—but to extend and properly fund them. That’s because many women can’t afford to work. Some 40 percent of mothers say they have to work fewer hours than they would like because of childcare costs. It’s the system of profit that has caused this crisis.

The need to extract profit from caring for children means it’s untenable unless big bucks are rolling in. We need a programme of free, nationalised, accessible, good quality childcare now.

The government’s proposed solutions to the crisis would be laughable were they not so bleak. Its first suggestion is to pour £1.2 billion into a public information campaign about the tax‐free childcare scheme, which gives some parents 20 percent off their costs.

Its second is a proposal to allow workers to look after more children at a time. It wants staff to look after five children over the age of two years old, rather than the four they’re allowed to now.

But it will not reduce the cost of childcare, nor improve services. A survey of early years providers carried out by the Early Years Alliance showed that just 2 percent of nurseries, pre-schools and childminders say that this would result in lower fees.

One childminder explains it well. “I would not reduce my hourly fees for parents in my setting, as I would be increasing the workload for myself, and I would rather work with less children and earn the same amount,” they said. “This will not reduce parents’ childcare costs and I am at a loss as to why the government could even think this would be the case.”

It creates potentially dangerous situations for children. Zoe and Lewis Steeper launched a petition against the closures, after their baby died in a medical emergency at a nursery.

They said, “Relaxing the rules will not only put children at risk, but also decrease the quality of care and essential early years education they are receiving.” The Unison union said, “Children will be put at risk and staff will be driven out of the early education sector by this government interference.”

In Boris Johnson’s constituency parents have been left desperate after the Tory-run Uxbridge and South Ruislip council announced plans to drive a bulldozer through childcare provision. All three of the council-run providers are due to shut. This will leave 102 children without care and 29 workers without jobs.

Yet parents say that they’re facing a “wall of silence” from local Tories, including the prime minister. Hillingdon council in west London is forcing through the measures under “special urgency”—which removes it from public scrutiny.

Parents will be forced to give up their jobs or switch their kids to private providers. If they can find a space, it’s likely to cost between £400 and £1,000 more.

Dad Orest Bakhovski said, “Every parent is scrambling for a private nursery now. The cost impact will be significant.”

“It’s extremely frustrating. No steps seem to have been taken to make these Viable. The council just wants a cash injection.

“Yet the budget in February said the books were balanced for five years. Staff were showing prospective parents around the same week they got the announcement they were closing down.”

The figures of an emergency