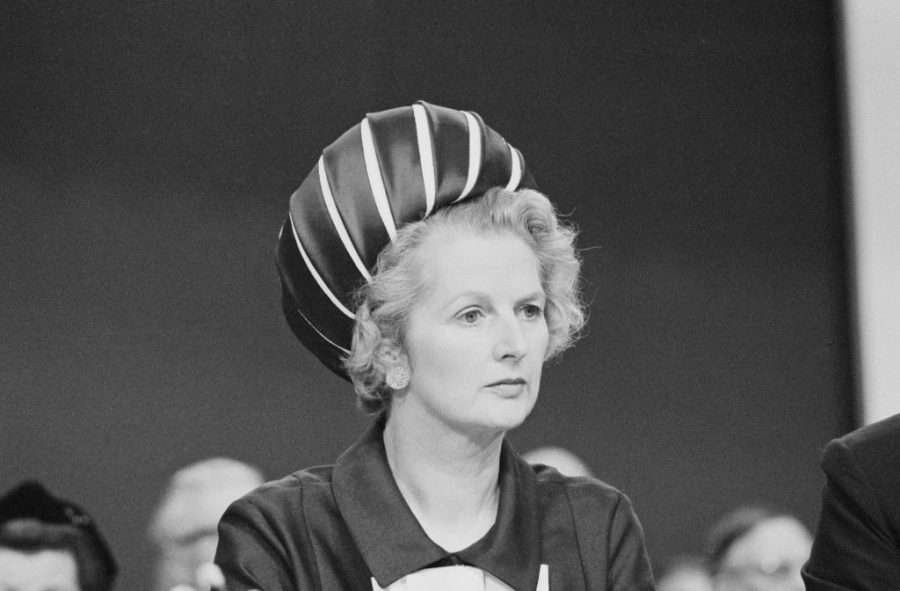 Britain was a once a leader in the global race for fibre optic technology. Then the Thatcher government injected ‘competition’ in telecommunications – and now we have are slow speeds, high prices, and workers facing real-terms pay cuts.

Privatisation fundamentally re-shaped Britain. No more so than in the realm of telecommunications, where the sale of BT to private investors set the course for the situation that citizens and workers now face: poor services and insufficient infrastructure for the former; low pay for the latter.

The telecommunications sector facilitates the exchange of data across a distance via electronic means. A complex and multi-layered entity, it comprises infrastructure owners and service operators that provide one of our most basic needs in the increasingly digitised world: connectivity. For the best part of the twentieth century, telecommunications were owned and operated by the state in the UK. To ensure that connectivity was accessible to all, Gladstone nationalised the telegraph industry in 1870, and Asquith took the telephone sector into government hands in 1912. From that point on, telecommunications comprised a part of the General Post Office, and together with postal services, it was transformed in 1969 into a public corporation. Just over a decade later, that corporation would be divided, with telecommunications becoming British Telecom, better known as BT.

The birth of BT would be the beginning of the end for the publicly owned telecommunications in the UK. In establishing it as a public corporation, Thatcher simultaneously repealed the monopoly status that it had inherited. Creating a competitor in the form of Mercury Communications in 1982 and injecting competition into telecommunications at three levels—infrastructure, services, and the supply of connecting equipment—she forged a path to privatisation. This would result in the sale of 50.2 percent of the government’s shares in BT in 1984, with successive share issues to follow in the 1990s.

The privatisation of BT is a pivotal moment in the history of neoliberalism. As stated in the BT archives, it was not merely BT that was on sale in 1984, but the whole concept of privatisation, and the so-called ‘success’ of the first share issue—aided by deliberately cheap shares—would inspire the mass flogging of state assets that took place in the years that followed.

Looking at telecommunications specifically, the actions of Thatcher’s government created a market out of what was previously considered a ‘natural monopoly’. The doctrine that inspired Thatcher will be familiar to anyone who has experienced British politics in the last four decades. Selling the corporation to private investors would increase the efficiency and productivity of telecommunications thus providing better services; competition would negate the need for regulation and the sale of shares would enfranchise ‘the many’ in the ‘economic life of the nation’. All in all, privatisation would return power to the people.

The state of telecommunications today reminds us that Thatcher’s vision was a myth of epic proportions. For one, the many have not been economically enfranchised. Far from it. Looking at the situation abounding at BT, which in many ways represents a microcosm of the British economy, CEO Philip Jansen is paid 86 times that of the average worker. In the context of spiralling inflation, such workers—many of whom are presently on strike as a result—have been offered a real-terms pay cut. As Dave Ward has explained in Tribune, it is not the company cannot afford to pay its workers a decent wage. Having raked in a profit of £1.3 billion in the last financial year (ending March 2022), it absolutely can. It is just that the corporation is choosing to fatten the purses of executive management and shareholders instead. Jansen, for instance, took home an additional 3.5 million in his pay package last year, amounting to a pay rise of 32 percent.

What’s more, there is no evidence that privatisation has delivered a more productive or efficient telecommunications sector. On the contrary, while Britain was a once a world leader in the global race to deliver fibre optic technology, it is today home to a flailing digital infrastructure and some of the slowest internet speeds in Western Europe.

The key to quick to internet is full-fibre optic connection. In the UK, this is the case for only 14 percent of premises. The majority are sustained by part fibre, part-copper cables. Having been in place for over a century, the copper cables upon which many of us rely are fundamentally insufficient for modern, data-heavy digital needs, and successive governments—from the coalition to the Johnson administration—have promised to move heaven and earth to replace them. All have failed, leaving many UK households to make do with infuriating speeds and an insufficient connection. This is particularly the case in rural communities which have been wilfully neglected by infrastructure owners due to lack of scope for profit in such sparsely populated areas.

The most frustrating thing about all of this is the fact that Britain had a shot at a full fibre optic network in the 1980s. While Thatcher had been expending efforts to privatise BT, the company had been working hard to develop fibre. And it had succeeded. As recalled by Dr Peter Cochrane, BT’s former Chief Technology Officer, in Tech Radar, the UK momentarily had more fibre per capita than any other country, and BT had two factories manufacturing the components necessary to take it out to the local loop—the final leg between cabinet and premise. But Thatcher’s government decided otherwise. Critical of what it saw as BT’s monopoly over fibre optic technology, it licensed American cable companies to provide the same service and sold off the factories to the highest bidder. The British position in the broadband race faltered, and forty years later, here we are, with full-fibre optic broadband for all a distance dream.

And it isn’t just infrastructural issues that reveal the negative consequences of privatisation. Millions of low-income households are also priced out of connectivity thanks to unaffordable broadband bills. As a feature of deprivation and a manifestation of rampant inequality, financially driven digital exclusion is not new. But it is set to be exacerbated in the current economic crisis, as telecommunication companies pass the burden of inflation to not only workers, but customers too.

BT offers a particularly stark example of this. Since 2020, it has subjected customers to annual price rises at the rate of inflation plus 3.9 percent. This year that amounted to a 10 percent increase. Next year, it will see prices rise by a further 13 percent. This has contributed to a situation whereby millions of people are struggling to pay their telecommunication bills, with a reported 3.5 million already reducing spending on other necessities simply to keep pace with payments and remain online.

That people are prioritising internet access amidst financial turmoil underlines the fact that it is an essential utility. Comparable to water and electricity, it is the foundation upon which social and economic participation now rests, and the key to realising a range of rights and freedoms. The issue is, like many other essentials in modern Britain, internet access is provided as a luxury, available only to those with the means to afford it.

This goes right to the heart of the decision to privatise BT decades ago. By transforming the public corporation into a private one, Thatcher commodified connectivity whilst simultaneously creating the conditions for a telecommunications sector that prioritises the enrichment of few ahead of the needs of the many. Over the course of the last decade, as the failures of this market-led approach becoming ever more apparent, countless politicians have promised to fix the so-called digital divide. But the reality is that rife inequalities and inefficiencies will remain so long as the provision of key aspects of telecommunications—and namely, the infrastructure—are subject to the mantra of profit maximisation.