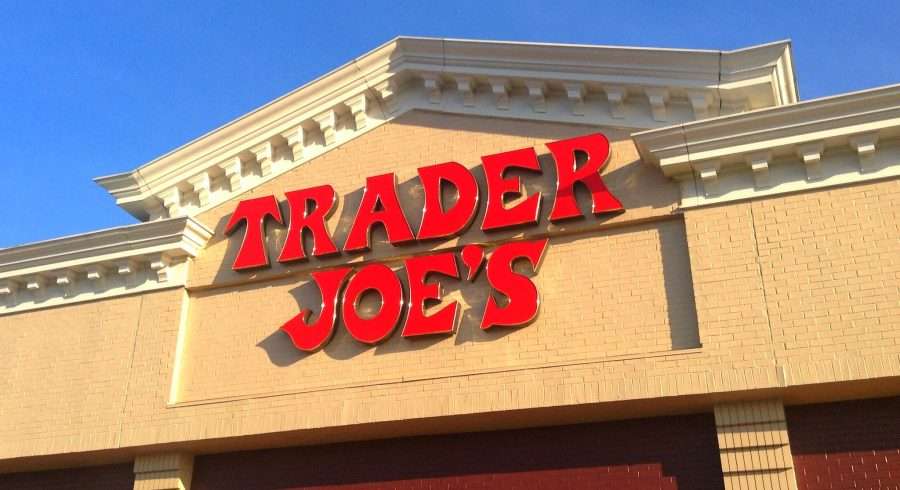 The union organizing upsurge in the United States has reached Trader Joe’s. Two stores, one in Massachusetts and one in Minneapolis, have unionized. We talked to a Minneapolis worker about why.

In July and August 2022, two Trader Joe’s stores became the first in the United States to vote to unionize. (Mike Mozart / Flickr)

On August 12, a Trader Joe’s store in Downtown Minneapolis became only the second in the nation to unionize after winning an election, supervised by the National Labor Relations Board (NLRB), by an overwhelming margin of fifty-five to five. The first store, in Hadley, Massachusetts, won its union election in late July.

Instead of joining an established union like the United Food and Commercial Workers (UFCW), which already represents workers at grocery store chains like Kroger and Albertsons, the workers in Hadley and Minneapolis formed their own independent union called Trader Joe’s United. Like the similarly independent Amazon Labor Union that won a union election at a warehouse in Staten Island, New York, earlier this year, Trader Joe’s United is taking on a major US corporation and winning despite being a brand-new organization with few resources and no staff.

Meanwhile, employees at a Trader Joe’s in Boulder, Colorado, recently petitioned for a union recognition election with UFCW Local 7. Workers at a Trader Joe’s wine shop in New York City were also preparing to launch a union drive with UFCW when the company abruptly closed their store on August 11, in what some workers describe as an effort to stop the growing campaign in its tracks.

To discuss all this, Jacobin contributor Jeff Schuhrke talked with Sarah Beth Ryther, a Trader Joe’s crew member at the Minneapolis store that just unionized. Ryther, thirty-two, has worked at the store for a year and is an employee-organizer with Trader Joe’s United.

What is the origin story behind the union drive at your Trader Joe’s store in Minneapolis? How did this start?

Last winter, there was an incident where a teenager with a gunshot wound to the head came into the store. I ended up being the first person in the store to talk with them, and they collapsed into my arms. They were taken to the hospital and survived. Timewise, the incident wrapped up pretty quickly.

But the aftermath of that situation and the way it was handled — the store was not closed, it just kept operating as normal, and there wasn’t any communication with the staff on a group level when it happened. I was told I could go home, but it was not made clear to me that I would be compensated for the shifts that I missed, so I kept working. I kept working for the next several days even though I knew I shouldn’t be there, because I wasn’t sure that I was going to be compensated. That was a very clear communication issue on the part of the company.

That and several other emergency situations made us very worried about safety. We don’t have an emergency loudspeaker that operates during store hours, so we’ve had several situations of fire alarms and tornado warnings where we have to go one-by-one to each customer and tell them they need to evacuate the store. In an active shooter situation or something else seriously dangerous, that’s not efficient. That felt basic to us.

Our managers were really good at listening to our concerns, but we quickly realized it was corporate Trader Joe’s that was responsible for creating a lot of the protocols that would help keep us safe.

Safety was the impetus, but there were many other issues that we felt so strongly that a union would help us with. So there were whisperings of unionizing as early as December. We started talking about it in earnest at the end of February and reached out to a lot of unions in the area, and not just grocery store unions like UFCW. We wanted to get an idea of the landscape.

We were at the point where we needed to decide whether we wanted to be independent or go with a larger union, when the store in Hadley, Massachusetts, announced their intent to unionize in May [through their own newly created, independent union, Trader Joe’s United]. So we reached out to them, and it became clear very quickly that it made sense to join forces with them.

Why did joining up with a new, independent union like Trader Joe’s United make the most sense to you and your coworkers? Why that instead of an existing union like UFCW?

Many of the workers at the Hadley store had worked at Trader Joe’s for fifteen to eighteen years, while most of us have worked at our store for less than a year. So the depth with which they were able to talk about the company, and the ways they’ve seen changes in real time, was really inspiring to us. It felt like they were our older siblings in this process. By nature of their longevity in the company, they had a much larger vision.

In a similar way, we had a larger vision. There’s so much turnover in the Minneapolis store that in the beginning, one of the ways we convinced people that this was important was saying, “Look, you’re probably not going to be here when this contract is ratified, but think of all the workers down the line you are going to help.” That was very convincing to our particular group of people, as being involved in something larger. Being able to blend that with Hadley’s concrete larger vision felt really organic.

In my opinion, Trader Joe’s feels very different from any other grocery store you walk into. It’s structured differently. We don’t have departments; we do all sorts of different things; we’re cross-trained in everything. And that lends itself to a sense of community. So part of us deciding to go with Trader Joe’s United was wanting to preserve that culture. We don’t want Trader Joe’s to be another grocery store. We want to hold them to their own standards, which in the past have been a lot higher.

As an independent union, you ended up winning your election in a blowout victory: fifty-five “yes” votes to only five “no” votes. How did you all do that?

We’re really tight knit. There’s a lot of turnover in our store, but we talk to each other all the time. We hang out a lot outside of work, including with people who used to work there.

A lot of the people who work at Trader Joe’s in Minneapolis are under twenty-five. They came up during the [George Floyd] uprising. They have a different relationship with large companies and with work because many of them, during the pandemic, saw family members being laid off. They saw this larger national conversation about work and what it means in their lives and believe that they deserve to be treated better in their workplace and are totally okay standing up and saying so.

It was recently reported that a Trader Joe’s wine shop in New York City was abruptly closed as the workers were preparing to launch a union drive with UFCW. Was there any union busting by the company during your election?

I actually was just talking with a person who worked at the New York wine store. They were just at the brink of unionizing. We’re sending them all of our support. I think most people at that store have worked there for fifteen-plus years. They were emailed in the middle of the night, and folks showed up to work the next day and then checked their emails and found out the store was closed. It must feel very difficult to have your job ripped away from you overnight.

At our store, a lot of managers were taking people aside and trying to intimidate them, telling them things that were untrue about what it would be like working in a unionized store. There were some intense moments. We had a manager take aside a high schooler [who works at the store] and say, “This is one of the most important decisions you’re ever going to make in your life, and you better make the right one” — so just hyperbole and fear and intimidation.

Has the company said whether they will accept the election results and begin bargaining with you?

They’ve been really quiet about it. It’s been awkward. It was similar right after we announced our intent to unionize. There was a lull for about a week, and then things started happening.

It’s really cool to feel like we’re part of this swell of union activity where workers, for a multitude of reasons, feel discouraged but then have a voice.

What has the experience of organizing your workplace been like for you, personally and as a worker?

But it’s also been energizing in that we’re trying to build something here. We’re trying to advocate for ourselves and create something that lasts. It’s really cool to feel like we’re part of this swell of union activity where workers, for a multitude of reasons, feel discouraged but then have a voice. That feels really important.

We have been talking to people all day long from Trader Joe’s across the country. Obviously, as you learned with the wine store in New York City, it’s of the utmost importance that campaigns be kept completely secret until they’re ready to announce. But I can say there are many stores who will be announcing their intent to unionize with Trader Joe’s United in the coming months. We’re talking to them every day, and we’re giving them as many resources as we can, helping them as much as we can.

And we are sharing resources with folks who have decided to go in a different direction, like with UFCW. It didn’t make sense for us to go with UFCW here just because of how we felt collectively as a group. But in Boulder, talking to one of the lead organizers there about why they chose to go with UFCW, I was like, “Yeah, 100 percent, this works for you; it seems like the union there will support you in every single way they can.” And similarly with the wine store in New York. We all want to support each other.

How do you see Trader Joe’s United fitting in with the larger labor movement, particularly with workers at other newly organizing companies like Starbucks and Amazon?

There’s a local Starbucks on Forty-seventh and Cedar in Minneapolis that was striking. They showed up to our rally, and we’ll show up for them. Just knowing that other people are standing up — understanding that even though it’s challenging, there’s somebody a mile away who’s doing the same thing — that’s really cool to know. If you’re having a hard time, you can reach out to them, and they can undoubtedly give you help and resources. Ultimately, we’re all trying to make things better for workers.