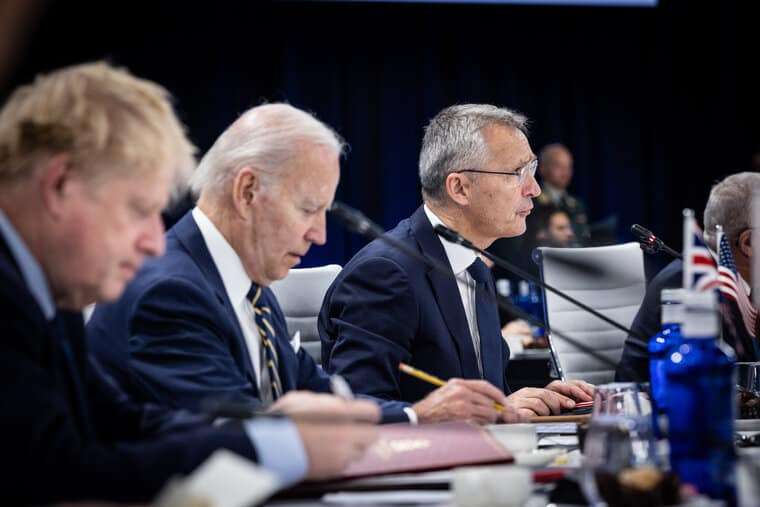 Six months since Vladimir Putin’s invasion of Ukraine, there’s another deadly twist in the proxy war between Nato and Russia. The West is urging on Ukraine to mount an offensive to retake Crimea from Russia. Russia grabbed the region in 2014.

This was Vladimir Putin’s response to Ukraine’s embrace of the US and its allies after the overthrow of Ukraine’s pro-Russian president Viktor Yanukovych. It was part of the sharpening of inter-imperialist rivalries, not a “liberation”. But any Western-backed push to retake Crimea—which Russia regards as an integral part of its territory—would risk a massive escalation of the fighting.

The US has made it clear that Ukraine can now use all its Western-supplied weapons to blast Crimea. Any target in the area is “by definition self-defence,” a top US official said. On Saturday a drone hit Russia’s navy headquarters at the heart of the heavily fortified Black Sea fleet base in Sevastopol in Crimea.

That followed a series of explosions at other military facilities in Crimea, including a major one at the Saki air base that reportedly destroyed nine Russian warplanes. Each of those attacks cost over £20 million. Ukraine hasn’t officially claimed the attacks, but there are no other suspects.

Mykhailo Podolyak, a top adviser to Ukrainian president Volodymyr Zelensky, described the explosions as the beginning of a counter-offensive. “Our strategy is to destroy the logistics, the supply lines and the ammunition depots and other objects of military infrastructure. It’s creating chaos within their own forces,” he said.

Hinting at plans to strike the Russian-built Kerch Bridge, which connects Crimea with the Russian mainland, Podolyak stated, “Such objects should be destroyed.” This is not just a passing episode.

On Tuesday this week Nato secretary general, Jens Stoltenberg, took part in the Crimea Platform summit. This was more than the usual tour of military groups that he blesses with the Nato’s military alliance’s bloody hands. The Crimea Platform is a recent creation of imperialism.

Formed last year, its aim is to ramp up aggressive measures against Russia. The group says it wants to increase “international pressure on the Kremlin” and “ensure that Russia ceases the occupation of Crimea and the Ukrainian government regains control of the peninsula”. The British government is in the frontline of the imperialist gang.

Defence secretary Ben Wallace said recently it will put another £250 million of the recently announced £1 billion into the International Fund for Ukraine to finance military training and equipment for Ukraine’s latest adventures. Britain has already trained more than 2,300 Ukrainian armed forces here.

The Ukraine war is shifting again. First, there was the Russian invasion that was blocked and in part thrown back by Ukrainian resistance. A stalemate followed with very gradual Russian advances in the south and east of Ukraine, with horrendous casualties on both sides.

All the while, Russia continued to use its artillery to pulverise a series of cities. But the massive supply of Western weaponry has opened up the possibility of another phase. The US sniffs a chance to humiliate Russia by driving it out of the Donbas and targeting territory it has held for eight years. It would be a further warning to China following the deliberate sabre-rattling over Taiwan.

For most of the time since the invasion, Russian artillery had longer-range weapons than Ukraine. Now, after the British and US supply of weapons such as the Himars rocket artillery system, Ukraine can outgun the Russians. This doesn’t mean Ukraine will invade tomorrow.

A Ukrainian presidential adviser told the Wall Street Journal newspaper, “We don’t want to go fist on fist against the Russians, but we want to degrade their forces so that we can reduce their ability to wage war and then squeeze them out.” But the Russians won’t simply allow themselves to be squeezed. As the West extends its war aims, the danger of wider war increases. That’s why resistance to war, East and West, must continue.