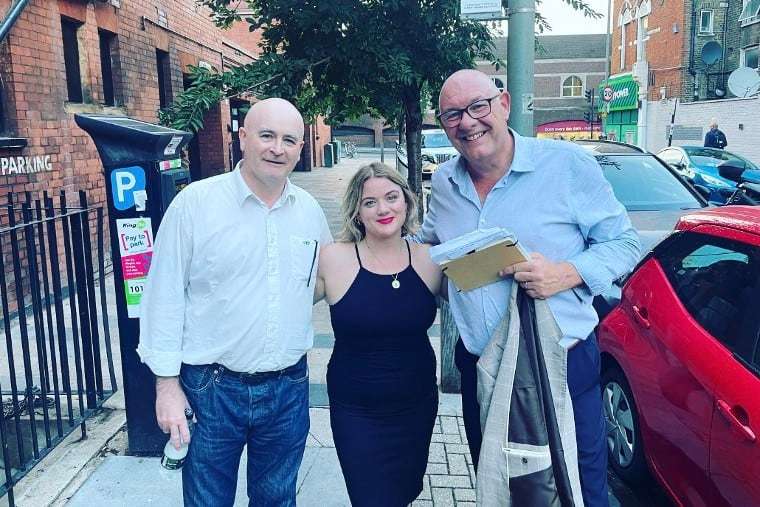 Union leaders were together at the Enough is Enough launch last week. They can call joint action (Picture: @DrJoGrady on Twitter)

It’s important to move beyond the present rhythm of strikes in Britain. And united action by several unions on the same day would do that.

One major reason is that strikes with hundreds of thousands of workers out together would greatly escalate the challenge to the bosses and the government. It would make clear that companies and ministers face a growing movement of the class, not just an individual set of strikers.

In 2011 when 2.5 million workers struck together on 30 November over pensions, it rammed home the message far more than just one group taking action. Union leaders threw away the potential of that dispute, but it could and should have been the beginning of a massive working class fightback.

Sometimes union leaders and activists say they want to keep the media focus on their dispute by striking on different days. But the reality is that strikes are often ignored, or simply rubbished, by the media.

A day when huge numbers of workers struck would dominate the news agenda. It would lead to everyone discussing why the strikes were happening, and give confidence to many others to be involved.

Another argument is that it’s “more effective” for, say, the Aslef union to strike one day and the RMT and TSSA unions another day because both sets of action close the network. It’s important to think about the effectiveness of action. But rail bosses aren’t moved by “clever tactics”. They know the government will bail them out.

Strikes have to create a crisis for the companies and for the Tories. Far from weakening the individual disputes, taking action together on more than one day would strengthen each particular battle.

Another important argument is that united action would be a beacon for the whole working class. A united strike day with all the rail workers out together alongside London Underground and Overground, BT and Royal Mail workers would be big in itself—around 225,000 workers.

But it could also be the basis for a call for the whole class to act. Every local dispute where workers have voted for strikes—bus workers, refuse workers, port workers, health workers and others—could time their action for the same day.

It would soon be a day of 300,000 or more people on strike. And then it would also be a spur to more of the unofficial strikes that we have seen at Amazon and on construction sites and refineries.

It would be a focus for people not in work and for campaigns over poverty, benefits, climate crisis, racism and more. Major marches and rallies would ram home the message.

That raises the question of how. It’s not a matter of passively waiting for it to arrive by some external process. Union leaders should call it.

But there are two dangers with the argument about united strikes. One is that union leaders say united action is so important that no one group of workers should strike unless the rest do.

Far from building the struggle, this becomes an obstacle to it. It can mean no action happening at all.

There are plenty of strikes that screw the bosses without class-wide action. But they very rarely win using only a series of token one-day actions. They require longer and escalating action. The correct slogan is “United if we can, on our own if we must”.

This leads to a second issue. Striking together is a form of escalation, but not sufficient in itself. We need united strikes, but we also need longer strikes.

An indefinite strike by rail workers would force the issue, whether anyone else came out with them or not. Let’s step up the pressure for united and escalating strikes.