Home / News / Cricket Is Political, and Shane Warne Knew It 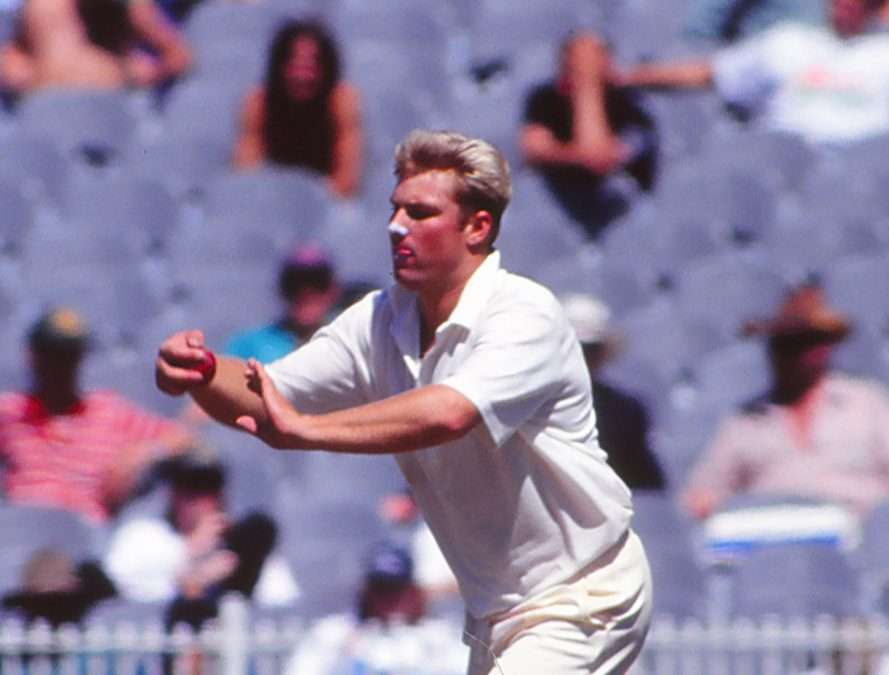 Popularized by the dying British Empire, cricket is a sport that has always been riven by class politics. The career of Australian bowler Shane Warne, who died earlier this year, offers a microcosm of this history.

In the months since his death, cricket fans have adorned Shane Warne’s statue at the Melbourne Cricket Ground (MCG) with a curious tribute. At the famous bowler’s feet, jars of vegemite, tins of baked beans, and cans of Victoria Bitter form a praetorian guard. These humble offerings reflect Warne’s public image as a working-class larrikin. It’s a legacy that contrasts starkly with Sir Donald Bradman, Australia’s most revered cricketer, and an otherworldly, upper-class figure.

According to Wisden, the ultimate reference book on the game, both Bradman and Warne deserve a place on its list of the five greatest cricketers of the twentieth century. Their stories — as well as those of the other three cricketers on Wisden’s list (Jack Hobbs, Garfield Sobers, and Vivian Richards) — provide insight into the geopolitical and class tensions that have shaped the history of the sport.

Patricians and Plebians, Batters and Bowlers

Shane Warne is the only specialist bowler to make it onto Wisden’s list. This imbalance hints at a half-forgotten class division in cricket: that between batter and bowler. In the Victorian era, batting was seen as an elegant pursuit for amateur gentlemen, while the hard labor of bowling was allocated to working-class professionals.

Unlike rugby, which split into two separate codes along class lines — Union for the elite and League for the proletariat — cricket maintained its unity by refining an internal division of labor between the classes. While this division has faded over time, it has also resurfaced in different guises.

For example, in the middle of the twentieth century, the Australian cricket team was riven by a conflict between Bradman, the patrician, protestant batsman, and Bill O’Reilly, an Irish Catholic spin bowler with ties to the Australian Labor Party. After retiring, O’Reilly held on to the grudge, advising the English team on how to dismiss Bradman during the 1948 Ashes tour.

As Australia’s two greatest cricketers, Bradman and Warne embody this old distinction. Bradman is treated as a quasi-divine figure: a methodical, mechanical angel descending from above, slaying with a bat rather than a sword, with a barely human Test batting average of 99.94. Warne, fleshy and flawed, strove upward from below, an incredible bowler who could also bat, with a top individual Test score of 99, agonizingly short of a century.

Warne performed the role of working-class culture hero with aplomb, despite becoming rich enough to own mansions on two continents and take up house flipping as a postretirement hobby. The master of spin kept the devotion of his home crowd at MCG, whose chants of “Warnie” could still be heard at his memorial service in March this year. The same crowd booed then prime minister Scott Morrison when his attendance at the event was announced.

Every year at the Boxing Day Test match, the class conflict in cricket plays out when Mexican waves roll around the MCG. As the wave passes through the Melbourne Cricket Club’s Members’ Reserve stand, bastion of the local elite, the cheers from the rest of the crowd transform into vigorous booing.

Despite this incipient class consciousness, the anger of Australian sports crowds can also turn against other targets, as the booing of Australian Football League (AFL) player Adam Goodes attests. Goodes carried on a tradition of Aboriginal players who have taken a stand against racism in the game. For this, from 2013 until his retirement in 2015, fans continuously booed him during games. At the time, Warne leapt to the defense of the sporting “public,” tweeting that they could “boo or chant whoever’s name they want,” and that the reaction had “nothing to do with being racist.”

The activism of Aboriginal footballers such as Nicky Winmar, Michael Long, and Adam Goodes has at least created a debate around racism in the AFL, albeit one marred by the ongoing racial vilification of these players. Australian cricket, on the other hand, with an overwhelmingly white national playing list throughout the twentieth century, has tended to ignore and erase this history of conflict entirely. In that sense, cricket is the quintessential Australian settler-colonial sport.

Remarkably, Beyond a Boundary, the most widely acclaimed book on cricket, was written by the Trinidadian Marxist C. L. R. James. According to James, Hobbs exemplified a vision of English propriety that began to fall apart in the 1930s, when the violence of the Bodyline tour and the decline of the British Empire played out in tandem.

During this Ashes tour, the visiting English captain, Douglas Jardine, instructed his bowlers to deliberately target the bodies of Bradman and the other Australian batters. While Jardine’s tactics won England the series, they also enraged Australian spectators and damaged diplomatic relations between Canberra and London.

The other two players in the Wisden top five, Garfield Sobers and Vivian Richards, both represented the West Indies. Sobers, the game’s greatest all-rounder, led the team during its initial rise in the 1960s and early 1970s, while Richards captained the side during the peak of its dominance in the 1980s.

As James foresaw, the West Indian teams of this era came to embody, on the cricket pitch, the anticolonial struggle of the newly independent Anglophone nations of the Caribbean. This was a sporting manifestation of the Black Liberation movement, expressed through Richards’s explosive batting, inflicting crushing defeats on English and Australian teams.

Warne’s international test debut came in 1992, just as the West Indies team began to decline and Australian cricket entered a new golden age. Warne retired from Test cricket in 2007, with his career spanning Paul Keating and John Howard’s tenures as prime minister. His career also played out alongside the rise and fall of the Australian republican movement, which did not exactly reach the dramatic heights of the West Indian independence struggle.

While a skilled player, Warne did not rise to the same political stature as Richards. By engineering the defeat of the Republican movement in the 1999 referendum, John Howard ensured that the British monarch would remain as the Australian head of state. At the same time, as if to salve a wounded national pride, Warne provided a bouffon sideshow by bamboozling English cricketers in one Ashes test series after another.

In 1993, Warne bowled former English captain Mike Gatting around his legs. In Adelaide in 2006, he inflicted the same humiliation on star batsman Kevin Pietersen. Although England maintained its symbolic political dominance over Australia, Warne ensured Australia at least retained its dominant position in sport.

Warne’s feats in the Ashes did not carry the same political charge as Viv Richards’s heroics did for the West Indies. The Australian bowler’s relationship with the English team was defined by friendly rivalry rather than anti-imperialist fervor. In general, Warne tended to be apolitical or reflexively conservative, as his comments on Adam Goodes demonstrate.

However, late in his life, Warne did become a surprise advocate, taking action against climate change. After reading a specially commissioned report, Warne expressed concern that rising temperatures would have a negative impact on players and sporting facilities and may even make it harder for grass to grow on cricket pitches. From vapid tweeter, Warne transformed into cricket’s answer to Greta Thunberg, calling for solidarity with cricketers from parts of the world most vulnerable to global warming.

It’s an instructive change of heart. When presented with concrete examples of an ecological and social disaster affecting the sport that he loved, Warne hopped off the fence and spoke out. Warne’s stand on climate change — along with Viv Richards’ heroism on the pitch — show that even in a sport popularized by a dying empire, there’s a transformative potential.