Home / News / Flush away the Tories and their stinking system 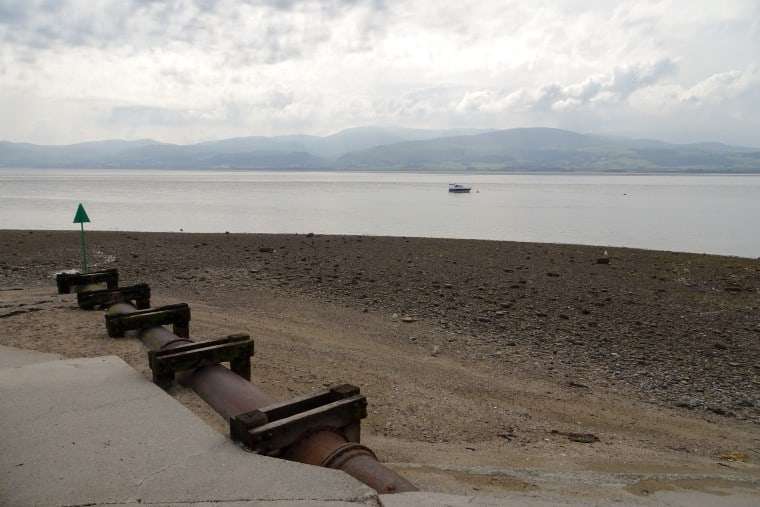 Dump the Tories and the water companies that pollute our beaches

The water companies that pump sewage into the sea, where it then ends up on beaches, are a revolting symbol of what’s wrong with our system.  The response to this by the Tories and their corporate hangers-on is to basically say, “shit happens.” But it doesn’t have to be this way.

Tory MPs have allowed sewage dumping by voting for this vile practice to continue. Tory leadership candidate Liz Truss signed off on a £235 million cut to the  Environment Agency, which, in part, led to a quarter of sewage overflow sites not being monitored.

But overflowing sewage is just the tip of the iceberg. Prices are rising, rents are rising, benefits don’t stretch to the end of the month, and people are scared to turn the gas because of the cost. And don’t even mention droughts and floods, and the eerie sense that Covid might return with new variants at any moment.

As intersecting crises pile up, the government seems to have gone missing —although it’s debatable whether that is a positive or a negative. It feels as if the system is out of control. And that’s because in many ways it is. The only controlling mechanism is the blunt interests of profit and power.

Capitalism is a chaotic system where companies and governments compete against each other in the pursuit of profit. They fight over what’s profitable, not human needs or what is sustainable.

It’s a very undemocratic way of running society. We vote every few years for a member of parliament but have no control over most decisions that shape our lives. We certainly didn’t vote to pump sewage into the sea, and most of us won’t even choose the next prime minister.

Socialism is the simple idea that workers must seize democratic control of the wealth and resources of society. If we have the capacity to generate gas and electricity from multiple sources, it makes sense for us all to discuss how it’s used.

And the people who work in the industry should be at the centre of those decisions and bring their expertise to the debates. The outcome should be based on long-term considerations, not on delivering a dividend to shareholders.

This is what we mean by democratic planning. It’s not a remote and bureaucratic system, it’s stripping away rule by a tiny minority. But it can’t happen without an assault on capitalist priorities and private ownership of major industries.

If we don’t want sewage on the beaches, and sewage at the top of politics, then we need big changes. That begins with supporting and spreading the strikes. But it also means flushing away the whole system and replacing it with socialism.