Home / News / Fuel bill rises will kill unless we fight 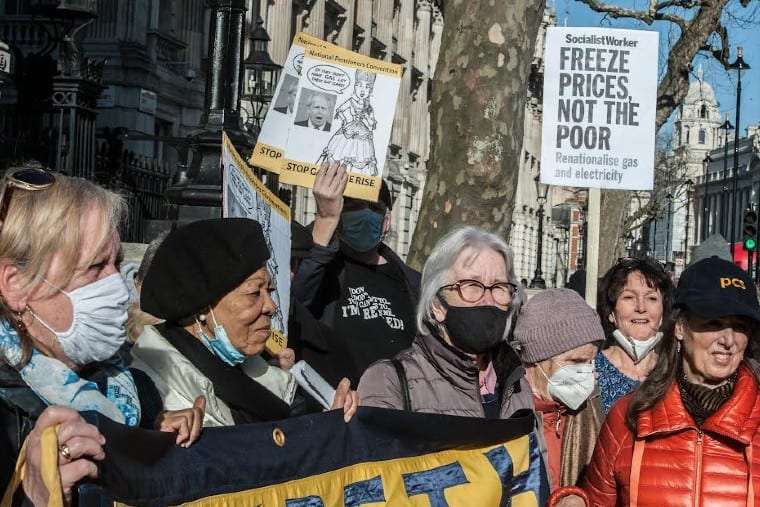 In just a few months without emergency government action on a vast scale, some 18 million households will find themselves plunged into previously unimaginable poverty. By January next year, home fuel bills are predicted to rise to over £6,000 a year, making the monthly bill for gas and electric at least £500 a month.

Two-thirds of the population—some 45 million people—will be trapped in “fuel poverty” at a time when the cost of food and accommodation has already risen fast. Utility companies will guard their profits by forcing the installation of ­pre-payment meters in houses where people simply can’t pay their bills.

Already, between January and June this year, they obtained some 200,000 warrants to go into people’s homes and fit such meters. There will be far more of this to come. They will also use a secret function on some newly installed “smart meters” to swap customers in danger of default to paying their bills in advance—with or without their consent.

When the credit on the meters is gone, so will the heat and light. Already local museums and libraries are making plans for “warm rooms” for the public.  They have begged the government for necessary funds to keep their heating on, but their pleas have been met with no response.

Many old, sick and disabled people who cannot afford to heat or eat will die unnecessary deaths.  The NHS confederation says a “humanitarian crisis” is already here. One help service currently receives more than 100 calls a day from people who have had their power disconnected.

That’s in the height of summer. Who can predict what level of distress there will be by winter? And threats to life are already occurring.

“This isn’t the only manifestation of these financial pressures we see. “Lots of violence, especially domestic abuse. More alcohol related injuries. Multiple jobs leading to tiredness and accidents.” The deadly slide towards unpayable bills starts this Friday.

That’s when the energy industry regulator Ofgem announces the level of the “price cap” to run from October to December. It is expected to rise from a massive £1,971 to a ­whopping £3,576 a year for typical users.

Tory leadership ­contenders Liz Truss and Rishi Sunak are wilfully ignoring the coming storm. So far, the state has offered just a £400 discount on energy bills and a little more for those on the lowest incomes.

That won’t even touch the sides of the crisis, and they know it. The only way bills can be brought down is if the state takes back ownership of the privatised energy utilities and agrees to subsidise bills indefinitely. The huge investment in cheaper green power and storage and the programmes to help cut energy wastage we need can only come about if the profit motive is removed from the industry.

But only a social explosion on a massive scale will force the government to act in his way. The current wave of strikes will have to draw in many millions more workers.

They will need to mount action for several days and weeks to truly hit the Tories. And they will have to combine with large-scale social disobedience of the most radical kind to stand a chance of winning. Only by matching our action to the scale of the crisis can we prevent millions of working class people’s lives from being broken by capitalist crisis.