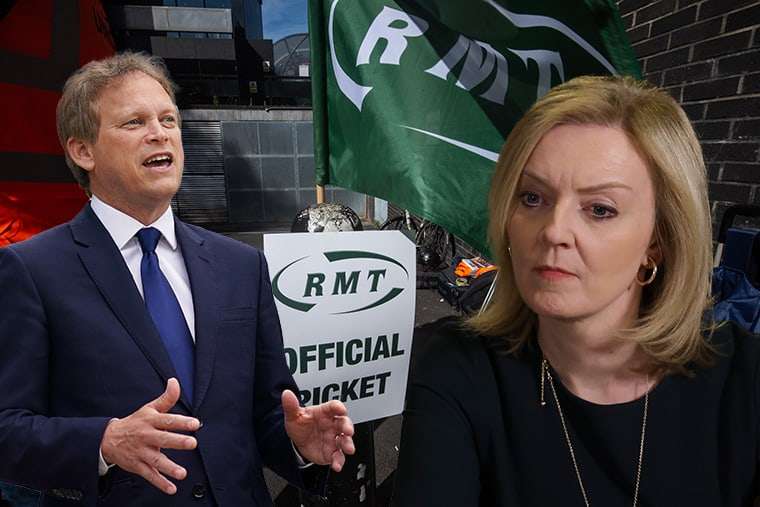 The Tories have threatened draconian new strike laws as a workers’ fightback over pay grows. Tory transport minister Grant Shapps outlined the scale of the offensive with a column in the Daily Mail newspaper on Thursday of last week.

He said former Tory prime minister “Margaret Thatcher knew Luddite trade unions were a barrier,” he wrote. She delivered prosperity by taking them on—and so will we.” He laid out 16 anti-union measures such as “minimum service levels during strike action” and “strike ballots to be conducted more often.”

Others included doubling the notice period for strikes to four weeks and restrictions on picketing near “critical infrastructure.” He also wants a new “inflammatory language” measure to be used against pickets, and an “online intimidation” basis for internet censorship. And he hopes to impose legal limits on picket numbers and to tax strike pay.

Shapps wants the RMT union to hold a vote on National Rail’s 8 percent pay offer over two years. Last weekend he threatened to use legislation to push through “compulsory modernisations”. He also wrote, “The unions are becoming ever more open that their real ambition is an autumn of strikes to force wider political change.”

The Tories want to stop action they know could see them gone. It’s no accident that their accelerated class assault comes as increasing numbers of workers head for strikes over pay. It’s a challenge to every union and worker fighting to defend their pay, job and conditions.

Andy, a striking Network Rail worker from east London, said from the picket line last Saturday, “We will resist any anti-democratic attacks. What the Tories overlook is that we are building a movement, if they come for the RMT they have to come for Unite, Unison and the rest.”

Union leaders should also resist the Tories’ planned laws—and defy them if they come in. They promised to resist and defy the last round of union laws—which imposed the 50 percent turnout threshold—but in reality went along with them.

Big wins in current disputes can give workers confidence to continue striking—and ignore and resist any Tory attacks.