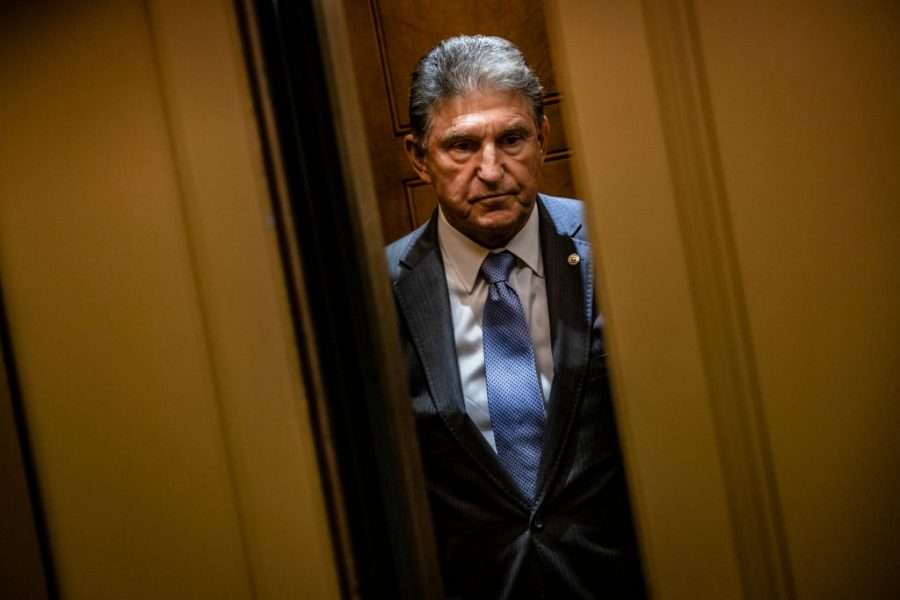 Last week, Democrats finally agreed on a major package of climate legislation. But in order for it to actually work, its worst parts will have to be killed or repealed. There are signs progressives in Congress are gearing up to do just that.

Senator Joe Manchin (D-WV) heads to a vote in the Senate at the US Capitol on June 8, 2021, in Washington, DC. (Samuel Corum / Getty Images)

The Democrats’ Inflation Reduction Act (IRA), as everyone should know by now, is both the best hope for meaningful climate action in the United States and a dangerous series of fossil fuel giveaways that will make the crisis worse. In other words, ensuring its rosiest promises on climate means simultaneously undoing the worst parts of the law and the deal that Democratic leadership struck with coal baron Joe Manchin (D-WV).

Happily, there is some movement on that front. One of the IRA’s most outrageous giveaways was a side deal struck with Manchin to “reform” the permitting process for infrastructure projects, a massive favor for both a fossil fuel industry whose planet-threatening work has been repeatedly slowed and thwarted by federal regulations but also for Manchin, who’s desperate to get the 303-mile-long Mountain Valley natural gas pipeline approved in his state. And it looks like progressives in Congress are gearing up to kill the measure.

“Destroying NEPA [the National Environmental Policy Act] has long been on Republicans’ wish list. But now, in a bizarre twist of history, Democrats are in a position to deliver on that agenda,” Representative Raúl Grijalva (D-AZ), chair of the House Committee on Natural Resources, said early on in a statement. “I wasn’t part of any handshake agreement, so I don’t feel obligated to support it merely because it’s a deal. Not at all.”

Grijalva is now working on making permitting reform a stand-alone vote, so that progressives are free to vote their conscience on the measure without being blackmailed by the prospect of defunding the government.

Grijalva’s position was echoed by a host of other progressives. Squad member Representative Cori Bush (D-MO) backed the ten-term congressman, warning that “St. Louis’s vote won’t be taken for granted,” while Representative Rashida Tlaib came out hard and early against the deal. “Now that the IRA has passed, there is absolutely zero reason that Congress should follow through on a backdoor handshake deal that directly undermines the purpose of the IRA,” she said the day it passed the House.

“The jury is still out. I don’t think anyone should take those votes for granted,” Representative Pramila Jayapal (D-WA), the chair of the Congressional Progressive Caucus, told Politico, in the clearest sign this progressive opposition could be picking up some broader institutional backing in Congress. Representatives Jared Huffman (D-CA) and Ro Khanna (D-CA) likewise signaled ambivalence about voting for the giveaway.

In a more ominous sign for Manchin’s deal, even some Republicans have voiced skepticism about backing the bill, threatening to kill what they dubbed a “political payback scheme.” Manchin will need all the votes he can get: if enough progressives withhold their vote in the House, the Democratic leadership will need to find Republican members to replace them, while in the Senate, the reform will need sixty votes to pass.

No senators have come out as strongly against the measure as Grijalva. But Senator Bernie Sanders’s (D-VT) floor speech on the day of the IRA vote, in which he singled out the permitting deal for criticism and vowed to “do everything possible to take on the greed of the fossil fuel industry,” suggests he too may end up a no vote. If so, the margin for passage becomes even tighter in the notoriously gridlocked Senate.

Sooner or later, Manchin’s deal must be unwound for the sake of a livable future. Scientists have said repeatedly and unambiguously that new fossil fuel investments and infrastructure have to end right now if we’re going to avoid the most catastrophic future outcomes. The Mountain Valley Pipeline alone is not only tipped to emit the equivalent of twenty-six coal plants’ worth of emissions every year but will carry the highly potent greenhouse gas methane, which has a tendency to leak.

Meanwhile, even a brief glance at the summary of the Manchin deal carries a host of other red flags: from prioritizing the permitting of a rolling list of twenty-five energy infrastructure projects to weakening the Clean Water Act, setting a maximum time period for permitting reviews, and creating a statute of limitations for legal challenges to projects like pipelines.

The vote will be a test for both the wider climate movement, who have so far successfully used direct action to force the issue onto the political agenda in Washington, and for progressives in Congress, whose hopes for a far more ambitious climate and social-safety-net expansion bill last year were dashed when Manchin deceived them about backing the legislation. The good news is: progressives who tank Manchin’s fossil fuel giveaway now will not only be on the right side of history but needn’t feel guilty about not honoring whatever deal was struck. As Tlaib put it, “Manchin went back on his word to get BBB done, and we owe him nothing now.”