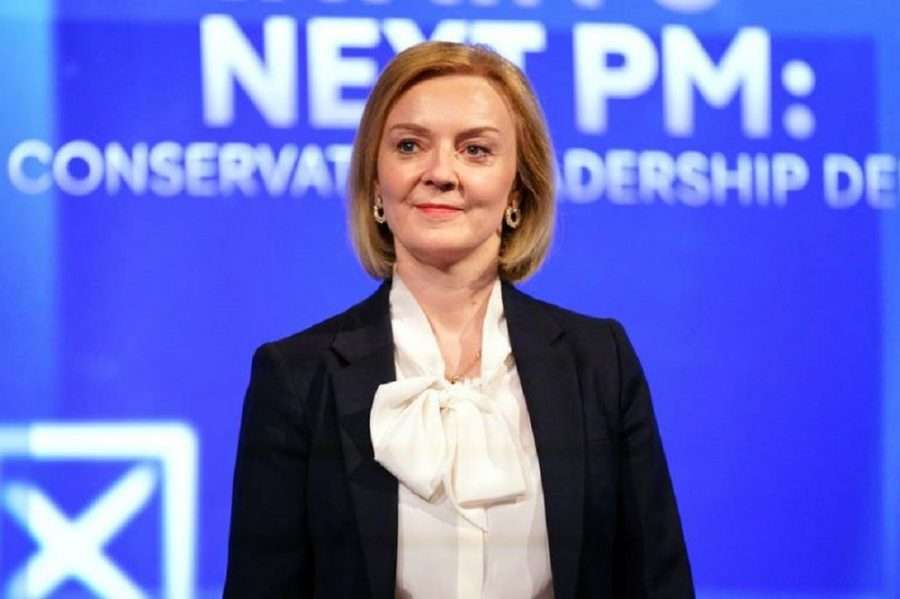 Liz Truss, likely our next prime minister, aspires to Thatcher’s legacy – but her record so far is less ideological crusade and more picking nasty policies at random from a right-wing lucky dip.

In 1966, Doctor Who scriptwriters worked out how to keep the show on air after the lead actor was sacked. They decided that the Doctor, an alien, could ‘regenerate’ in a new body. The trick has allowed Doctor Who to stay on TV for decades.

But it doesn’t always work. In the 1980s, the show was struggling, and ’87 saw Sylvester McCoy cast for the role. He was an unpopular choice, seen as too silly to carry the drama. After McCoy the show was taken off air for seven years—the longest period of Dr Who-free TV.

The Conservatives have increasingly used Doctor Who’s regeneration trick to hang on to power. In-office leader replacement allows new Tory PMs to pose as ‘change’ candidates, despite having been in power for years. Liz Truss, almost certain to be crowned PM in September, looks like the worst possible candidate for the British people, with a head full of utterly nasty policies; she could also be the worst possible candidate PM for the Tories: a shallow character, with brittle Thatcherite policies that risk breaking the party. She could, therefore, prove to be the Conservatives’ seventh Doctor—the too-silly unloved leader who breaks the spell.

Truss was first elected in 2010, one of David Cameron’s ‘A-List’ MPs chosen to ‘modernise’ the Tories. Cameron wanted to rejuvenate the party, jettisoning some old-guard reactionary social values and adding phoney ‘concern’ for the poor in order to breathe new life into their core neoliberal politics. Truss was ‘modern’ because she was a relatively young woman who went to a comprehensive school before Oxford—an unsurprising story, which to the Tories seems thrillingly different.

Truss first hit trouble when the Mail attacked her for having an affair with married MP Mark Field. Tory members in South-West Norfolk—nicknamed the ‘Turnip Taliban’—tried to stop her becoming their MP as a result. The anti-Truss campaign was reactionary and sexist, referring to Truss as a ‘Cameron Cutie’ with ‘organic yoghurt’-style ‘metropolitan values’. Nonetheless, Truss is now keen to promote her own set of reactionary values, rejecting social liberalism and grabbing at ‘War on Woke’ themes.

Truss was on the right of the Cameron project. In 2008 she gave up her career in corporate PR to become deputy director of Thatcherite think tank Reform to help her win a prized Tory candidacy. At Reform, Truss began her habit of blurting out, then dropping, wacky Thatcherite schemes. In 2009 she co-wrote a Reform pamphlet, ‘Back to Black’, arguing for cuts so deep they would mean ‘parts of government’ being ‘removed altogether’.

Her pamphlet proposed charges for GP appointments, slashing GPs’ pay by ten percent, and abolishing universal child benefit and pensioners’ winter fuel payment. In the current leadership election Truss’ team has tried suggesting she was only a co-author of the 2009 report, so not behind its harshest elements: but Truss personally promoted the report on the Conservative Home website, where she specifically said the NHS ‘cannot be immune from austerity’ and that NHS cuts should include ‘longer term measures such as charges for appointments’.

Truss co-authored a 2012 book, Britannia Unchained, which, alongside pushing more cuts and privatisations, infamously said: ‘The British are among the worst idlers in the world. We work among the lowest hours, we retire early and our productivity is poor’. Truss again tried to distance herself from these words, implying they were written by one of her co-authors—but this cowardice backfired when a 2019 leaked recording showed her standing by the comments that British workers don’t ‘graft’ like they should.

The Britannia Unchained authors—Truss, Kwasi Kwarteng, Priti Patel, and Dominic Raab—thought Cameron was too soft and wanted more red-blooded neo-Thatcherism. Even Cameron and Osborne’s harsh second-term austerity wasn’t enough for them. Most also backed Brexit as a tool to get more neoliberal policies, although Truss, the more mainstream Tory MP, backed Remain.

Truss talked a good fight, but did less in the ring. As a minister since 2014, with cabinet jobs since 2016, there’s little sign of her putting her radical agenda into practice. The record of her ministerial years include some minor deregulation plans that failed—like trying to increase the number of kids childminders could supervise—some predictable Tory ones—like resuming arms exports to Saudi Arabia—and some loudly promoted but minimal post-Brexit trade.

As Foreign Secretary, she let Johnson do most Ukraine war heavy lifting. Her contribution was a flashy policy that became an embarrassment: Truss said she ‘absolutely’ would ‘support’ British people travelling to Ukraine to fight, which was hastily un-said after pressure from other ministers because Britons caught fighting in Ukraine become bargaining chips for Russia.

Fellow Tories denounce Truss as the publicity-seeking ‘Minister for Instagram’, posting pictures of herself in Thatcher-like poses rather than enacting policies. This is Thatcherism as cosplay, imitating ‘Maggie’s’ image and grabbing Thatcher-sounding policies from the right-wing lucky dip, but dropping them if they cause trouble.

This pattern of blurting out hard-right policies then abandoning them also featured in her current leadership campaign. Truss pushed a half-baked plan borrowed from a juvenile Taxpayer’s Alliance report hoping to cut state expenditure by ‘regional pay’—meaning cutting public sector pay outside London. Once Truss realised slashing nurses’ pay in Newcastle might be politically difficult, she dropped it. Truss idol Thatcher had tried to introduce public sector regional pay in the 1980s but backed off and looked at other ways to cut pay, because she fought strategically, not by slogans.

Reaching into the dressing up box for Thatcher costumes will probably win Tory member votes and make Truss prime minister, but it could be the last Tory roll of the dice. The government must manage a deep financial crisis, as energy and food inflation tear into a social fabric already worn thin by years of austerity and inequality. Truss’ glib appeals—in 2018 declaring the young are ‘Uber-riding, Airbnb-ing, Deliveroo-eating freedom fighters’, when many are trying to scratch a hard living from precarious jobs like Uber and Deliveroo—likely won’t cut it.

Tory members, still sore at losing their leader, hope Truss will be ‘continuity Boris’. But Boris Johnson was an unprincipled opportunist. This gave him a flexibility to use Brexit as a signifier for everything and nothing, and a willingness to throw out money and promises of money to new constituencies. Until the trick wore out, it worked well. Truss, both rigid and cowardly, lacks his flexibility.

It’s a high-stakes game, Truss randomly grabbing policies from the bottom of the right-wing barrel. They might stick, and we all suffer—or be quickly dropped if they backfire, bringing a Labour victory closer.

There are three provisos here. First, Truss will, like all Tory leaders, play on Easy Mode, because the media will try and polish even the worst Conservative leader come election time. Second, she will have the powers of government and use these to stay in government: despite denouncing ‘handouts’, it is certain Truss will offer further economic support over energy prices, and as with Johnson’s Covid response even inadequate action can win over some voters. Third, Truss will likely be pictured as both a ‘conviction’ and a ‘practical’ politician. Starmer’s policy-lite stance will allow him to be pictured as lacking conviction and ‘playing politics’. There are plenty of reasons to think Truss might fail—but Starmer’s plan of relying largely on Tory failure instead of demanding real change still risks defeat.