Home / News / Behind the Childcare Crisis 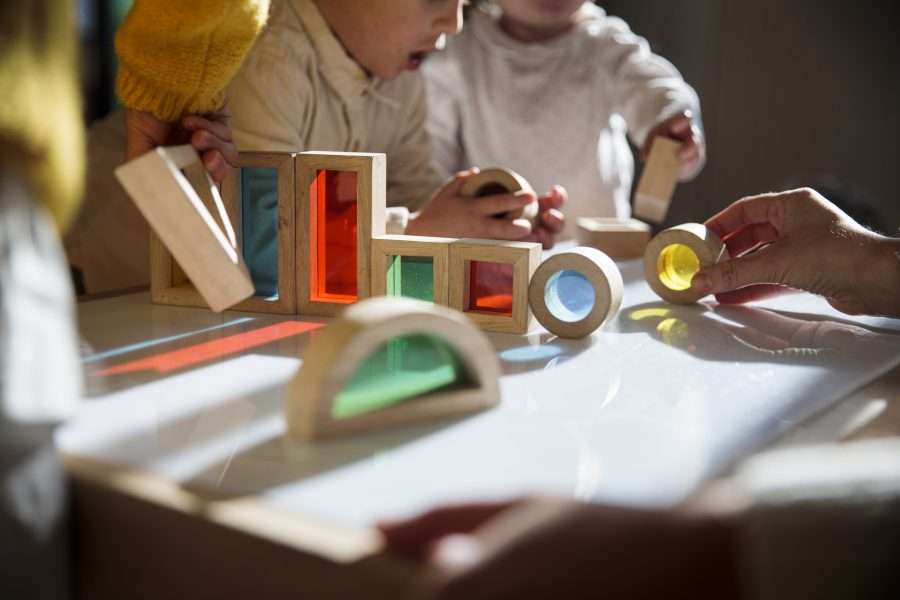 Childcare is in crisis as parents grapple with unaffordable costs and underpaid and overworked nursery staff reach breaking point. It’s time for serious change – with childcare funded properly and treated as a public good.

All too often, parents are forced to cut hours or leave work entirely to manage care instead. (Lourdes Balduque / Getty Images)

‘It all came as a bit of a shock,’ says Orest. ‘For a lot of parents, these nurseries are a lifeline.’

Earlier this month, it was announced Orest’s child’s nursery, the Uxbridge Early Years nursery in Hillingdon, would be shutting its doors from 31 December. It’s one of three council-run nurseries for under-fives in the area due to close, the reason given that they were running at a loss despite increasing fees for parents.

Hillingdon is only one example of what’s quickly becoming a nationwide problem in a fractured sector. Of the 215 council-funded Maintained Nursery Schools left in England, 35 percent of them are facing closure in the next three years, and private providers, often organised in large chains, are faring little better: Welcome Nurseries, the fourth largest nursery group in the country, went into administration earlier this month.

Overall, a March 2022 survey of around 2,000 providers of various kinds by the Early Years Alliance (EYA) found that around a third were currently operating at a loss and even more expected to be doing so in twelve months’ time. This follows a pattern of recent years, exacerbated by the pandemic: according to government figures, although places have stayed broadly stable, the net number of providers decreased by 4,000 in the year to March 2022.

Nursery closures, especially sudden ones, leave parents like Orest—and particularly mothers, who often shoulder more of the responsibility for childcare—in an unmanageable situation. Joeli Brearley, CEO and founder of the Pregnant Then Screwed campaign group, explains that it’s ‘almost impossible’ for parents to find suitable childcare following the closure of their local provider, with 41 percent of parents saying there is at least a six month waiting list for other nurseries—lists that can sometimes run up to two years. All too often, parents are forced to cut hours or leave work entirely to manage care instead.

As in every part of the economy, the cost of living crisis is making things worse. TUC research found that childcare costs had risen by 48 percent between 2008 and 2016, with wages inevitably failing to keep up; newer findings show that one in three parents with pre-school-aged kids are now spending more than a third of their pay packet on childcare. Bills, meanwhile, are skyrocketing, and wages falling at their fastest rate on record.

Nursery closures come down to two interrelated factors: unaffordable overhead costs—which are growing worse with the costs of food and energy—and the sector’s worst staffing crisis in twenty years. Another EYA survey from December 2021 found that 84 percent of providers were finding it difficult to recruit staff, and 16 percent believed staffing shortages were likely to force their setting to close permanently within the year. And speaking to workers about conditions in nurseries, it’s little surprise.

Charlotte, a level three early years room leader in a nursery in Merseyside, tells Tribune her workplace is ‘horrendously’ understaffed. On a busy day, she says, one of the rooms has three staff members expected to take care of eleven children under the age of two, when the ratio is supposed to be 1:3. The staffing crisis is also self-perpetuating: workers in short-staffed settings are expected to do even more while the level of care for the children ‘isn’t the same as it normally would be.’

Growing demands on staff—a workforce that’s 98 percent women—only exacerbates standing problems with pay. Workers like Charlotte earn a rate she says is ‘shocking’ for what’s expected of them. ‘We’ve not only got to look after the children and make sure they’re safe and looked after, but we’ve got to plan, conduct observations, clean the room, put up displays, deal with parents, work with SEN children when we’re not all qualified,’ she says. ‘It’s a lot of work.’

The government careers site puts the average for workers like Charlotte between £14,000 and £24,000, but research from the Social Mobility Commission two years ago found that one in eight earns less than £5 an hour. The March EYA survey found that 73 percent of respondents had not received a pay rise in the last two years, while one in 20 of those surveyed had used a food bank in the same time period. 31 percent were overdrawn in their personal bank account.

One government proposal to deal with the problems facing childcare is the relaxation of the ratio of staff to children at the discretion of each provider—something Charlotte says would make things ‘even harder’ for already overstretched workers. The EYA and Pregnant Then Screwed campaigners vehemently oppose the proposed policy change, arguing that it will lower the quality of early years education while exacerbating the staffing crisis by pushing staff even closer to breaking point: 70 percent of early years professionals, according to the EYA, would be ‘somewhat’ or ‘very likely’ to leave their setting if the policy was put in place there. The same research additionally found that relaxing ratios wouldn’t lower costs for parents.

Instead, Neil Leitch, CEO of the Early Years Alliance, told Tribune that the staffing crisis is a ‘direct result of government policy’ and ‘years of underfunding’, as are closures due to unaffordable operating costs. Parents of children aged three and four get fifteen or thirty hours’ free childcare for 38 weeks of the year, and some parents of two-year-olds can also get free hours—but the EYA survey from March reported that for 86 percent of providers, the funding they receive from government doesn’t cover the cost of the places. The funding situation is worse for nurseries in the most deprived areas: as the National Day Nurseries Association pointed out in September, nurseries with a higher quantity of children supported by the government are worse affected by the gap between funding and delivery costs.

Proper funding, then, is the most vital intervention needed. And as Laura Smith has argued in Tribune, the question of profit, which drives risk and instability in the sector, should come out of the equation: ‘the most rational way of providing essential social goods—like childcare—is not through the market or on a for-profit basis, but through public services.’ Finland’s successes provide a counter example here to our own crisis-ridden situation: public childcare for all is a key cornerstone of the country’s welfare state.

In the wake of the pandemic, which highlighted care’s multiple crises, the calls for change and support coming across the board make it clear this status quo hurts everyone: parents, workers, and children. And as pay forces more workers out of the sector, bills pull childcare further out of affordability, and costs shut more doors, the problem of parents being forced to cut hours or take unpaid leave to juggle work and care will only grow worse, compounding standing inequalities. Politicians in this country failing children is nothing new—but it’s a spiral that can and must be stopped.