Home / News / Impartiality for the Elite 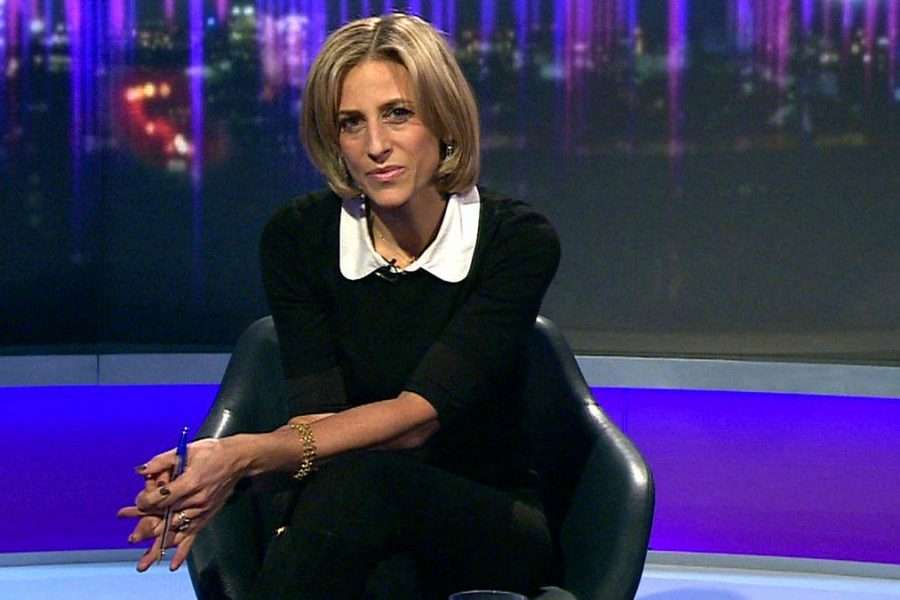 Emily Maitlis’ comments about Tory Party influence at the BBC are obviously right. But they’re also only part of the picture – which is why those who have made them before have been dismissed as conspiracy theorists.

The controversy at the centre of Maitlis’ recent speech concerns the BBC management’s response to a broadcast in May 2020. (BBC)

Former BBC presenter Emily Maitlis has caused something of a stir in the British media world. Delivering this year’s MacTaggart Memorial Lecture, the prestigious centre piece of annual Edinburgh International Television Festival, she very publicly called into question the political impartiality of the BBC.

Maitlis only recently left the BBC with her colleague Jon Sopel to front a commercial podcast launching next week, and until her departure was one of the Corporation’s best known and highest paid journalists. The controversy at the centre of her speech concerns the BBC management’s response to a broadcast in May 2020, shortly after the first and most intensive Covid lockdown. As presenter of Newsnight, Maitlis delivered an unusually forthright introduction to the show in which she criticised breaches of Covid rules by then Downing Street advisor Dominic Cummings.

The broadcast opened as follows: ‘Tonight, the public can see that Dominic Cummings broke the rules, so why is the government tying itself in knots to defend him?’ Maitlis continued: ‘Dominic Cummings broke the rules. The country can see that and it’s shocked the government cannot. The longer ministers and the PM tell us he worked within them, the more angry the response to the scandal is likely to be.’

The broadcast led to complaints from Downing Street, which, as Maitlis noted in her lecture, is anything but unusual, particularly in moments of political crisis for a government. What was unusual, she says, was the BBC’s response. ‘Within hours,’ she recalled, ‘a very public apology was made, the programme was accused of a failure of impartiality, the recording disappeared from iPlayer, and there were paparazzi outside my front door.’ The next evening she was replaced as host of Newsight.

While the official apology came quickly, it was several months before the broadcast was considered by the BBC’s Executive Complaints Unit. It determined that the ‘definitive and at times critical nature of the language’ used ‘risked giving the perception that the BBC was taking sides and voicing an opinion on a controversial matter’. The ECU declined to comment on how the issue was originally handled by the BBC management, stating that this did not fall within its remit. Its ruling was subsequently upheld by the media regulator, Ofcom, which stated that the ‘opening remarks had the potential to be perceived by some viewers as an expression of her personal view on a matter of major political controversy’.

For all that I am sympathetic with the broadcast, which was hardly inaccurate—Cummings quite clearly broke the rules, and Johnson protected him—I tend to agree with the ECU’s assessment. At the time I was surprised not only at the tone of the broadcast, but also at the wording, which Maitlis recalls was carefully crafted, but which was both unusually definitive in its judgment, as well as rather speculative in places, leaving Newsnight vulnerable. In a sense, though, this is irrelevant. What Maitlis takes issue with is not the eventual editorial rulings, but the very rapid managerial response, which she correctly notes violated ‘due process’ and calls into question the BBC’s political independence.

Was this an example of impartiality rules being construed in such a way as to protect the powerful from journalistic criticism? It plainly was, and moreover I think this view is perfectly compatible with a critical perspective on both the original broadcast and, more importantly, the theory and practice of impartiality at the BBC more generally.

In the context of a planned radical overhaul of the British media system, and a new prime minister who will be keen to show her mettle in the ‘culture war’, there will soon be considerable debate around the practice and future of impartiality at the BBC. There are those who argue that the impartiality rules are outdated, and unsuitable for a twenty-first-century media system. In the abstract, at least, there is a case here. The argument is straightforward. While traditional broadcasting is a ‘natural monopoly’ in which only a limited amount of programming can be aired, digital technology can offer almost limitless content, and therefore cater to a great diversity of perspectives. This means that the obligation for non-partisanship and political balance so central to the regulation of broadcasting technology is no longer necessary.

The problem with this argument is that it assumes that markets are basically egalitarian, which is a nice idea, but completely at odds with reality. Capitalist media markets don’t deliver what people want in any straightforward sense. Rather they deliver what is most commercially viable and competitive, and this means they tend towards serving affluent audiences and/or towards oligarchic ownership and control. This is why we need public media in the first place, and to dispense with the principle of impartiality, we would first need to radically restructure public media systems in a way that guarantees not only total independence from governments, but adequate forms of democratic representation, participation, and accountability, as we at the Media Reform Coalition, and reform campaigners like Dan Hind, have long argued. Without this, abolishing impartiality requirements at an organisation like the BBC, with its close relationship with the state and the broader establishment, would likely lead to a further entrenchment of elite opinion, not more political pluralism.

This leads us on to the question of the relationship between impartiality and social power. This isn’t straightforward, because there is no doubt that the principle of impartiality can often mute critical perspectives, as happened in the case of Newsnight. More than that, it far too often leads to accurate claims, and scientific and statistical evidence, being ‘balanced’ with spurious counter-claims. This is why, in my view, accuracy is a much more important principle than impartiality in any media system, and generally serves as a better guarantor of journalistic autonomy and integrity. Impartiality, meanwhile, is a rather vague concept, and its meaning is inevitably determined by the political context in which it is exercised and assessed. As I have long argued, the culture and structure of the BBC means that in practice it is never realised in any meaningful sense, and it also seems very likely that the Tory government will continue to pressurise the BBC over its coverage, claiming it is doing so to ensure impartiality is maintained.

Nevertheless, there are still some circumstances in which the concept of impartiality can serve to protect journalists from political pressure, and to ensure a greater—albeit still highly circumscribed—diversity of viewpoints. What impartiality has in practice ensured is that a range of elite opinion is represented. This means that while the BBC has remains impervious or hostile to political perspectives outside of the Westminster consensus, at the same time, it has usually offered enough elite pluralism to serve as a counterweight to oligarchic press power and the political domination of the Conservative Party. The criticisms levelled at the BBC by Maitlis needs to be placed in this context, and in my view are best understood as an expression of a conflict between the liberal and conservative wings of the British Establishment (note, hence, the particular focus on Brexit in Maitlis’s speech), a conflict in which the latter are proving more and more antagonistic.

The Conservatives and the conservative press have spent the last few years relentlessly attacking the BBC—just as they have the universities—for a supposed liberal bias, and at the same time have been completely unscrupulous in appointing political allies to head public bodies. This was at the eye-catching detail in Maitlis’s lecture: the claim that the government-appointed BBC director Robbie Gibb has been an ‘active Tory party agent’. But of course he has, and everybody paying attention already knew this. Last year the Financial Times reported that Gibb had attempted to block the appointment of Jess Brammar as head of BBC news channel’s on the basis that it would undermine the government’s trust in the BBC, leading the BBC chair, himself a major Conservative Party donor, to publicly defend the process.

The broader point that Maitlis’s criticisms illustrate, that the government’s powers of appointments undermine the BBC’s journalistic independence, is a perfectly obvious and sound one. Moreover, it is just one mechanism among many which undermines the BBC’s capacity to deliver on its promise of impartiality. Yet those who have previously pointed to this and more generally to the serious problems with the BBC’s political reporting been dismissed as conspiracy theorists, including by Maitlis herself (claims I have dealt with elsewhere). Maitlis doesn’t in fact offer any new evidence of editorial interference at the BBC, but she has in her comments lent some elite legitimacy to an increasingly commonplace view of the BBC—one which remains rare among the extraordinarily insular media class of which she is a member. This very insularity, in both wings of the political Establishment, is in no small part to blame for us having arrived at a point at which even very limited forms of liberal freedoms are under threat. The solutions must come from elsewhere.