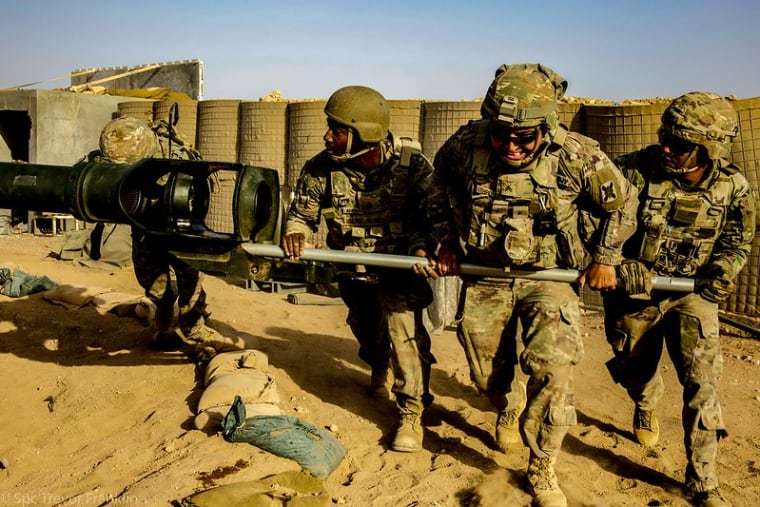 US forces in Syria have launched bombing raids in Syria for two days running, aimed at its rival Iran.

The first attack on Tuesday, ordered by president Joe Biden, came even amid attempts to revive a so-called peace deal between the US and Iran. It also followed criticism by Russia of the US’s key ally Israel for also bombing Syria.

It underlines how—even as the US’s focus turns towards Russia and China—it still fuels war in Syria to assert its own power in the Middle East.

The US sent some 2,000 soldiers to Syria in 2015, supposedly to fight the Islamist group Isis, despite then-president Barak Obama’s promise there would be no “boots on the ground.”

Yet even after Isis’s defeat the US still keeps some forces in the north east of the country—and says it won’t withdraw. It states explicitly that this is to counter the presence of its rival Iran, which used the civil war in Syria to extend its own military power across the region.

The US bragged on Tuesday that its bombing raids had targeted militias associated with Iran—though Iran claims there is no link. A US statement said the bombing was to “protect” its forces from rocket attacks by Iran-linked groups.

Then, on Wednesday, the US said Iranian-backed fighters launched rocket attacks on two of its bases that evening. It said it responded with a helicopter attack that killed at least three people.

The fighting is the latest illustration of how imperial competition has helped to tear Syria apart.

Syrian dictator Bashar al-Assad plunged the country into civil war with a military offensive against a democratic revolution in 2011. His counter-revolution militarised the uprising—and created a space for competing rival and global powers to interfere by backing various armed groups.

Now Syria is fractured into regions controlled either by the regime—backed by Russia—or armed groups backed by competing powers such as the US, Iran and Turkey. Each wants to use Syria to gain a foothold in the Middle East while limiting their rivals’ ability to do the same.

It’s a precarious situation that could easily escalate into more widespread fighting—as the US’s assaults this week show.

And, in another warning, Russia this week criticised the US’s key ally, Israel, for its bombing raids on Syria.

For years, Israel has launched hundreds of airstrikes in Syria, also against Iranian-backed forces.

Russia, which also has forces in Syria to back the regime, previously turned a blind eye to this, with Israel informing it of raids before they happened. The understanding was that this would avoid direct confrontation between the two.

But this week Russian foreign minister Sergey Lavrov said he “strongly condemned the dangerous practice of Israeli strikes on Syrian territory.” It comes after Israel sided with the West over the war in Ukraine.

Imperial rivalries, both regional and global, have the potential to spill out across the world—and cause misery for ordinary people.