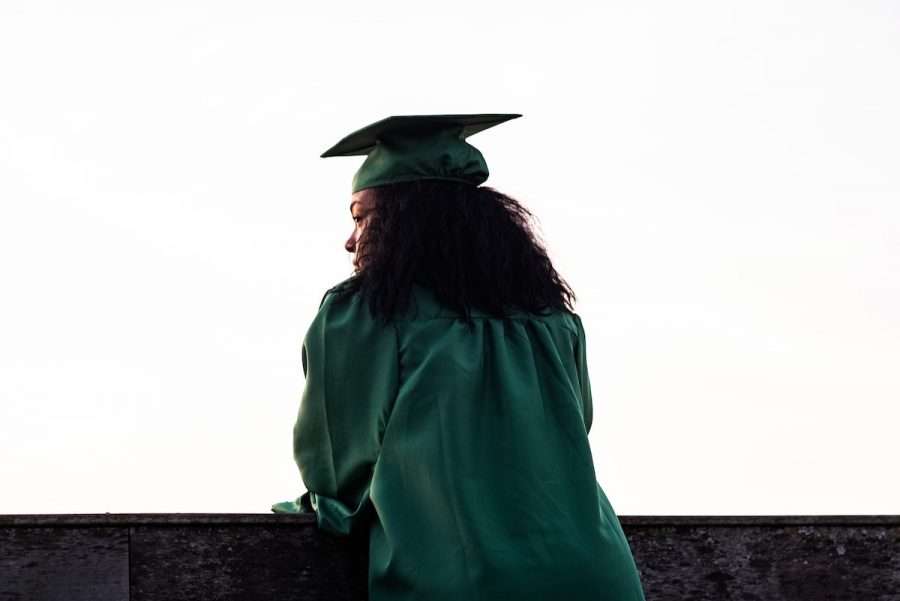 Critics like to paint a picture of debtors as overeducated elites demanding a handout while idly snacking on $15 avocado toasts. But I’ve worked hard and lived modestly, and my debt is still haunting me — even after the White House’s partial cancellation.

“I don’t know if I can marry you — not without a prenup.”

That’s what my ex-girlfriend told me after I proposed to her five years ago. The reason? She didn’t want to touch my $80,000 in outstanding student loans with a ten-foot pole. My massive debt had hung over my life like the sword of Damocles, and this was the moment it pierced my heart.

Am I being melodramatic? Perhaps, but the cold truth is that my college debt has played an outsize role in the precarious nature of my adult life.

I used to say that if I had a time machine, I’d set the dial to 1996 and dole out some unsolicited advice to my seventeen-year-old self: “Hey, maybe harassing customers for late fees at Blockbuster for $4.50 an hour isn’t so bad after all.” That’s the year I made what then seemed like a rational life choice, the one my parents, peers, and pop culture all said was the only viable path to reasonable success in America: I went to college.

Higher education seemed exciting at the time. Neither of my working-class parents earned a four-year degree, and I had the chance to be the first in my family to get one. But scholarships were nonexistent and my parents couldn’t afford to help out with tuition, so I took out several government loans to make ends meet. No problem, I was told. Those grants were merely a down payment on my rosy future, and I’d pay them off after getting a steady middle-class job.

That, as it turns out, was a five-Pinocchios-level lie. In the two decades since graduating from the University of Missouri, my loan balance has increased from around $60,000 to $80,000 — despite paying back $20,000. How did I get caught running forever in a hamster wheel of debt?

I confess that I got scammed by a shady loan consolidation company that promised to lower my monthly payments. I was twenty-two, working as a substitute teacher for $50 a day, and they took advantage of my desperation and ended up adding thousands in extra interest to my balance.

But the greater scam was an American economy that opted to pay millions of people — myself included — less than living wages. I’ve worn many hats in my career: I’ve been a journalist in four different states, done tedious $10-an-hour temp work at the accounts receivable department of a consulting firm, and staffed the front desk of a drug rehab halfway house where I searched clothes for contraband. For a brief time, I toiled in a place I considered just a step below the Death Star in terms of evil: the collections department of the corporate headquarters of a payday loan company. I’ve also collected binders for the US Census, tested video games in the bowels of Activision, and sweated my ass off during overnight shifts moving boxes full of books in a textbook factory.

What those jobs have in common is that they paid me somewhere between $15,000 and $35,000 annually, which in cities like Los Angeles and Chicago meant living mostly paycheck to paycheck while unsuccessfully trying to make a dent in my student loans.

Naysayers like to paint a picture of debtors as overeducated elites demanding a handout while snacking on $15 avocado toasts in first class on a trip to Europe. But I’ve lived relatively modestly. I haven’t owned a car since 2005, and rented cramped apartments with roommates into my early forties. For three years, I moonlighted as an Airbnb host to help pay bills, sometimes renting my place out for $100 a night and then staying in a ramshackle $40-a-night Airbnb to make a few bucks. Once I slept in a twin-size bunk in a stranger’s kitchen that was demarcated by a blanket hanging on a clothesline.

The bad years were pretty bad. I couldn’t afford health insurance for most of my career, including in 2010, when a dime-size gallbladder stone plugged up my digestive system. I desperately tried to avoid a hospital visit because of the cost, so I lay prone in an ice-filled bathtub for three hours to try to numb the pain and hoped the stone would pass naturally. It didn’t, and the pain grew so great — like a tiny dagger repeatedly stabbed in my side — that I buckled and went to the ER.

I got lucky. In that window of time, I’d developed pancreatitis and probably would have died an inglorious death had I waited much longer. As it was, there was a brief scare; my skin turned a sickly yellow, and the doctors had to revive me during my second day in the hospital because I’d passed out from going into neurogenic shock (I awoke to uncontrollable spasms until doctors could stabilize me).

My body survived, but my finances didn’t. Because I was too feeble to work for two weeks, I couldn’t pay rent and had to temporarily move into my brother’s basement. I got back to writing regularly for the Chicago Tribune for $45 to $75 per freelance column, and took up odd jobs to save money to afford to live on my own again.

Not all of my untreated health problems were so dramatic as severe pancreatitis, yet they took their toll regardless. The scoliosis that curved my spine since birth has led to more spine and back issues as I’ve aged and reverberated downward in the form of arthritis in my knee and hip. Worse, I’ve had undiagnosed sleep problems that led to chronic fatigue and robbed me of memory and cognitive health. I stutter more than I used to, and it sometimes takes me a second to speak in conversation because I find myself searching for words, trying to pierce the fog of my thoughts. Amid these problems, depression quietly settled in, and during a particularly low point in my life, in 2018, I attempted to commit suicide.

In a bitterly ironic twist, I made some of the best money of my career by not working. Early in the COVID pandemic, I lost work as a housing reporter, and so qualified for the Pandemic Unemployment Assistance benefit that paid $800 a week in total. Finally, I was making enough money to shave off more of my student loan debt.

None of this is to say my struggles make me unique or interesting. What they make me is American: one of the 6 million people who owe at least $50,000 in student debt. Now that President Joe Biden has forgiven $10,000 of my loans, I’m down to just under $71,000. Perhaps by the time I die, I can shave that number down to $62,000, the average debt Americans go to the grave with.

A boy can dream, at least.