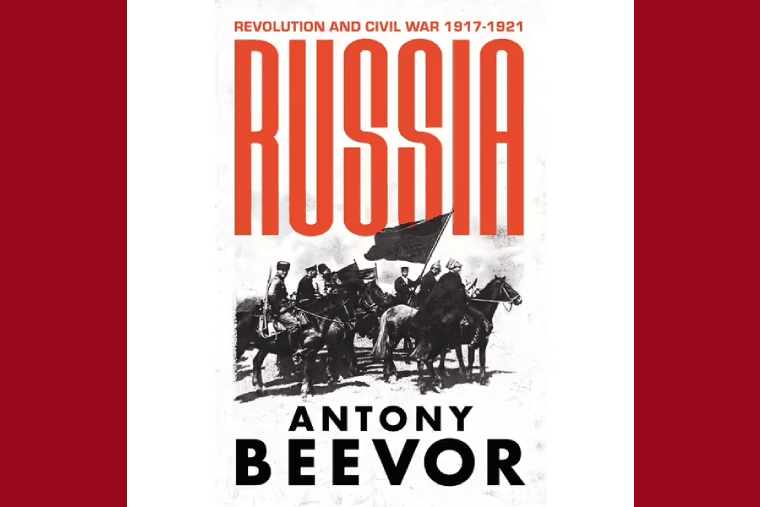 This book is the latest in a line of single-volume accounts of the Russian revolution and subsequent civil war by an author whose works include Stalingrad, and Berlin: The Downfall 1945, among other popular histories. Running to over 500 pages, it’s still questionable whether this is sufficient to explain four years of one of the most, if not the most, tumultuous period in 20th-century history. In brief, the answer is no.

To arrive at a genuine understanding of why the February and October revolutions took place, it is necessary to chart the preceding two decades. Successive attempts were made to reform one of the most autocratic and repressive regimes that stretched from Europe to the far reaches of Siberia in the east. All of these were frustrated by the machinations of the bureaucratic state, and many drowned in the blood of protesters mown down in the streets by the Tsarist police and military.

Beevor briefly acknowledges the hardship and degradation imposed upon Russian workers and peasantry by the Tsarist regime. The situation was made much worse by the war, and by the ruthlessness and incompetence of the political and military leadership.

He then launches into the events of 1917. And while expressing criticism of Alexnder Kerensky and the provisional government, Beevor wastes little time before targeting the Bolsheviks—and Vladimir Lenin in particular—as the source of all the ills to beset the country in the years to come.

Claiming that, “Lenin despised notions of false modesty and clearly believed himself infallible”, the author proceeds to lay out in Machiavellian terms the true motives of the Bolsheviks. Beevor accuses them of using the soviets as camouflage for their bid for total control of the state, “as if they were to be independent bodies and not merely the puppets of the Bolshevik leadership”.

The significance of Kerensky’s pact with the counter-revolutionary General Kornilov to drown the revolution in blood is minimised, with Beevor declaring that “Kornilov was not trying to overthrow the government”.

Along with a long line of mainstream historians, the author depicts the overthrow of the provisional government as a Bolshevik coup, rather than what it actually was—a revolutionary insurrection. But he allows that Lenin does have a point when he states that “the revolutionary proletariat is incomparably stronger in the extra-parliamentary than in the parliamentary struggle, as far as influencing the masses and drawing them into the struggle is concerned”.

Thus, for the proletariat—and many peasants—the All-Russian Congress of Soviets was regarded as their government, especially as it sanctioned the concluding of peace talks that took Russia out of the war. When the constituent assembly was convened—as the parliamentary rival to the soviet—its refusal to acknowledge the pre-eminence of the congress, and its commitment to the resumption of Russia’s involvement in the war, resulted in it being dissolved by the Bolshevik-led soviet. The author condemns this as “the infanticide of democracy”.

From there it is a short step for Beevor to depict the Bolsheviks as cynically using the Cheka—an organisation created to combat counter-revolution—to conduct a reign of terror, the means by which they consolidated a one-party dictatorship.

In fact, allied agents—including British representative Robert Lockhart—conspired with the Whites, the Socialist Revolutionaries (in particular SR terrorist and ex-minister Boris Savinkov), and other right-wing elements, to sabotage the fledgling soviet government in an attempt to recommit Russia to the war.

Beevor dismisses this, and as Russia spirals into civil war, he concludes this section with the rhetorical question: “Yet where did the extremes of sadism come from—the hacking with sabres, the cutting with knives, the boiling and burning, the scalping alive, the nailing of epaulettes to shoulders, the gouging of eyes, the soaking of victims in winter to freeze them to death, castration, evisceration, amputation?”

The reader is left with the indelible impression that the Bolsheviks were responsible for the war crimes and atrocities committed during the civil war. This is a travesty of the truth.

Beevor plunges into the detail of the civil war—probably one of the most savage conflicts in human history to that date. As the White forces sought to re-establish autocratic rule, they subordinated or eliminated even any of the alternative governments formed by the non-Bolshevik socialist parties, most notably the Komuch government in Samara.

Predictably, this does not prevent Beevor from returning to his theme of identifying the Bolsheviks as the main agency of the terror, writing that “when it came to the Nazi invasion of the Soviet Union two decades later, Himmler’s SS and Gestapo appear to have learned a great deal from the methods of the Cheka”.

Accolades have been showered on Beevor by the Financial Times, The Times and The Spectator, the latter headlining its review as “The unbearable brutality of the Bolsheviks”. This is a perfect illustration of what the author sought to achieve—the demonisation of the Bolsheviks.  He blames them for Russia’s descent into civil war and impoverishment and concludes that the degeneration of the revolution inevitably led to Stalinist dictatorship.

Those looking to understand the origins of the Russian revolution and civil war should look elsewhere.