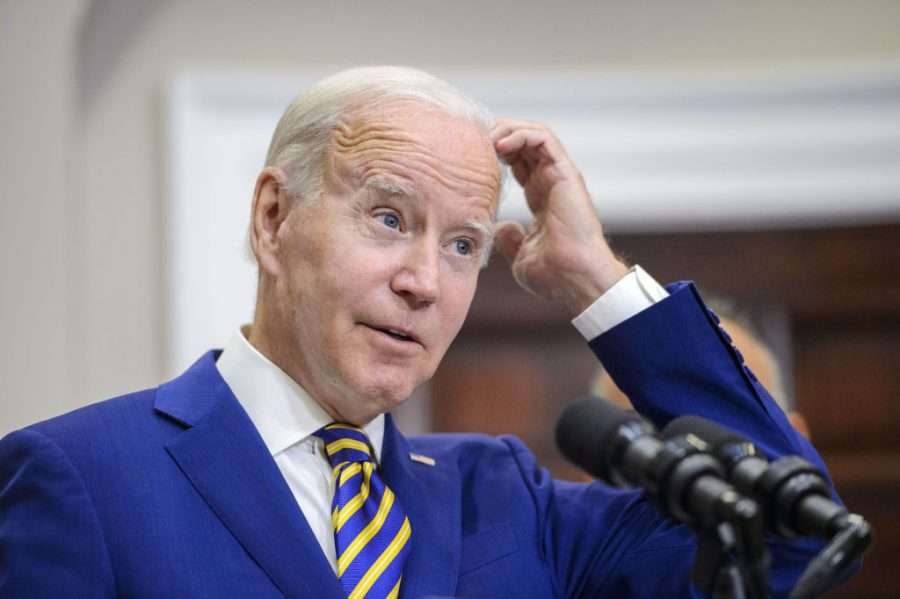 Student debt forgiveness is about to become official US policy by a stroke of Joe Biden’s pen. It’s a good time to remember that, just a few years ago, the idea was denounced as hopelessly utopian, a left-wing pipe dream — and that was the liberals talking.

It wasn’t too long ago that a host of broadly popular policies were routinely written off as silly, laughable, impossible, obviously ludicrous — all because they fell outside the tiny circle of acceptable debate in the US establishment, and because they happened to come from the Left. Take student debt cancellation — a needlessly conservative version of which was just enacted by President Joe Biden by executive order.

After Biden made the announcement to much fanfare, an extract of a 2016 clip from John Oliver’s HBO show, Last Week Tonight, circulated online, reminding us all how quickly ideas can change from pie-in-the-sky lunacy to political reality. Oliver and his show can be funny and even informative, but in 2016, he was still afflicted by the unfortunate tic of that era’s liberal intellectuals to resort to knee-jerk dismissal of anything that had a whiff of radicalism.

Scrutinizing that year’s third-party candidates, Oliver took Green Party nominee Jill Stein to task for her student debt cancellation proposal, since it was central to her pitch to voters. Remember that, at this point in time, the idea of canceling student debt was less than even a political nonstarter: even Bernie Sanders didn’t run on it. (He proposed to make colleges tuition-free for two years and let student debtors refinance their loans at more favorable interest rates.) Stein’s idea was a lonely and genuinely radical one, though that’s not saying much in the scope of pre-2016 political discourse.

After playing clips of Stein calling for “bailing out a generation of young people like we bailed out the bankers on Wall Street” and pointing to the “magic trick” of quantitative easing (QE) that was used to prop up the nation’s white-collar criminals, Oliver tore into her.

“Using [QE] the way that she’s describing amounts to a president unilaterally passing a new law, and funding it by printing new money. The dangers of that should be pretty obvious,” he concluded. “It’s basically akin to saying, ‘I’ll make us energy independent by ordering the post office to invade Canada.’”

Let’s give the segment its due and acknowledge Oliver is correct on one point: Stein wasn’t making sense when she said in a Reddit AMA that the US president “has the authority to cancel student debt using quantitative easing.” As he rightly pointed out, by law and custom, the Federal Reserve, through which this plan would be carried out, “does not take marching orders from the White House.”

But this is all you can give the segment credit for. First off, while it’s true the president can’t legally order the Federal Reserve around, most people who heard what Oliver said probably got the erroneous impression that the US central bank is entirely insulated from all outside political pressure — which is just not true. Presidents since at least as far back as Harry Truman have publicly and privately cajoled the Fed into doing what they want, most famously when Richard Nixon bullied it into easing monetary policy in time for his reelection, and most recently when Trump aggressively and very publicly tried to push it into lowering interest rates.

In other words, with the necessary political will, and careful use of the president’s appointment power and bully pulpit, it’s not out of the question that a White House could nudge the Fed into buying up a pile of student debt.

Whatever the potential drawbacks of making the Federal Reserve more democratically accountable, would this really be more dangerous than the status quo, where multiple Fed chairmen have deliberately engineered recessions as a way to weaken worker power? The current chair, Jerome Powell, has openly said his interest rate hikes are going to risk another recession while doing nothing about the main drivers of inflation, but he’s plowing ahead anyway, and warning that Americans will have to deal with “some pain” (meaning less jobs, and the resulting hunger, poverty, and homelessness).

But this is all beside the point, both because (as we’ve now seen) presidents can use other tools to unilaterally wipe out student debt and because Stein’s mistake is dwarfed by Oliver’s, who says that “quantitative easing does not apply here.” As experts even at the time argued, there’s nothing stopping the Fed from buying up the hundreds of billions of dollars of debt held in the private sector, or from canceling the debt once on the Fed’s balance sheet. The idea that this is implausible looks especially absurd now, in the wake of the pandemic bailout, which saw the Fed unprecedentedly buy up unheard-of amounts of corporate debt to bail out the private sector.

Last Week Tonight could have used this as an opportunity to do something the show is usually actually pretty good at: broaden its liberal audience’s political imaginations. It could’ve noted that, sure, Stein made it sound like the president’s office has way more direct authority to use QE than it in fact does, but in reality, it’s true the Fed was entirely capable of what Stein said it should do — and more to the point, what the US public should demand it do. But because the point of the segment was to mock that year’s third-party candidates — and to be fair, there was plenty of legitimate material — this perfectly reasonable policy idea was sacrificed.

But the point here isn’t to relitigate a now six-year-old HBO episode. It’s to note how, over this relatively brief period, student debt cancellation went from such a marginal idea that not even the furthest-left major-party candidate would campaign on it to a popular policy enacted by one of the Democratic Party’s most historically conservative figureheads — a man with a history of advocating that the government slash Social Security in the name of fiscal belt-tightening. Same goes for the idea that the US government can simply create money out of thin air to bail out debtors, which went from an on-its-face fantastical, absurd, even dangerous proposal, when this segment came out, to what is now more or less widely understood to be a fact of the US political economy, albeit one reserved only for the wealthy.

We’ve come a long way from the era where the automatic reflex of liberal and other tastemakers was to dismiss any idea coming from the Left. The current vice president was a Senate cosponsor of Medicare for All. A lifelong deficit hawk signed into law one of the largest economic stimuli in US history. The most gauche embodiment of ruthless, predatory capitalism barred most landlords from evicting tenants who couldn’t pay their rent. Price controls, not too long ago rarely discussed, and only then brought up to be dismissed, are suddenly having a mini-renaissance.

This is how ideas wind their way around to becoming political reality: first from radicals putting them on the table, drawing dismissal and mockery, until, through tireless campaigning, shifting political conditions, and their adoption by one or more mainstream figureheads, they’re suddenly sensible, reasonable, even commonsense.

The much-vaunted “Overton window” might not work exactly the way that many people think it does, but the range of ideas considered reasonable does shift over time. The mistake some radicals make is in thinking that simply saying extreme things — whether they make any sense or not — will make less extreme versions of the same ideas palatable. That version doesn’t work. But when radicals say things that do make sense, and a large percentage of the public buys in and the balance of political forces eventually makes it possible, those ideas can become reality.

What Jill Stein did in helping to popularize student debt cancellation in 2016 fell into that category — even if some of her comments got important details wrong. The moral case for forgiving student debt is overwhelming. It’s an abject obscenity that we force teenagers to sign on to years or decades of debt peonage just to get an education. And in recent years, we’ve seen again and again that it is indeed possible to “magically” cancel debts or “print money” in the way Stein wanted to do for college graduates weighed down by student loans and Oliver worried President Exotic would do for his tiger orgies. The idea that ordinary people who just wanted to go to college deserved less gained traction.

Years from now, student debt cancellation will be remembered simply as a Biden and Democratic Party policy. The fact that it was first championed by Stein, and that the Left played an important role in forcing Biden to enact it, will likely recede from mainstream memory.

The Left has suffered so many crushing disappointments and defeats these past few years, it’s easy to lose track of how much things have changed. But just imagine what might become common sense tomorrow.