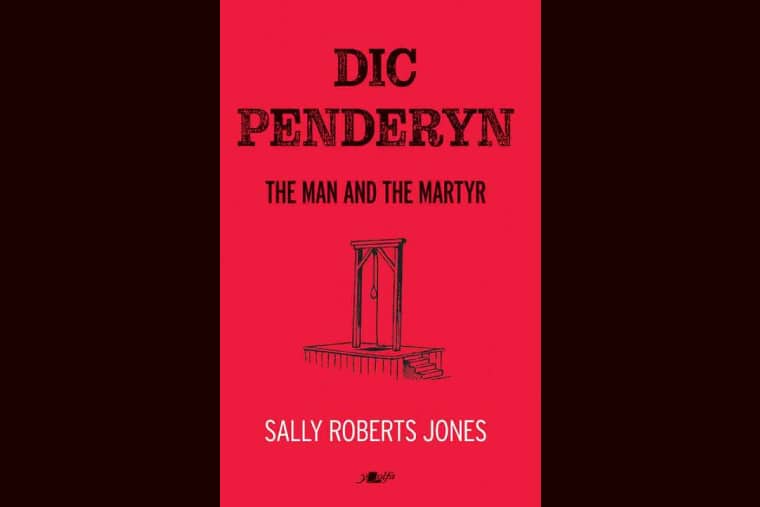 Sally Roberts Jones – Dic Penderyn: The man and the martyr

A historical figure more famous in death than in life, Dic Penderyn was convicted of a crime he did not commit—wounding a soldier during what became known as the Merthyr Uprising of 1831. He was hanged from the gallows in St Mary’s Street, outside Cardiff jail, with his last words reportedly being “Arglwydd, dyma gamwedd” (‘oh lord, here is injustice’).

Penderyn was born as Richard Lewis in Aberafan (Aberavon) in 1808. His family moved to Merthyr Tydfil in 1819 where he and his father worked in the mines. He was known as Dic Penderyn after the name of the cottage in which he was born.

Merthyr Tydfil was at the centre of the Industrial Revolution. The largest town in Wales, it was the home of four huge ironworks. But iron was not the only thing forged in the town. It was the crucible in which the emerging Welsh working class was born.

The town had a tradition of workers fighting back against oppression, and the records of these early class struggles are among the most exciting passages in the book.

“On Saturday, 20 September 1800, workmen from the four ironworks, Penydarren, Dowlais, Cyfarthfa and Plymouth, met and decided to take action to try to lower the price of food. By the following Monday, a mob had gathered and begun to take over the town. They sacked the Penydarren company shop and began to go around the area demanding money, food and drink from the ‘respectable’, better-off residents.

“They also obliged shopkeepers to sign agreements promising to sell basic supplies—flour, butter and cheese—at fixed lower prices. The action had drawn in men from Sirhowy and Beaufort, and had spread down the valley to Caerphilly.”

Like Dic Penderyn later, two leaders of this action were made an example of to deter other would-be rebels.

“At the Assizes [courts] in April 1801 many of those arrested were found not guilty, or given just short periods of imprisonment, but the judge chose to make an example of three of the ironworkers: Aaron Williams, Samuel Hill and James Luke. They were found guilty of assault and theft and sentenced to death. Luke, who was 18 years old, had his sentence commuted to transportation for life [deported to a penal colony] but the other two were hanged.

“In his address to the condemned men, Judge Hardinge added that his heart bled for them, but that their deaths might save other lives, and if they were properly penitent then they might find forgiveness in the world to come—as long as they forgave those who persecuted them.”

By 1831 simmering unrest was brought to the boil in Merthyr. Falling wages and rising prices fed into a charged political atmosphere as people campaigned for parliamentary reform. At this time fewer than 400,000 men had the right to vote in Britain, out of a population of around 16 million.

On 1 May during a demonstration, Penderyn got into a scuffle with James Abbott, a barber and special constable. Abbott’s false testimony would swear away Penderyn’s life.

Another cause of complaint was the hated Court of Request, a small claims court that was used to seize goods from workers who fell into debt. A chain of events began when officials seized a trunk belonging to Lewis Lewis—no relation of Richard Lewis. Soon he and his supporters (“the mob”) claimed back the trunk, inspiring others to also reclaim their goods.

The records of the court were burned and, fearing things were getting out of hand, the ironmasters and town authorities called for troops. They held a crisis meeting in the town’s Castle Hotel. On 3 June workers and the poor held a large demonstration outside the hotel, led by Lewis Lewis. Workers carried red flags—the first time they were to be used on a workers’ demonstration in Britain. The crowd chose 12 workers, including Penderyn, to put their demands to the ironmasters.

After being offered nothing, protesters attempted to disarm soldiers guarding the hotel. In the resulting affray private Donald Black was stabbed in the leg with a bayonet. Then the troops—from the 93rd Argyll and Sutherland Highlanders—began shooting into the crowd. As many as 24 people were said to have been killed.

Lewis Lewis and Penderyn were arrested for the stabbing, despite neither of them being identified by Black as those responsible. Both were sentenced to death, although Lewis Lewis later had his sentence changed to transportation.

The people of Merthyr believed Penderyn to be innocent and raised a petition demanding his release, which was signed by around 11,000 individuals. Despite evidence proving Penderyn was indeed not guilty, home secretary Lord Melbourne refused to reduce the sentence and Penderyn was duly executed. Hundreds lined the route as his coffin was taken from Cardiff to Aberafan where he was buried in St Mary’s churchyard, Port Talbot.

The injustice helped to embitter relations between Welsh workers and the authorities, and strengthened the trade union movement and Chartism in the run-up to the Newport Rising of 1839.

In the book’s final two chapters, Jones chronicles the process by which Penderyn became a working class hero, a folk hero. Through his death he became a symbol for those resisting oppression and injustice.

This is a book I will often return to, and has my highest recommendation.

Sally Roberts Jones – Dic Penderyn: The man and the martyr