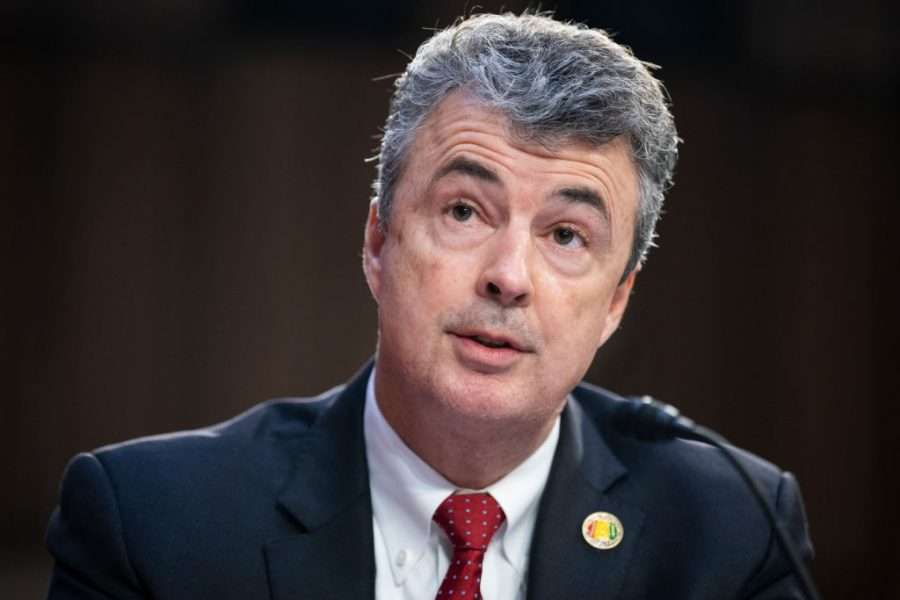 Alabama is rife with corporate abuse: six deaths at an Amazon facility, a grueling coal strike, child labor in auto plants. State attorney general Steve Marshall seems uninterested in weighing in on any of these fights, seeking kudos from Fox News instead.

Go to Alabama incumbent attorney general’s campaign website, and you’ll immediately read the loud proclamation, next to a very serious headshot, that Steve Marshall is “Fighting for Alabama.” Sounds good — working people in Alabama have no shortage of fights on their hands and could always use another ally.

At the Bessemer, Alabama, Amazon facility, at least six workers have died at the warehouse since workers first began their union campaign in 2020, and workers say management has continued to flagrantly violate the law by retaliating against union supporters. Starbucks workers in Scottsboro say they similarly faced illegal retaliation, that two members of the store’s organizing committee were fired because of their union activity. Coal miners in Brookwood have been on strike for a year and a half now. Incredibly, children as young as twelve years old have been found to be working at multiple Hyundai facilities in the state. And there are any number of other fights Alabama workers are facing every day both in and out of the public eye.

Unfortunately, Marshall is not pursuing any of these fights. Instead, he is spending his time chasing right-wing media hits by any means necessary.

He recently promised to prosecute Alabama veterans hospital doctors in response to the Department of Veterans Affairs (VA) announcing that it would offer abortion services to veterans or qualifying dependents in cases of rape, incest, or where the life or health of the individual is threatened. Providing doctors at least this much extra freedom from liability is crucial given the extreme risks forced on pregnant women in states that have implemented abortion restrictions or bans, and federal enclaves are exempt from state law. A Koch–funded right-wing propaganda state outlet reporting on Marshall’s announcement even admitted as much, saying, “It is still unclear what recourse a state AG has in preventing a federal agency from operating in defiance of the laws of that state.”

This isn’t Marshall’s only attempt to restrict women’s bodily autonomy. A mere eighty-two minutes after Roe v. Wade was overturned, he released a press statement saying that his office was immediately filing motions to remove injunctions against Alabama’s abortion ban. He has also said that he would step in to prosecute doctors in areas where the citizens have elected a district attorney that would not. And he has said his office would pursue prosecuting those who support women trying to seek abortions out of state under Alabama’s criminal conspiracy law.

Marshall would say that his stances are rooted in his dedication to protecting children, even in the womb. But he appears uninterested in protecting out-of-the-womb children working in dangerous manufacturing plants.

Reuters reported in July that they had uncovered and confirmed at minimum several children working at a wholly owned Hyundai subsidiary outside of Montgomery, including children as young as twelve. Worker reports allege dozens more children were employed at the facility.

Only a month after the initial story, Reuters again broke news: court documents were made public showing a second Hyundai facility using what the federal Department of Labor this time called “oppressive” child labor, though the news agency couldn’t confirm the specific terms of the children’s employment at either location.

During the time that the story has been public, Alabama’s attorney general hasn’t said one word about the situation.

He knew about this situation long before it was public, though — since at least February, when local law enforcement — which does not have the authority to enforce Alabama’s child labor laws — notified the office. During the five months between his discovery of the situation and when the public learned of it, he took no action to alert the public or pursue charges against the executives responsible. Marshall was content to leave the public in the dark and let the people responsible go unpunished — and presumably to continue exploiting children in facilities that have been fined almost $50,000 by the Occupational Safety and Health Administration (OSHA) for, among other things, amputation and crush hazards for workers.

When I asked his office about his refusal to enforce Alabama’s child labor law and hold bosses who endanger children accountable, their spokesperson said, “It is the long-standing policy of the Alabama Attorney General’s Office not to comment on the possibility of criminal investigations.” That didn’t stop him from promising to criminally investigate doctors at VA hospitals though.

Marshall is also committed to fighting what he calls the “woke mob.” He created a form through which citizens can let the government know if they feel they have been the subject of suppression, censorship, or deplatforming, in line with recent, incessant right-wing complaints about such things. He sent a letter to Google warning that he might use public money to sue the company if it didn’t show crisis pregnancy centers to women who search online for abortion services, saying it would be censorship for Google not to include them.

The latest in his “war on woke” is his tussle with BlackRock, the world’s largest asset manager.

BlackRock is the largest owner of Warrior Met Coal, the company that is responsible for an ongoing strike, the longest in state history. Eighteen months ago, over a thousand coal miners walked off the job to try to reverse the concessions they made in 2015: a $7 per hour pay cut, a 20 percent reduction in employer contributions for health insurance, and allowing the company to implement mandatory overtime and seven-day workweeks.

The workers made these concessions after the CEO drove the company into bankruptcy, leading a consortium of private equity firms — including BlackRock — to buy the company. Despite leading the company off a financial cliff, the CEO, Walter Scheller, kept his job and did not make similar concessions on his own compensation to save the company. In his remarks to the US Senate Budget Committee, the international president of the United Mine Workers of America (UMWA), Cecil Roberts, made it a point to emphasize that no one asks the coal miner for help making financial decisions. Yet, it is the coal miner who pays the price when such decisions go awry.

While they’ve been on strike, workers tell me that Alabama cops have acted as company thugs, ticketing miners for going the speed limit in front of their scab escorts, and standing by as scabs and bosses attack strikers on the picket line. Scabs have increased pollution in a nearby river because their lack of familiarity with the job led to errors that produced spills. With BlackRock being the largest investor in the company, and the strike being such an important issue for so many working Alabamians, what else could be more important for the Alabama attorney general to discuss with BlackRock?

Well, it turns out the letter he recently sent to BlackRock focused on criticizing the firm for stating it would consider social responsibility in investment decisions. The striking coal miners were not mentioned.

While none of these actions have made the lives of working Alabamians better, they have gotten Marshall a couple Fox News hits and an inordinate amount of praise in Alabama’s right-wing media. His name has been on the digital pages of the two main oligarch-funded right-wing outlets and on the lips of shock jocks across the state probably more often than any other statewide official. If Attorney General Marshall is fighting for anyone, it’s them.