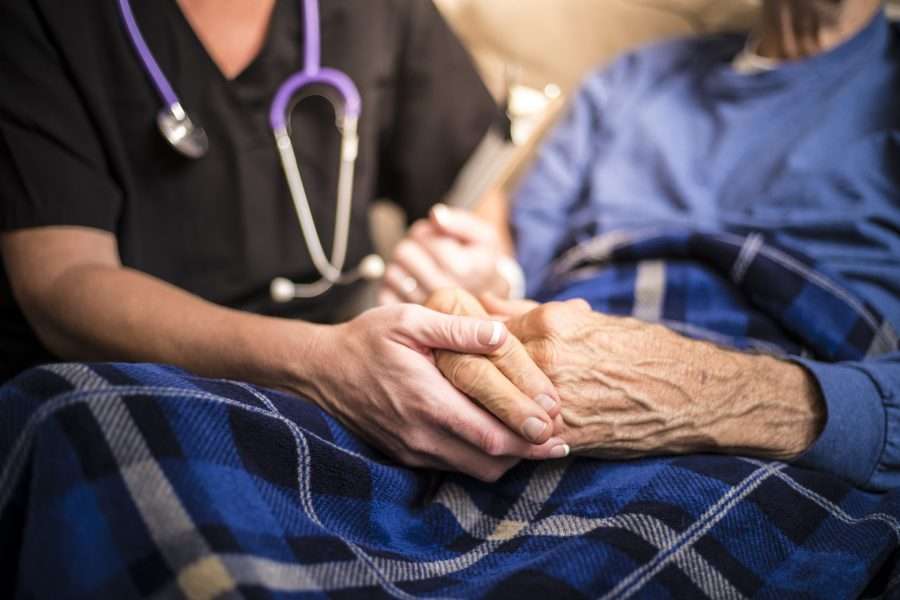 Dementia is the leading cause of death in the UK, and our care sector is in crisis after years of austerity and privatisation. Some say we can’t afford to have a National Care Service, but the truth is that we can’t afford not to.

During the 2019 General Election, I produced and displayed leaked documents, proving that Boris Johnson’s government was in secret talks to give US healthcare companies ‘total market access’ to the NHS in post-Brexit trade deals. To me, and to millions of people across the country, this was a potentially election-defining moment. To Boris Johnson and his many allies in our media, however, it was an example of a ‘Russian disinformation campaign’. Today, US health insurance company Centene Corporation is the largest single provider of NHS primary care in England.

I will never know whether those who discredited my claims—many of whom had obligations of political impartiality—believed their own nonsense. It doesn’t really matter how they choose to comfort themselves. What matters is what those opposed to transformative change were prepared to put on the line: the principle of universal, publicly owned healthcare, free at the point of use. As I saw the exit poll in 2019, I watched the foundations of the NHS disappear before my very eyes.

By December 2019, the NHS was already in a desperate state, reeling from a decade of lethal public sector cuts. Bed occupancy levels were dangerously high. Waiting lists were through the roof. And a fear of an overwhelming winter illness loomed large. After the election, and the Conservative victory, came the reckoning. In January 2020, the World Health Organisation identified a dangerous virus of epidemic proportions, telling member states to prepare for a pandemic by testing its population as soon as symptoms occurred. Boris Johnson’s response was to accuse the WHO of fomenting propaganda and to line up various Tories to call for Britain to withdraw from it altogether.

As the epidemic turned into a pandemic, the government did little to hide its own lack of preparedness. The coalition government had not only decimated public health capacity, but denigrated public health expertise, closing public laboratories and making experienced swathes of public health professionals redundant. In denial about their own role in the erosion of our NHS, the Conservative government panicked, clearing hospitals of ‘elective surgery’ patients and pushing untested elderly people awaiting discharge into newly emptied care homes. Almost 40,000 care-home residents died of Covid-19.

The pandemic exposed the appalling state of our care sector. Between 2012 and 2020, the number of beds in care homes in England declined by 15%. The erosion of our care service, however, goes far beyond attrition-by-austerity. Following decades of internal market ideology from both New Labour and the Conservatives, almost all local authority-run care homes had been closed and outsourced to private providers. Instead of sequestering private assets into public hands in order to meet the needs of the entire population, precious resources continue to be wasted bailing out a private health sector which profits from elective care. Corporations now own and run 84% of beds in care homes in England. Where there is profitability, there is exploitation. 4% of care workers are on zero hours contracts. 40% of the domiciliary care workforce is on zero-hour contracts. The median real-terms pay of a care worker is £8.50 an hour. By the time the pandemic hit, a diminished, overworked and expensive care service was expected to cope with its biggest ever demand.

Vast numbers of unpaid carers—predominantly women—end up filling the gap, sacrificing their careers and income to provide round-the-clock care. Perhaps the greatest burden falls on those caring for loved ones suffering from dementia, which is now the leading cause of death in the UK. By 2025, over 1 million people will be suffering from the disease. 70% of all care home residents—all 490,000 of them—are estimated to have dementia or severe memory problems. Anybody who has seen a family member fade before their very eyes knows just how unforgiving, unrelenting, and unbearable dementia can be.

These costs—physical, emotional, and social—rarely enter the calculation of those complaining that we cannot afford to ensure social care is freely available for all those who need it. The truth is that an inadequate social care service is already costly. It is a cost borne by those who are forced to sacrifice their own mental well-being to fulfil a duty of care that should be shared by us all.

In his Financial Statement on 17 November, Jeremy Hunt—who constantly tells us he knows the NHS inside out—could do something meaningful: announce a National Care Service. At the very least, he should be forced to listen to an opposition bold enough to demand one. An opposition brave enough to wean themselves off an addiction to a failed model of privatisation. An opposition willing to say that social care should be freely available to all those who need it, wherever they need it, whenever they need it.

The British public are being told to choose between two parties competing over the management of a broken sector. The care service does not need managing. It needs transforming. The National Health Service was created in 1948 on the principles of universalism, equality and dignity. These principles are being eroded by greedy and grasping private health and social care sector, emboldened by a political class who want a share in the spoils. Instead of desecrating the principles of the NHS, we must expand them, and guarantee care from cradle to grave. That, to me, is a cause worth fighting for.