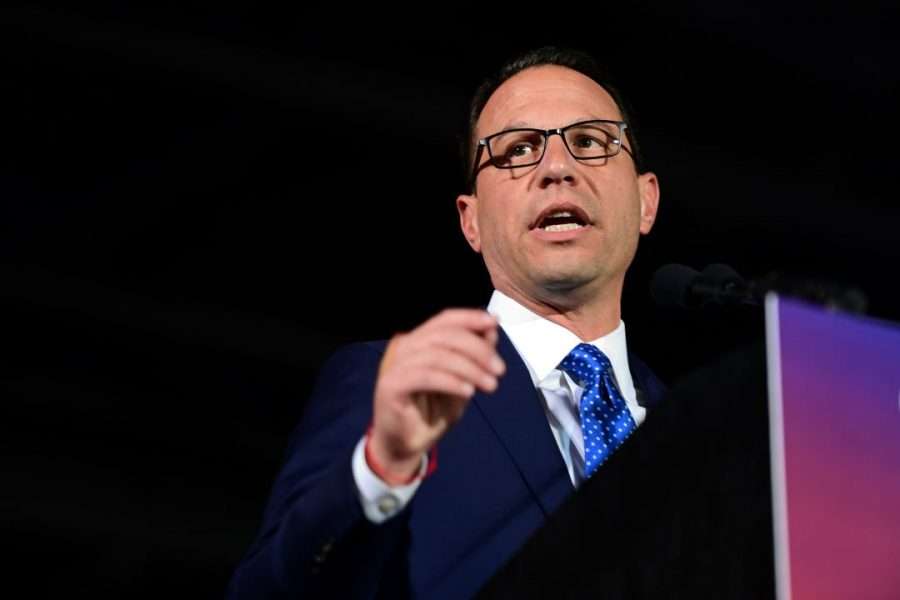 If Democrats performed so well in this week’s midterms because they increased their share of wealthier voters, it’s a bad omen for building a working-class coalition around left-wing politics.

With the votes from Tuesday’s elections still being counted — and with so many questions surrounding the Republicans’ unexpectedly poor showing still lacking definitive answers — Jacobin’s Seth Ackerman decided to check in with Jacobin contributing editor Matt Karp to get his thoughts on what is shaping up to be a highly unusual midterm election. Over the years, Karp, associate professor of history at Princeton, has written extensively for Jacobin about the ongoing class dealignment in American politics and its baleful implications for the Left. While we don’t yet have the data to know for sure, Karp says, the signs so far don’t point to any significant change in that trend.

On Twitter, someone relayed a pretty mind-blowing statistic highlighted by Matthew Dowd. Apparently, according to exit polls, those who “somewhat disapprove” of Joe Biden voted for Democrats by +4 percent this year, whereas in 2010, in the Obama midterm, among people who “somewhat disapproved” of Barack Obama, they voted Republican by +40 percent.

Yeah, it’s interesting. There’s obviously some kind of abstraction between Biden and the Democratic Party going on. Maybe there’s a sort of general agreement that Biden is a different kind of president somehow. I don’t know quite what to make of that. Whether that actually says something about what the quality of disapproval for Biden is in its intensity or whether it has to do with a consciousness that doesn’t identify Biden with the Democrats, I’m not sure.

I’ll just start by saying I was expecting it to be a lot bloodier, just based on what we know from history and what we know about midterm elections and about the current economic environment — that people don’t like it.

If you just look at first-term presidents and parties in power, without exception — or rather with one exception, the midterm that happened a year after 9/11 — those parties get hammered. That’s Donald Trump in 2018, that’s Obama in 2010, that’s Bill Clinton in 1994, that’s Ronald Reagan in 1982. I think 1990 was possibly another mild counterexample. So, every time you have a situation where you have a new president — a changing of the guard, a new power comes to the throne — then people respond in the midterms by saying, “No, I don’t like that either.” And that’s a really one of the most well-established patterns in American politics.

So, just on the surface of it, knowing that alone, you would expect the loss of twenty-some seats as a baseline in the House and a significant swing in the Senate and elsewhere. So, you have something like a historic underperformance by the GOP — at least that’s what it looks like now. How did the pundits get it wrong?

It looks like the conventional wisdom is settling around an explanation that focuses primarily on, one, the poor candidate quality and the number of extreme Trump-endorsed candidates symbolized by Herschel Walker in Georgia and Doug Mastriano in Pennsylvania — these candidates are just too far out there.

The other explanation I’ve seen a lot of is abortion, basically. This summer we thought we saw that the Democrats were going to have an unusually good midterm after the Dobbs decision, and then it looked like that might not happen. Maybe it did actually happen.

I think you see some evidence for that in the exit polls — if you look at even Kentucky and Michigan, in different ways, they voted in favor of abortion rights. So that clearly had an effect too. I think both those things are right.

I think the third thing that I’d add, from a Jacobin magazine perspective  — and we’ll have to look a lot closer at the data, but there’s a general pattern — is the class dealignment that we’ve written a lot about over the years. That may favor the Democrats. Migrating to a more upscale electorate means that electorate is more likely to vote in off-year elections. You’re doing that Chuck Schumer trade, of exchanging one blue-collar voter in Western Pennsylvania for a moderate Republican in the suburbs. Well, that moderate Republican in the suburbs may be a more reliable midterm voter higher up the class pyramid.

I don’t know whether we can exactly nail it down yet, but class dealignment may have accelerated in this election. We’d have to look at the details in terms of the suburban precincts, but I suspect that it did. That doesn’t mean the Democrats didn’t win some working-class areas too, especially in Pennsylvania. Fetterman did really well, and we should talk about that.

But I think a dealigned electorate is one in which the Democrats’ traditional disadvantage in midterms — which was evident as recently as 2010 and 2014, where you had a younger, more minority-dominated electorate that was to some extent also more working class — is alleviated. You have a much larger college-educated base now, which is a factor on the margins too. That means that Republicans are going to have a smaller or maybe nonexistent midterm advantage.

What do you think about the ideological lessons? I don’t necessarily mean lessons that we should draw on the basis of objective fact, but rather: How will this affect conventional wisdom about who the Democrats are and where they’re going ideologically?

A year ago, the conventional wisdom was that it was a party that was racing to the left. But very recently, it seems as if the Democrats have ended up somehow being the party of moderation and reason.

Yeah, I think in some ways the Supreme Court and the economic headwinds have combined to blunt the Joe Biden-as-FDR narrative and change the story to this new story of right-wing extremism, centered on both abortion and of course January-6-type stuff, which may have had some effects on the margins, especially in those suburban swing areas.

I saw Matt Christman saying in a tweet that the Democrats are now the “normie” party again. And that did seem to happen — that sort of thing certainly killed the Republican governor candidate in Pennsylvania, who just got annihilated in a state that Trump won. It was maybe, what, 40,000 votes in Pennsylvania? This guy lost in an open gubernatorial election, not even running against an incumbent, by over 10 percentage points. Almost as striking as the Florida blowouts in the other direction.

So, I think you had a Democratic Party that retreated from its economic agenda in the face of both this persistent inflation that hammered it in the polls and also centrists in the Senate who blocked most of the ambitious things that Biden wanted to do. So, that narrative has rightly disappeared on the ground, and I think voters probably did perceive it.

Then, the other meta story from this week that all the New York Times people were talking about is the calcification and entrenchment of these two power blocs that are roughly equal in size. You have polarization increasing with red places getting redder and blue places getting bluer. That was evident in the Georgia counties and precincts that I was looking at the other night. We don’t live in an era of conservative or liberal ascendancy. It’s really about parity and increasingly entrenched coalitions in which large majorities in either direction and ambitious programs are hard to imagine — certainly not legislative programs.

So, there is this sense that the Right can achieve some of its more ambitious agenda through the courts in a way that the Left can’t. That may help the Left in elections from time to time. It may have the silver lining of creating a sense of urgency about barring the way to right-wing extremism, which can work in a limited way and stave off a rout like it did this week.

But on the whole, that’s not really a good trade for us, in terms of actually changing the country and improving people’s lives.